Learn to Ski For Free This Winter 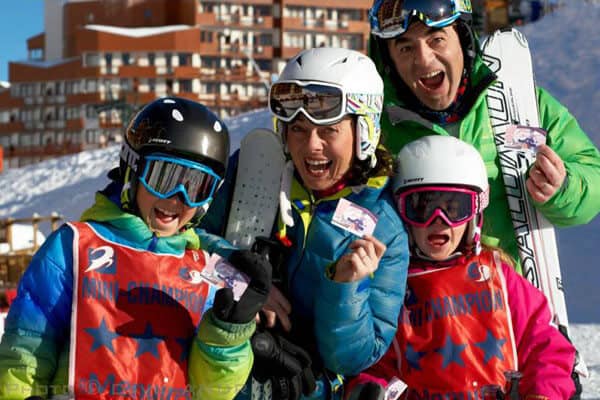 Learn to ski for free this winter, courtesy of five separate ski holidays. That’s the mouthwatering prize on offer this month from Les Trois Vallees – the ski area that encompasses Meribel, Courchevel and Val Thorens.

The competition is open to British families who have never skied before, and the winners will enjoy five holidays (two full weeks and three weekends), as well as getting their ski lessons, ski clothing and skis and boots for free. The value of all these items tots up to a staggering £30,000.

What’s the catch? Only that the family must be willing guinea pigs in an experiment: to see how far a group of keen but utterly inexperienced skiers can get in a single winter season. They must also be happy to be filmed, photographed and blogged about as they soak up their time on the snow. By following their progress through the season, Les Trois Vallees hopes it can inspire a new wave of skiing families up onto its vast 600km network of pistes.

The competition is called ‘Easy Rider’ – and it was piloted last year in France. The Boutry family from Montelimar won: and as you can see from the photograph, above, they were pretty pleased. Who wouldn’t be?

To enter, all you have to do is to make a video with your kids explaining why you’d all be a great choice for the project.  Then load it onto Youtube and share it on the Trois Vallees Facebook page before Monday October 29.

And if it all sounds like too much of a long shot, just remember that everyone else is going to think that too. This kind of competition, in which you have to actually do something rather than just tick a box, always attracts a narrow field. So get your video camera out and get the kids gurning. We’ve never seen a prize as fat as this offered in the British ski market before. It could be yours!

One Response to “Learn to Ski For Free This Winter”