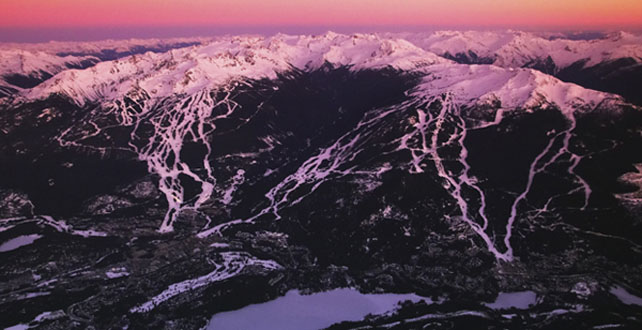 Thinking of skiing North America next winter? Then check out the current crop of early booking offers, which are available until August 31.

The Whistler deals are particularly eye-catching – typical of the cuts we’ve seen in recent years, as the big Canadian resort tempts skiers to book early.

For example, the five-star Chateau Whistler is currently offering 60% off accommodation prices, and free upgrades to a deluxe slopeside room. With Ski Independence, 10 nights in January start from £1,397pp, room only, including flights and transfers, based on two sharing. Discounted lift passes are also available until August 31.

Whistler isn’t the only Canadian resort cutting prices. Panorama in the Canadian Rockies is offering 50% off accommodation and transfers for stays of seven nights or more, plus 50% off lift passes, and a 2-for-1 heli-skiing deal, which works out at £230pp. With Ski Safari, one week starts at £1,019pp, including flights and transfers, based on two sharing a self-catering apartment.

Meanwhile, south of the border, Park City in Utah is offering significant early-season price cuts – part of a promotional drive in the wake of its union with the neighbouring resort of Canyons. With Skiworld, ten days at the Park City Peaks Hotel is currently discounted by 40%, and starts from £1,229pp, B&B, based on two sharing, and including flights and transfers.

This is a great time to buy the Epic Season Pass too. It’s valid in Park City and 10 other American resorts, and offers several days’ free skiing in high-profile European resorts (though these have yet to be confirmed for winter 2015-16). The price is currently $769pp – until September 7.

However, before you book a deal there is one caveat to bear in mind about North American skiing this season…

This will almost certainly be a big El Niño winter

El Niño is the Pacific Ocean climate anomaly which affects weather right across the Pacific region. This year, it’s already in place, and it could yet develop into the most powerful El Niño on record. Even the famously unexcitable Climate Prediction Centre in America (CPC) has been categoric about this. In its latest report, it says:
“the forecaster consensus unanimously favors a strong El Niño. Overall, there is a greater than 90% chance that El Niño will continue through Northern Hemisphere winter 2015-16, and around an 85% chance it will last into early spring 2016.”

Traditionally El Niño is credited with producing super-snowy winters in California, New Mexico and (sometimes) southern Colorado, as well as drier winters in the Pacific Northwest and parts of the Northern Rockies.


What’s more, meteorologists believe that the more powerful an El Niño is, the more likely it is to conform to type.

You can see the projected effects in the CPC’s long-range forecasts for temperature and precipitation anomalies.

However, it’s also worth noting that the long-running American website bestsnow.net is inclined to talk down the impact of El Niño. Its analyses of snowfall during the two most recent powerful El Niño events, in 1982-3 and 1997-8, have led to a rather downbeat appraisal.

Take the 1997-8 season, for example. “Viewed overall,” it says, “1997-98 was a very average ski season. Only California was much above average and only interior western Canada much below.”

In the case of Whistler, bestsnow.net’s figures show snowfall in its base area as significantly below average in 1997-8, but only slightly below average higher up the mountain. This reflects the higher than-average temperatures of an El Niño winter, and is similar to the effect we saw in 2010 during the Winter Olympics.

However, if El Niño does take hold, off-piste addicts might consider giving the inland resorts of BC and Alberta a miss.

Meanwhile, those considering California shouldn’t count on constant heavy snowfall. But there is a greater-than-average chance of some epic, headline-grabbing dumps. And, at the very least, it should bring an end to the state’s prolonged drought.

No Responses to “Early-Booking Offers Cut Whistler Prices by 60%”