The Best Mountain Food All Skiers Should Try At Least Once 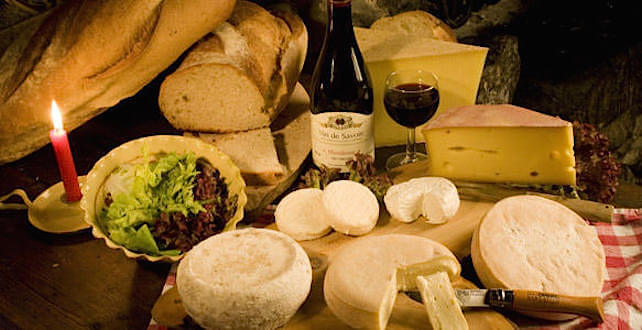 Joanna Yellowlees-Bound is Chief Executive of ski holiday specialists Erna Low and has led the company for 20 years. Given that Erna Low goes to 108 destinations in the Alps and the Rockies, it’s not surprising she knows a thing of two about ski resorts. On the evidence below, she knows a thing or two about mountain food as well.

Fancy tucking into lasagne or poulet frites the next time you step into a mountain restaurant? Then, STOP RIGHT NOW, and read this first. There are delicious and hearty culinary traditions to be sampled all over the skiing world, and many of them use ingredients produced on the slopes around you – so you can eat the mountain as well as ski it. Here are a dozen of my favourites, with great resorts in which to sample them.

There are, of course, plenty more: so if you’ve got any suggestions of your own then please add them to the comments box below. 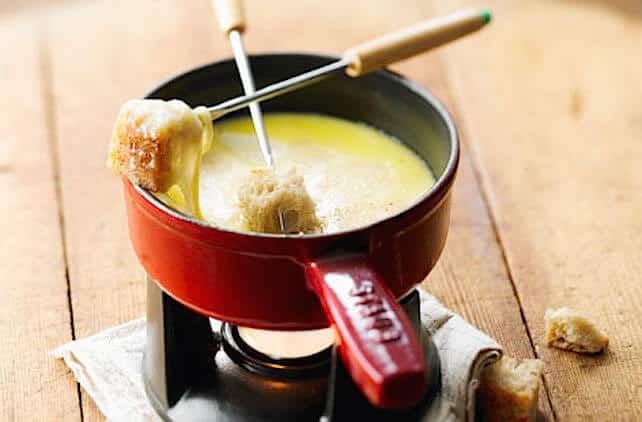 The dish: as long as there’s been stale bread and old, dry cheese, there’s been fondue – Homer even mentions a dish made of goat’s cheese, wine and flour in the Iliad. But in the 20th century the Swiss and the French made the dish their own, pressing into service whatever local cheeses were to hand, plus a glug of white wine, some garlic, and maybe a dash of Kirsch, too. For the Savoyard variety, Reblochon has long been used – and adds a velvety texture to the mix.

The place: if you’re going to eat Reblochon, then the Massif des Aravis is the place to do it. It’s where most of the world’s Reblochon is made, and it’s also home to a couple of charming ski resorts – La Clusaz and Le Grand Bornand. Restaurants are a big part of the holiday scene here, and the best include La Scierie, based in an old sawmill on the river in the centre of La Clusaz. Included on the menu are a fondue made with Champagne, and another with cèpe mushrooms. 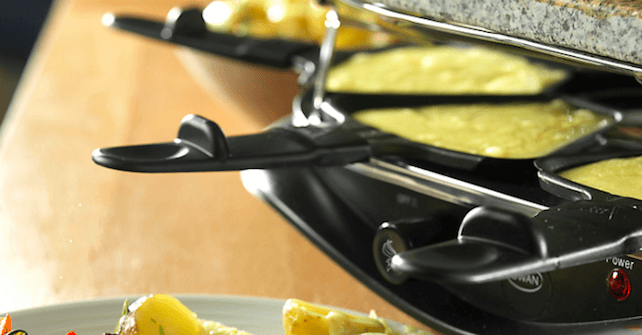 The dish: this is another way of cooking up the basic ingredients of the French mountain-dweller’s diet – cheese, air-dried meat, pickled onions, gherkins and potatoes. Ideally you need a special raclette heater, but in some mountain restaurants the cheese is melted in front of an open fire. Melting your own cheese at the table is all part of the fun!

The place: you can use all kinds of different cheese, but Beaufort is one of the best, and the resort of Les Saisies is in its heartland – set between the Beaufortain area and the Val d’Arly. The resort is made up of two villages: Hauteluce (Village de Lessy) and Bisanne 1500 (Hameau du Beaufortain), complete with cute wooden chalets and lovely scenery. La Bergerie in Hauteluce serves delicious local dishes such as raclette. 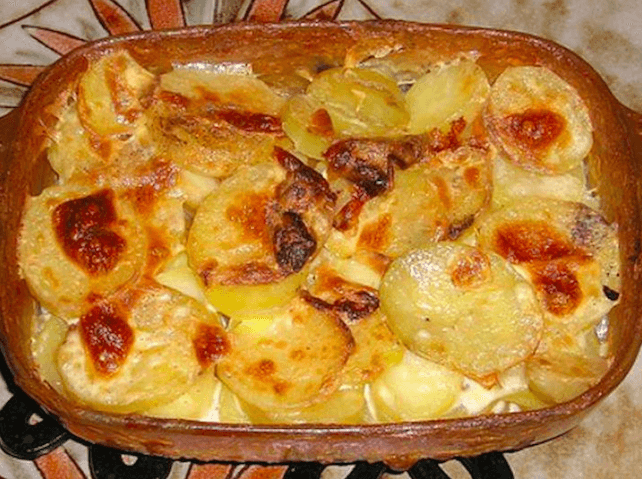 The dish: this is an 18th-century French dish that originates in the Dauphiné region of south-east France. The main ingredients are thinly sliced raw potatoes, garlic and crème fraiche.

The place: Chamrousse in the Dauphiné has a fascinating history – its first chalet was built in 1863 as a hostel for hikers and in 1968 it was home to the men’s downhill in the Grenoble Winter Olympic Games where Jean-Claude Killy won triple gold. If you fancy feast, head for La Datcha for its duck filet with green pepper sauce and Gratin Dauphinois stewed in the oven.

The accommodation: Les Balcons du Recoin residence is in the resort centre and at the foot of the lifts. 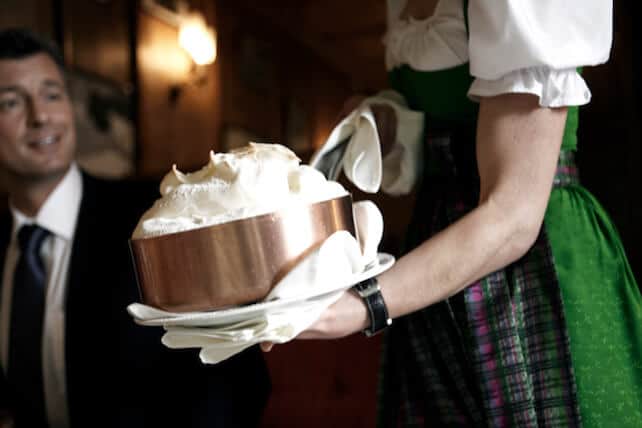 The dish: Salzburg’s signature dish is found in all the best restaurants of Salzburgerland. The three sweet and fluffy dumplings echo the shape of the three mountains above the city – topped with icing sugar to represent snow. The dish was invented by Salome Alt, mistress of a 17th-century archbishop of Salzburg.

The place: Zell am See in the Salzburgerland is in a magnificent lakeside setting with a pedestrianised centre and fine medieval architecture. Close by – and on the same lift pass – is the smaller village of Kaprun with year-round glacier skiing. Hochzeller-Alm, on the piste at Zell am See, has glorious mountain views from its sun terrace and serves home-cooked Austrian favourites.

The accommodation: Haus Holiday apartments are 50m from the nearest piste and 2km from the centre of Zell am See. 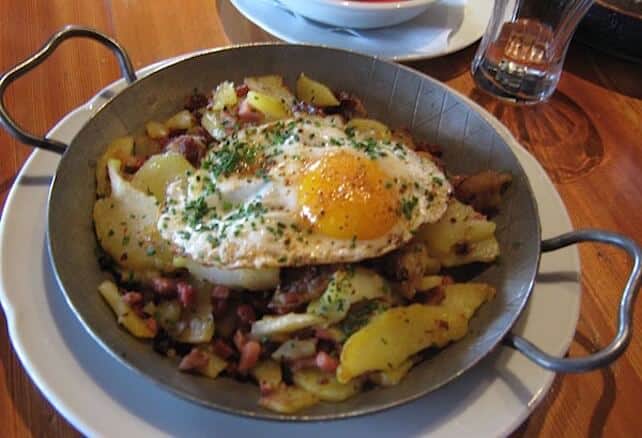 The dish: this is the Tirolean way of using up yesterday’s left-overs. The main ingredients are pork, potatoes and onions sprinkled with caraway seeds and paprika – often with a fried egg on top. It makes a great mountain lunch, best eaten straight from the pan and will keep you going for hours.

The place: Mayhofen is a bustling ski town set at the far end of the Zillertal – one of the most dynamic and varied ski regions in the Alps. The slopes immediately above town suit piste skiers of every level, and are peppered with inexpensive restaurants brimming with hearty Tirolean fare, such as Gröstl. Unterbergalm, on the backside of the Penken is one of the best.

The accommodation: Haus Sonnenheim is a family house 100m from the centre of Mayrhofen. 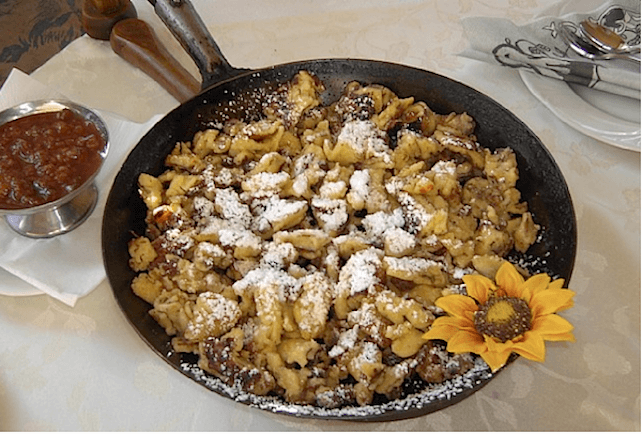 The dish: the sweet pancakes are chopped up and served with icing sugar and stewed plums or apples. History has it that Kaiser Franz Josef paid a surprise visit to his kitchens, where the chef had just ruined a pancake. The emperor renamed it Kaiserschmarrn, meaning ‘the emperor’s mess’.

The place: beautiful Kitzbuhel has fresco-painted houses and cobblestone streets and is one of the most popular resorts close to Innsbruck. Kitzbuhel has more than 70 restaurants in the resort itself, and you’ll find all the traditional favourites here. Wirtshaus von Rehkitz is renowned for its Kaiserschmarren with plum compote.

The accommodation: Hotel Zur Tenne is in the old town and its award-winning restaurant serves all the regional specialities. 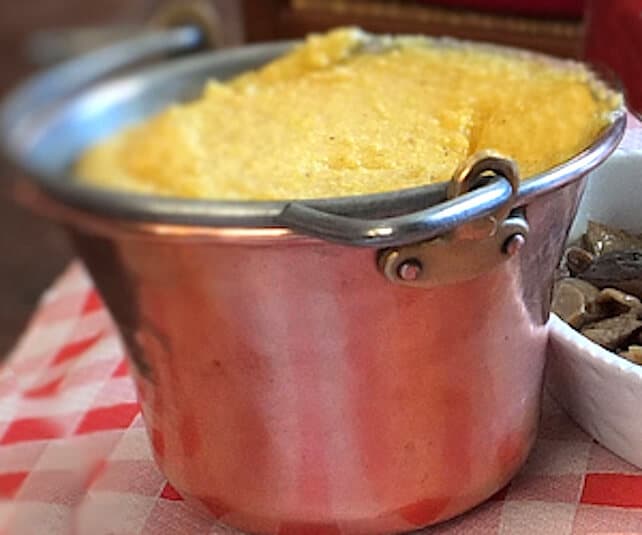 The dish: The typical maize polenta is baked and served with slices of Fontina cheese, which has been made in the Aosta Valley since the 12th century.

The place: Courmayeur and Cervinia are both in the Aosta Valley but – food apart – that’s where the similarity ends. Courmayeur is a lively old town on the Italian side of Mont Blanc, with dramatic scenery, great off-piste skiing but limited pistes. Cervinia is flatter, smoother and home to one of the best intermediate runs in the Alps: Red 7. Both have excellent mountain restaurants – such as Bontadini, above Cervinia, which serves tasty Valdostana specialities. In Courmayeur, Chateau Branlant has gorgeous views and a rustic atmosphere – and several delicious polenta dishes.

The accommodation: Saint Hubertus Resort is the top place to stay in Cervinia and has some unique apartments. 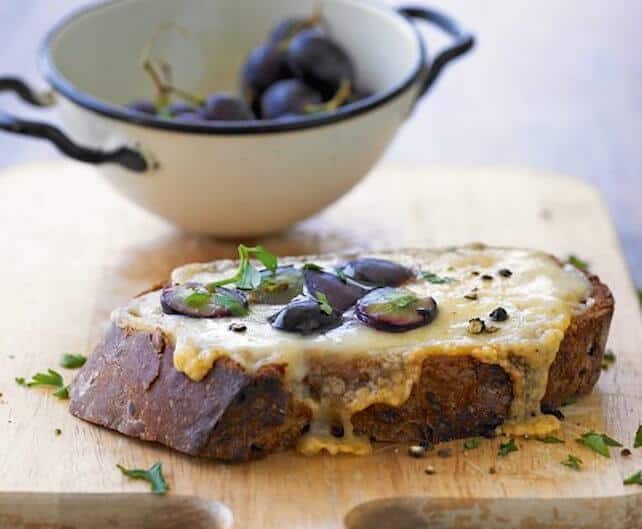 The dish: the name depends on whether you find yourself in a French- or German-speaking canton. It originally hails from the Valais, but you’ll find it all over Switzerland and in some French resorts close to the Swiss border too. Melted cheese, ham, and bread soaked in alcohol of one kind or another are the core ingredients, plus a pickled gherkin and ideally with a fried egg on top. Cheeses used are Gruyère, Emmentaler or Appenzeller.

The place: international ski town Crans Montana is in the Valais and was once two separate villages, Crans and Montana, which linked together in the 1960s to create one large resort 6km long. The scenery is fabulous and the resort is also home to 90 restaurants, with food choices ranging from local Valais cuisine to those of a dozen different nationalities. For the best Croute au Fromage in the resort, head up the mountain to Pepinet.

The accommodation: Chalet Framilou, 500m from the centre of Montana, is perfect for self-catering.

The dish: the classic peasant dish of Switzerland has spread around the world these days. It’s a bit like hash browns – a mishmash formed into a potato cake using the simplest of ingredients, again at its best when topped with a fried egg.

The place: Davos is a large spa town with some sensational skiing both on and off piste. Most famous is the Parsenn ski area shared with the smaller resort of Klosters and dotted with charming little wooden huts serving traditional Swiss Alpine fare. On the mountain, Chalet Guggel is a mountain hut in the Jakobshorn ski area, reputedly with the best Rösti in the region.

The accommodation: Hotel Seehof Davos is on Dorfseeli lake and has been offering hospitality for more than 700 years.

The dish: the tart is a 1920s recipe from the Engadin area, made from shortcrust pastry filled with chopped walnuts, honey and cream. It’s also known as Bündner Nüsstorte (or ‘Graubunden nut pastry’). It’s especially popular around Christmas time.

The place: St Moritz clings to its jet set image, with cricket, polo, horse-racing and golf on the frozen lake. But it’s the danger of the men-only Cresta run by the private St Moritz Tobogganing Club has the most allure. To service a demanding clientele, the resort has some excellent places to eat and party. Hanselmann is where to go for hot chocolate and cakes like Engadiner Nüsstorte after skiing.

The accommodation: Art Boutique Hotel Monopol is in the middle of the resort’s pedestrian area. 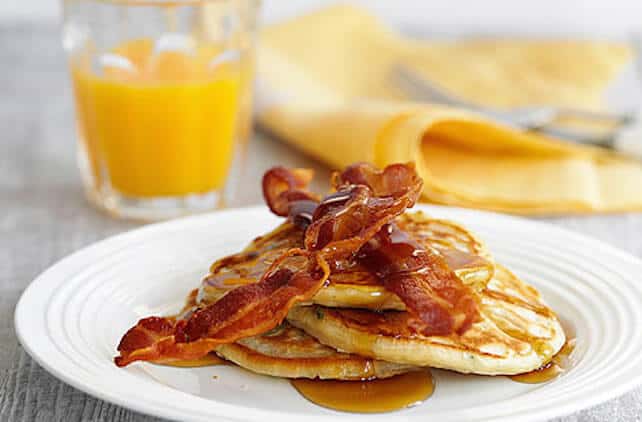 The dish: the boiled-down sap of the maple tree was first used by native North Americans and later adopted by settlers. The province of Quebec is responsible for around 75% of the world’s produce of maple syrup – used as a topping for everything from pancakes and waffles to ice cream, as an ingredient in popcorn, on toast and cereal, and even poured over bacon.

The place: Tremblant in French-speaking Quebec was developed in the early 1990s, but has all the appeal of a much more traditional mountain village – albeit a brightly painted one. Its cobbled streets are home to some lovely little bars and restaurants ranging from award-winning Aux Truffes, which offers Quebec duck foie gras, venison and truffles to the simpler Creperie Catherine which serves natural crepe with pure maple syrup.

The accommodation: Les Suites Tremblant is a classic condo-hotel in the pedestrian village. 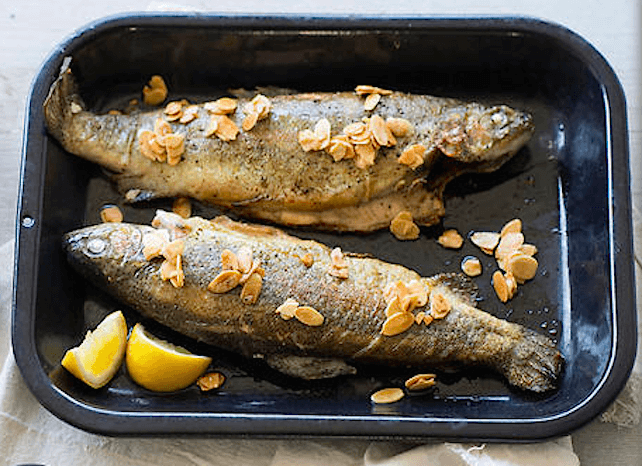 The dish: rainbow trout aren’t native to Colorado but were introduced here in the late 19th century. However they’ve made a regular appearance on restaurant menus since the early 1900s. There are many variations on this dish: some with chopped red onion, sweet peppers and grated Parmesan; fancy recipes featuring hazelnuts and haricots verts; or simpler versions with rosemary and olive oil.

The place: Breckenridge is a colourful old Colorado mining town with a lively nightlife, and a rich mix of skiing – including world-class terrain parks, underrated off-piste and some of the most soothing pistes on either side of the Atlantic. In town, the Hearthstone Restaurant serves Colorado lamb, elk, and trout in an elegant, old-school setting.

Stay: Beaver Run Resort is virtually ski-in ski-out, and there are a couple of confidence-boosting pistes on the doorstep, which are a great place to get your ski legs back.