Reasons to Ski in Norway this Winter 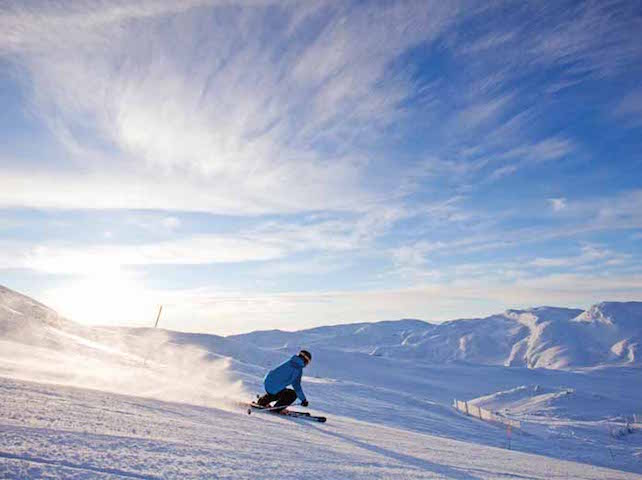 Where could you ski powder in Europe last week – without straying off-piste? Norway, that’s where. It was the last run of the day in Hemsedal and we headed for the highest lift-served point in the country, albeit at a modest 1497m. No danger of altitude sickness here. It was shortly before 3pm and the light was fading fast. Days are pretty short this far north. But we could see well enough to take full advantage of the 5.1km intermediate cruise down to the centre of town.

Thanks to the opening of a new piste it’s possible to get there on skis for the first time this winter. And what a lip-smacking way to finish it was. A few centimetres of fresh snow – some still untracked – and not another skier or boarder in sight. Hot chocolate at the bottom merely added to the glow of satisfaction. They’re planning to put in a new lift, but for the present you have to catch a bus back to the resort’s main base area.

The new run may have been the cherry on the cake, but conditions were good everywhere. Around 13cm of new snow in the previous week had added to a base of some 70cm, and if there were a few rocks off-piste there was no trace of hazards on the prepared descents.

Great snow here – and in Geilo, where I skied earlier in the week – is not the only reason to think about skiing in Norway. Here are some of the others:

Really? Crystal Ski‘s weekly flight – operated by Thomson Airways – is from Gatwick to the tin airport at Fagerness, which gets a couple of domestic services a day and has just one check-in desk. The flight was an hour or so late because one of the original aircraft’s thrust reversers had developed a fault. Normally it wouldn’t matter, said the captain, but there had been some snowfall. You could see why when he deployed both on landing. It was like an emergency stop in a Formula One car. Made up for the delay, at any rate. 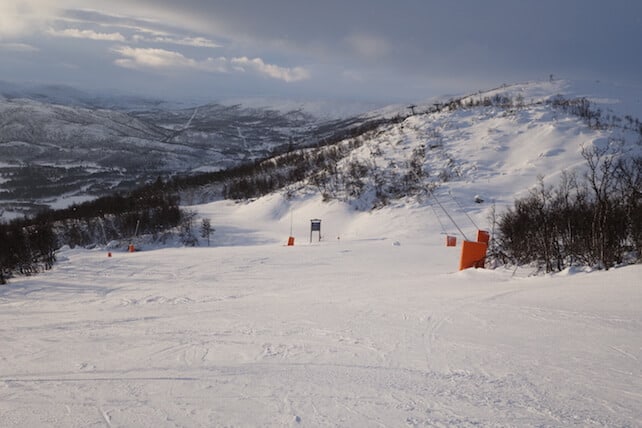 Much better than I remembered from a previous visit. Geilo is mostly fairly gentle, and perfect for those who aren’t intent on piste bashing. Hemsedal is more extensive and demanding, with lovely, long red and blue runs (besides the one described earlier) and some interesting looking off-piste terrain. 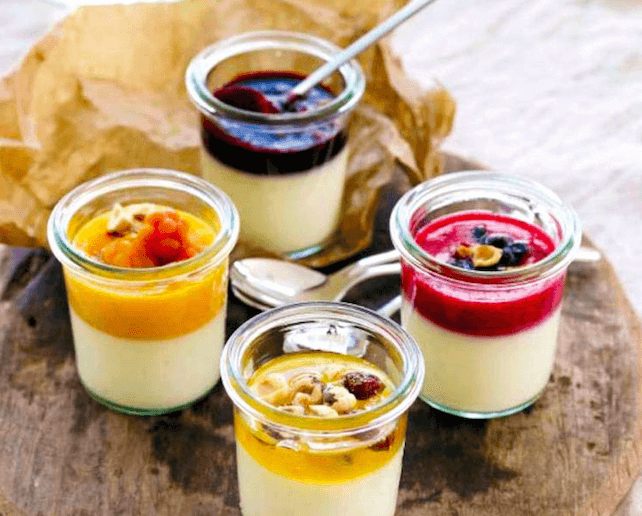 Puddings at the Harahorn Hotel.

Dull, you might imagine. Think again. New wave Scandinavian has hit the snowy regions too. OK, it’s not cheap. You could easily spend upwards of £120 for two – before allowing for wine – at a top restaurant and a burger at lunchtime can set you back £17. But I ate superbly at the Hallingstuene in Geilo – with a wonderful starter of local trout with a cream and herb sauce, followed by medium rare venison. And at the Harahorn Hotel restaurant, a 20-minute taxi ride from Hemsedal, I ate even more memorably: trout again – but smoked and sealed in a little jar, with apple, so that when you opened the lid, the smoke wafted out. Next was cured moose with crowberies and a little jar of intense chanterelle soup – mushrooms found in abundance nearby, more tender venison and a cloudberry puree with goat’s milk ice cream. Utterly brilliant.

Not flight plus accommodation, but a bizarre sort of Jagerbomb at Geilo’s Havsdaskroa mountain restaurant – a slender tube of Jagermeister at -50c, dropped into a glass of beer to keep it cold (about £11 a go). 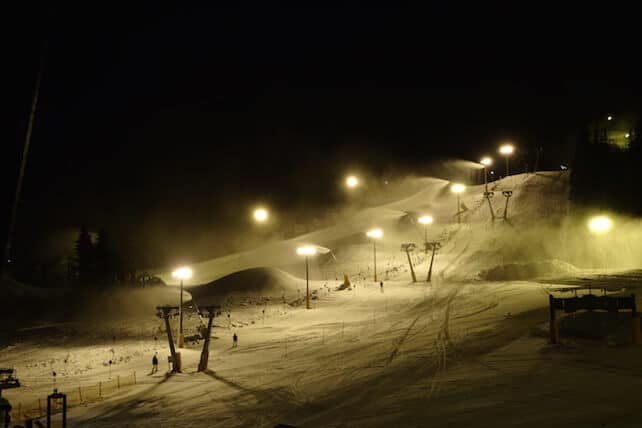 Days being short – six hours max with comfortable visibility at this time of year though it’s much longer they even leave the lights on by some pistes all day when natural daylight is poor.

Cross-country and Other Activities

This is the cradle of Nordic skiing. Geilo, for example, has some 55km of tracks. Above Hemsedal they’re planning to blast a 2km-long tunnel through the mountain, so you can ski all summer – with pressurisation so the real athletes can train, as it were, at altitude.

No need to fret that they’ll gabble at you in Norwegian (though quite a lot of the staff are Swedes or Danes). The locals speak English with all the nuances. Example: two Englishmen are renting skis. The man behind the counter says to one: “I think you are a tad heavier than your friend”.

No Responses to “Reasons to Ski in Norway this Winter”