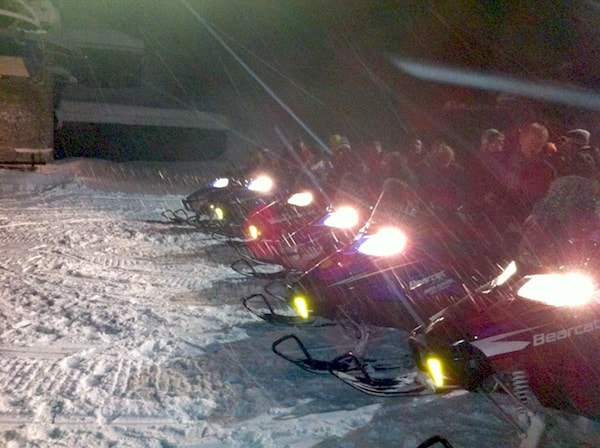 Its been bucketing down across the Alps recently and Courmayeur seems to have snagged more than its fair share of this fabulous snow that we’ve had to kick off the winter season. You could almost say that Courmayeur now has too much snow, because all the upper cable-cars and chair-lifts (Youla, Arp, Gabba, Rifugio Torino etc) are closed due to the avalanche danger.

There’s well over a metre on the lower slopes and two metres-plus on the upper areas that will be opened once all the avalanche blasting of has been carried out. Anyone skiing off-piste in the trees and the non-exposed areas would do well to get hold of the widest skis they can – they make a huge difference to powder skiing and even though they can be tough to control on piste the skiing is so easy under these conditions that edging and carving are hardly necessary.

In last week’s report I wrote about the new on-mountain night-time dining experience that Courmayeur is offering its winter visitors. Last Saturday I was lucky to be able to sample the high-altitude fun at the legendary Maison Vieille Refuge. The occasion was a friend’s birthday party and I have to say, he did it in style. We were whisked up by the main cable-car from the centre of Courmayeur to Plan Chercouit where a line of purring snowmobiles awaited us.

As we jumped aboard it became clear that a hat and goggles would have been useful as some protection against the freezing cold and driving snow. The sight of 50 people in black tie and ball gowns in the middle of an Italian blizzard did surprise the waiting snowmobile drivers and they shook their heads in disbelief at the sight of a brave Scotsman in the traditional attire of tartan kilt and hairy knees.

After a revving-up session reminiscent of a gathering of alpine Hell’s Angels, we were soon into the swing of things hurtling up the dark, powder-covered pistes. The powerful headlights of the snowmobiles and the burning torches that had been placed in the snow to mark out the route helped the drivers to navigate and 10 exhilarating minutes later we were being served aperitivi in the warmth of the refuge. Our Scottish friend confessed that it did take more than just the one drink to thaw out all his extremities.

The night was a great success with parents, kids and even a five-week old baby, tucked up in a separate chalet-cum-creche, all enjoying themselves – great food, music and dancing meant it was a night to remember. Shuttles back and forth to the cable-car throughout the evening meant that anyone who wanted to call it a night before the diehards descended at 2am could easily get back down to the resort and their beds. 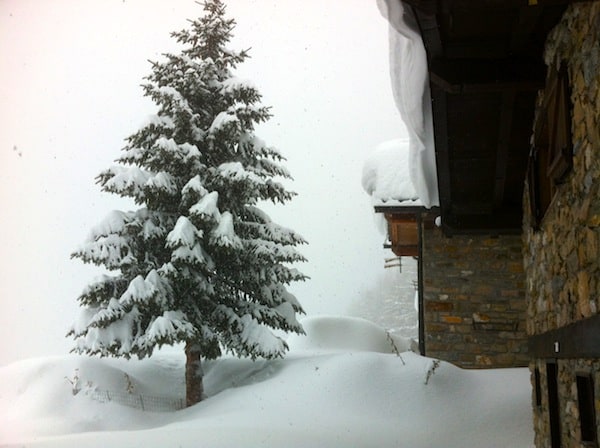 Despite the fairly delicate heads the next morning, a few of the revelers headed out into the mountains of powder and were treated to deserted runs, pine trees groaning under the weight of the fresh snow and the most perfect start to the season we’ve seen for many years.

No Responses to “Night-Time Adventures in Courmayeur”