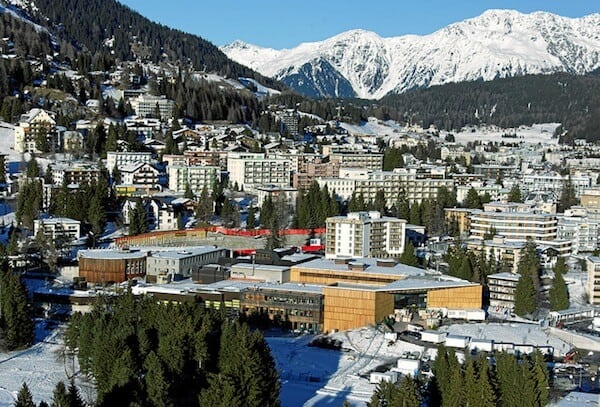 The large spa town of Davos has a life beyond skiing, for each winter it receives worldwide exposure when global movers and shakers gather for the World Economic Forum. While the likes of Barack Obama and Bill Gates are airing their predictions in the conference centre each January, skiers and riders are just as importantly engaged on the mighty mountain above.

The Parsenn is one of Europe’s classic ski areas, where the sport first developed in the early 1880s when a local businessman imported a pair of the new ‘Norwegian snowshoes’ from Oslo. They quickly became the rage, and a local carpenter carved copies. The trend soon caught the attention of the large foreign community in Switzerland’s top sanatorium resort for victims of tuberculosis.

It might have ended there but for the man who was about to become Britain’s first ski writer. Sir Arthur Conan Doyle had brought his terminally ill wife to Davos in the hope of a cure for TB. During the many months of her treatment he became hooked on skiing. He wrote about his experiences in Strand magazine and encouraged a whole generation of well-to-do Brits to come out and try it for themselves.

Nearly half a century slipped by before the first mountain railway was built, and then, in 1934, a local man came up with the invention of the drag-lift within weeks of a similar contraption being designed in Alpe d’Huez in France. Davos never looked back. As antibiotics put the sanatorium business into decline, winter sports became increasingly big business.

The town – the highest in Western Europe – is by no means attractive. Large hotels that are urban rather than alpine in construction and character straggle along the roadside for a couple of kilometres from the railway half of Davos Dorf to Davos Platz. Where you stay is of crucial important to ski convenience. Of the two sectors, Davos Dorf is best for skiing, while Davos Platz has most of the shops, restaurants, and nightlife. Regular buses run the loop of the one-way system, but it can be a long walk home to Davos Dorf late at night.

No Responses to “Davos, Switzerland”