Guide to the Mountain in Grimentz 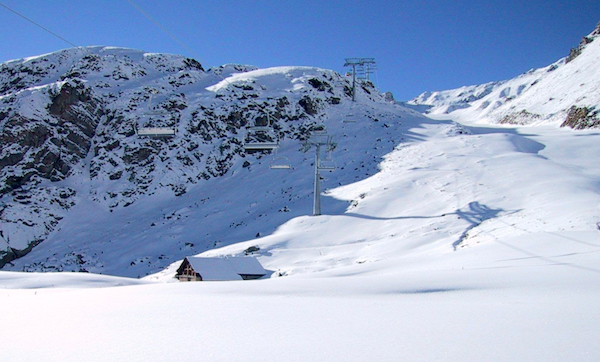 Grimentz is one of the four ski areas in the Val d’Anniviers. The others are Zinal, now linked, and the two more distant areas of St-Luc/Chandolin and Vercorin.

Between them, they offer 220km of pistes, but somehow it doesn’t quite feel like that. Skiing on piste here is a rather bitty experience, and it’s not helped by the rolling terrain. You can see it in the picture above. This is a nice, cold bowl, which offers skiing from 2900 to 2130m. But the pistes roll over all those bumps and flats, and it’s hard to cut loose and really get your rhythm going on them.

Actually, the best piste in the Grimentz is the FIS black, from the mid-station down to the resort (2130m to 1570m). Its lower section is proper, straight-down-the-mountain stuff, though the snow quality suffers when it gets warm.

Probably the best waymarked run in the whole valley is in Zinal – the Piste du Chamois black. We haven’t skied it yet – but reporters rave about it, including Fall-Line magazine: “Technically it’s a piste – they somehow get a machine down it as a sort of dare – but ski it and you’ll realise it’s a piste in the same way that ski jumping is a type of skiing”. We’re not entirely sure what that means, but clearly they were impressed.


On-piste, the Val d’Anniviers is a bitty experience. Off-piste, it rocks

In general, it’s experts with a bit of cash to spend on a guide who will like this place most. There’s a freeride area skier’s right of the pistes in Zinal, and a couple of waymarked, but unpisted, intineraries in the Grimentz sector. But it’s when you start heading away from the lifts altogether – for example, off the ridge that rises to the right of the picture, above, and culminates in the 2853m Roc d’Orzival – that it gets really exciting.

Two gondolas link Grimentz and neighbouring Zinal with its 70km of runs, where there is also 19.5km of cross-country trails, and an avalanche training centre. 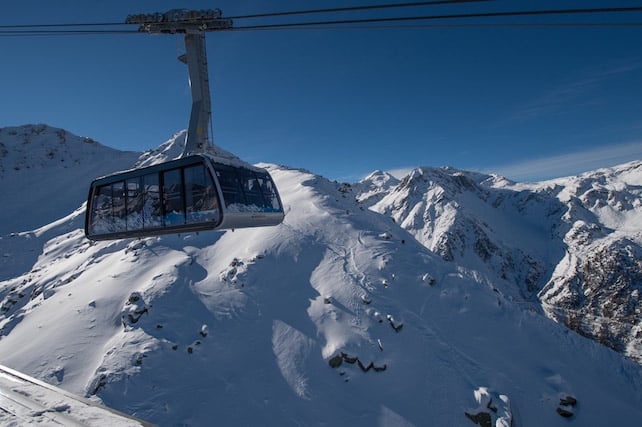 As we’ve said, the Val d’Anniviers’ strongest suit is its off-piste potential, off the back of the Roc d’Orzival above Grimentz, for example, or within the ‘freeride’ area at Zinal. You need good snow conditions, of course – but the powder, when it comes, will last longer here than it does in Verbier or Zermatt.

Intermediate riders, who are still developing their linked turns will have less fun: most of the lifts above Zinal are drags, and one sector in the Grimentz sector is only served by drags, too. You won’t enjoy them. Meanwhile, the terrain park, next to the Orzival drag is home to some good mid-sized kickers.

3 Responses to “Guide to the Mountain in Grimentz”