Where to Stay in Saint-Lary 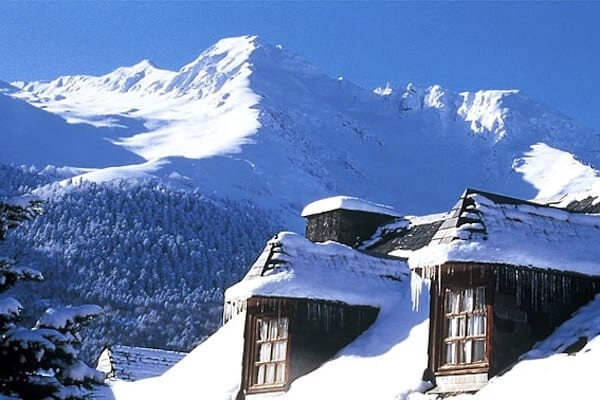 Saint-Lary village (or Saint-Lary Soulan) is the sort of place where you’ll find unspoilt stone-built houses and small country inns rather than big brash hotels and concrete apartment blocks. It’s a four-minute walk from the village to the cable-car which takes you up to Saint-Lary Pla d’Adet, the more modern ski station.

However, a reporter advises: “You don’t have to stay at Pla d’Adet and slog up the hill to the lifts. There’s also accommodation at Saint Lary 1900, closer to the lifts and with more direct access to the main ski area”.

Hotel Mercure  is one of the two hotels in the resort with more than 20 rooms (it has 65). It is located close to the thermal baths, and offers its own balneotherapy treatments as well as a restaurant serving regional cuisine and healthy dishes. La Pergola is a charming hotel with lots of character, set in the woods at the heart of Saint-Lary. All the bedrooms are individually decorated, ranging from the single Charme rooms to the Montagne rooms, which have power-showers and LCD TVs. The hotel is also home to Les Tables Gourmandes restaurant.

Hotel Aurelia is slightly out of town but makes a comfortable base with an excellent restaurant. Two-star Hotel du Val d’Aure is five minutes’ drive from Saint-Lary village but worth the inconvenience. It’s a small, delightful riverside hotel set in seven acres of parkland with views of the mountain peaks. It has 20 rooms and a warm family atmosphere.

Les Chalets de l’Adet are two chalet-style buildings containing 44 apartments and an indoor swimming-pool. They are conveniently located at the foot of the slopes and just 100m from the shops.

Cami Real is centrally located, 300m from the spa and the cable-car and built in traditional Pyrenean style. It houses 102 well-equipped apartments on three floors, as well as an indoor swimming-pool. L’Ardoisiere is built in traditional style and containing a swimming-pool and wellness centre. Les Rives de l’Aure  is set in an attractive position by the river and yet is close to all the facilities of the village. The thermal baths are just 50m away.

Hoel les Arches is a family-run two-star hotel with a three-star residence of 25 apartments located in centre of village. It is nicely decorated and has a sauna, Jacuzzi and fitness room and a shared leisure area with TV, games and library.

No Responses to “Where to Stay in Saint-Lary”