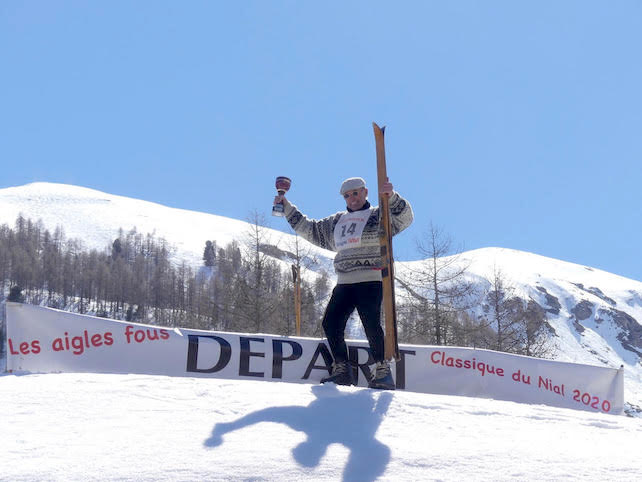 But how were they permitted to race, when even walking up the slopes is banned?

And we’re only allowed out for an hour…

And gatherings of more than two people are banned?

First, because Jean-Pierre is from an old Val d’Isere family…

Secondly, because he was the only competitor…

And thirdly because he cheated slightly, and was standing on the roof of YSE’s Chalet les Gnellets! 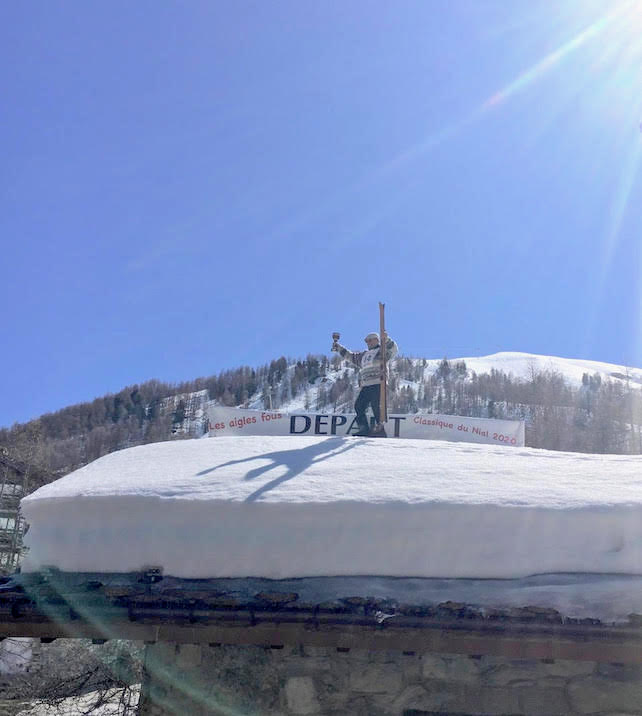 When former Olympic skier Fiona Easdale teamed up with long term Val d’Isere resident John Yates-Smith in 1991 to form YSE, they started with a dozen chalets and a mailing list made up of friends and family. After 35 years in Val d'Isere, YSE now has 20 chalets with 75% of their bookings coming from people who've been before, or their friends.

No Responses to “Ski Racing In Quarantine”

Ski and Pamper in The Alps
100 %
Tweenager Tips: How to Enjoy Ski Holidays with Older Kids
98 %
How to Go Green On Your Ski Holiday
98 %
St Anton, Austria: Wild Nights, Steep Pistes and Challenging Backcountry
97 %
Weird and Wonderful Ski Fads and Fashions
94 %
© 2020. All Rights Reserved. Created with love by WL2S