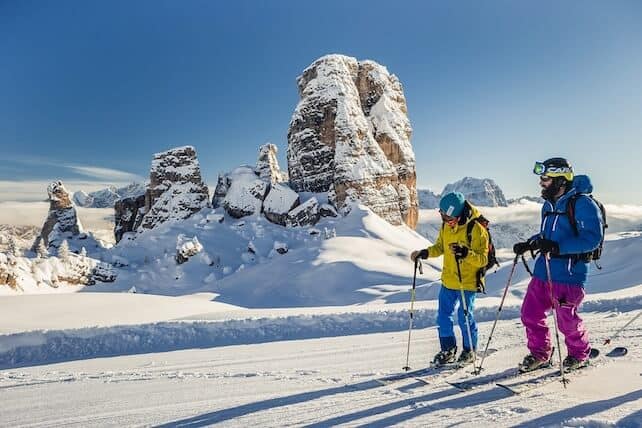 Italy’s smartest winter destination, dominated by its magnificent green-and-white bell tower and a glittering confection of grand 19th-century mansions, sits in splendid linguistic defiance of its neighbours, a two-hour drive from Venice.

Cortina d’Ampezzo is used to being in the public eye: it hosted the Winter Olympic Games in 1956, and was the location for the Peter Sellers film The Pink Panther in 1963, the famous chase on skis in the James Bond film For Your Eyes Only took place here in 1981, and the Hollywood movie Cliffhanger starring Sylvester Stallone was located on the mountains here in 1993.

Despite being variously occupied over the centuries by foreign invaders, Cortina has stubbornly maintained a spiritual independence of its own. While the residents of surrounding towns and villages primarily speak Italian or German, native Cortinese cling to their ancient Ladino language to converse among themselves.

The town is surrounded by soaring cathedrals of dolomitic limestone that rise to over 3000m. These distinctive mountains, named after French geologist Deodat de Dolomieu, turn a surreal shade of pink in the final rays of the setting sun. Encroaching twilight is the signal for Cortina to come out to play. A colony of voluminous fur coats and designer ski wear gathers noisily in the Piazza Venezia at the start of the evening passeggiata. 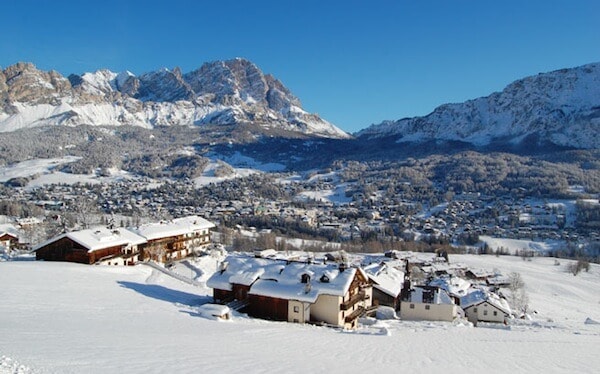 Shopping, eating out and apres-ski are more important than skiing

The actual business of skiing plays second fiddle to the social sport of seeing and being seen in the elegant boutiques and antique shops that line the Corso Italia, the pedestrianised main street. Much later, the perpetual party atmosphere is transferred to intimate wine bars, expensive restaurants, and a smattering of softly-lit nightclubs.

The skiing has plenty of appeal for all standards. But one reason for the resort’s failure to attract a significant international clientele in recent decades is inevitably related to the lack of regular investment in high-speed mountain transport. However new detachable-chairs have been added in the past few seasons – in each of the Cristallo, Faloria, and Tofana areas. This is at least a start.

“The reason why I love Cortina is that it isn’t just a common mountain resort, it’s more,” said a reporter. “The scenery (probably the best in the Alps, St Moritz doesn’t even come close), the beautiful centre, the shops…walking on a snowy Corso Italia window shopping while drinking a vinbrulè is priceless.”

See also our feature 8 Things We Love About The Dolomites.