Geraldine Fasnacht represents the ultimate in action packed travel. She’s an extreme freeride snowboarder, microlight pilot and skydiver. Her idea of a little light, adrenaline-fuelled recreation is to climb one of Europe’s highest peaks and then dive off it in a wing suit at speeds of up to 180 kilometres per hour. She lives in Verbier.

‘The real beginning,’ she says ‘was when I did the Verbier Extreme, when the Freeride World Tour didn’t exist.The tour started right after and I was part of that as well, and I competed for eight years on a high level and had eleven titles on the world tour and three at Verbier Extreme on a snowboard. I started snowboarding when I was eight years old and this was for me a real beginning of something, I found of a real passion for the mountains and I really wanted to go further with my snowboard to ride new lines. It’s really why I started to learn how to behave in the mountains…because of my snowboard.’ 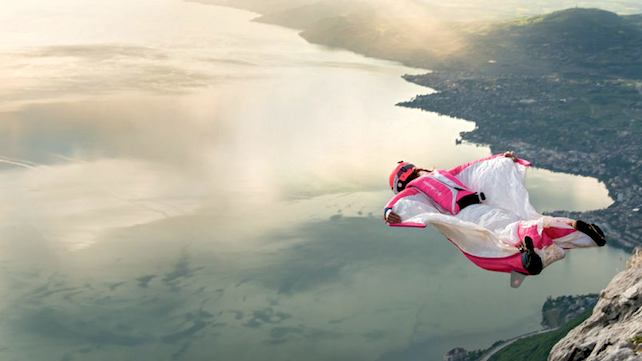 Geraldine started skydiving because one of her colleagues, when she was working for Swissair at Geneva Airport, was a skydiver and introduced her to skydiving.

‘I just loved it and I didn’t want to stop.’ Her goal was to combine her love for the mountains with skydiving, so after two full years of skydiving with 300 jumps from a plane, she started base jumping. She jumped off Les Drus, Chamonix, in 2012 and it was her first big mountain jump.

‘At that time it was the evolution of wing suits, but certainly one prototype my sponsor sent me made a huge step forward.’

She has also wing suited off Aiguille du Midi, the Matterhorn, Baffin Island, and Iran. Find out more about Geraldine from her website, and you can also on Instagram and Facebook. For a full interview with Geraldine, go to the Action Packed Travel podcast. 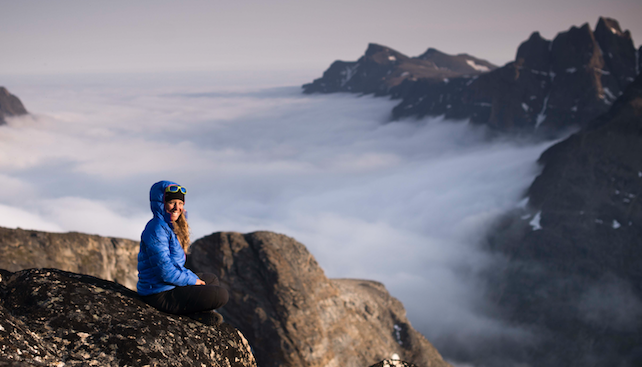 No Responses to “High-Flying Geraldine Fasnacht”