Feeling Rusty? Then Follow These 5 Steps Back to Skiing Well 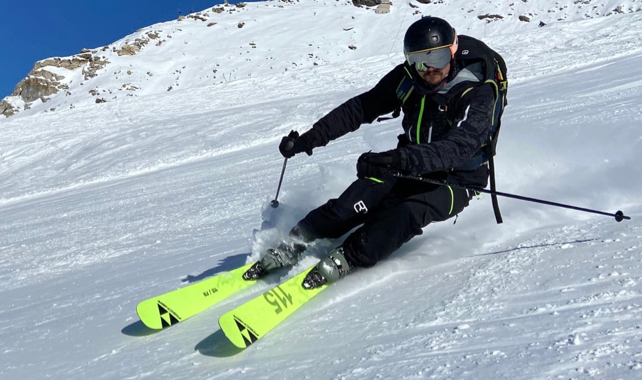 Don’t expect to ski like Stefan Eisenmann on your first day back on snow. Photo: Welove2ski.com

How do you get back in the groove, after a long time away from the skiing? It’s a question many of us have pondered lately, as we’ve approached our first post-Covid trip back to the mountains.

Mine was a little earlier than most. I was up on the magnificent Hintertux glacier in both October and early November 2021 – just before the world started shutting back down again. It was a joyful experience. The first time I picked up speed on the snow, whole areas of my brain seemed to wake up. I felt re-energised for weeks afterwards.

But what I didn’t feel nearly as quickly was any confidence in my technique. So I talked with instructor and all-round skiing ace Stefan Eisenmann about how to get started again without falling into all the old bad habits. He suggested these five steps.

1. Get fit before you go 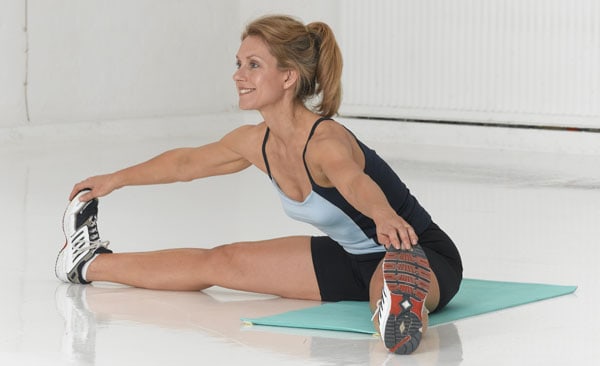 “Skiing is a sport,” said Eisenmann. “You have to prepare.” Of course, that makes perfect sense – and yet still I wasn’t physically ready to ski hard at 3,000m. I got a proper headspin on my first descent in the thin Alpine air. Later, when the euphoria of that first day had worn off I felt like I’d been wrestling a Yeti.

So don’t do what I did and hope that the occasional 10-minute burn on a rowing machine will be enough to get into shape. Try to adapt your daily life so that can accommodate bigger chunks of physical activity as well. Following a ski fitness programme is of course ideal. But really the key to getting ski fit is to focus on an activity you love. If you find exercising indoors boring (as I do) don’t battle away at it miserably and inconsistently. Do something life-affirming and energising. Why not cancel all plans for a day each weekend and go for a series of big hill walks, so you get the wind in your hair, as well as working your legs? Or how about taking up fencing or karate? You need to be light and quick on your feet to do either one: just like when you’re skiing.

2. Don’t throw yourself in at the deep end

Eisenmann highlighted two key moments when leisure skiers overestimate their ability – and make life difficult for themselves as a result.

The first is when they hire their skis. Don’t pick fat, all-mountain skis if you’re going to be cruising the groomers. And don’t opt for stiff, high-performance race skis if you’re not ready for fast and fluent carving. Be honest about where you’re at, and how strong and confident you feel, and your hire shop assistant will sort you out. Once your confidence and precision has returned, you can always upgrade later in the week. 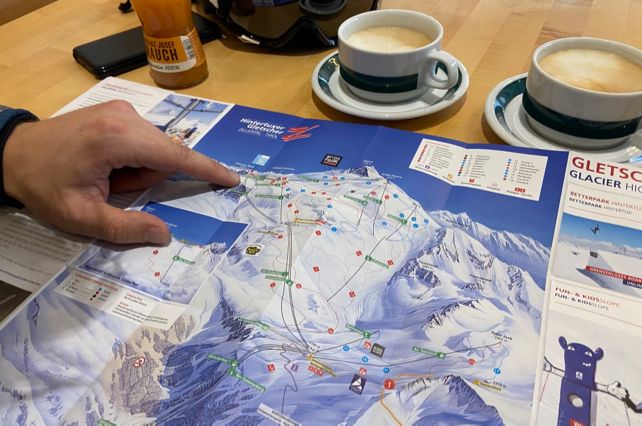 The second moment is just as important. That’s when you decide what kind of terrain you’re going to restart on. “Have a good look at the piste map first,” said Eisenmann. “And ask the locals where to find the best slopes for your level.” Then, go somewhere that’s a level below where you used to ski, and find out what the snow is like.

This bit is key. If the snow’s soft, dry and squeaky it’s going to be grippy and forgiving when you ski. So you can go back to the level you skied before the pandemic (or whatever it was that forced your break from the slopes). Red-run skiers can head back to the reds, black-run skiers to blacks and so on. But if it’s hard packed and skiddy, stay at a level of piste below the one you’re used to.

3. Loosen up before you start

Then, before you start skiing hard, do some warm-up exercises on the snow, once you’re in ski boots. Here, Eisenmann shows us five routines that work for him. Remember – don’t be manic when you do them. Each should be a gentle stretch through the joint’s full range of motion.

It’s hard to overstate the importance of this. The quickest way to get back into the groove is to sign up for an hour or two of private tuition. It’s a less regimented, more organic experience than a group lesson, and if your instructor is a good’un, he/she will tailor the lesson not just to how you ski but also to how you respond to being taught. Meanwhile you can focus on copying their moves and their line down the mountain, rather than playing follow-my-leader with fellow pupils.

A good, watchful private instructor will quickly identify the key problems with your technique. Over the course of my time with him on the Hintertux Eisenmann made a couple of really clear, pertinent observations that I’ll be thinking about for the rest of the winter.

Of course, private lessons are expensive too. But you can of course spread the load with one or two other people. And if that doesn’t work, then joining a group lesson is a hundred times better than not getting any tuition at all.

5. And think about these three points when you ski 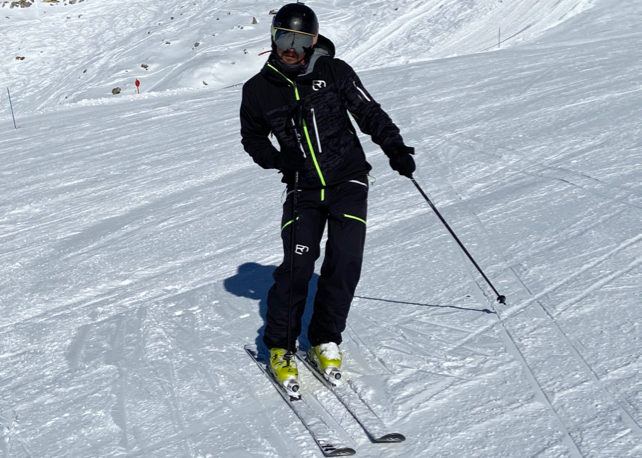 Eisenmann to give me three things to think about when I skied as I got used to the slopes once more.

First, was body posture. A bad habit I slip into habitually – especially after a while away from the slope – is not putting enough pressure on my outside ski in a turn. In part that’s because my hips aren’t angled into the slope when I do it, and my chest bone isn’t angled out from it. Above, Stefan is showing roughly how it should look. This video from the Warren Smith ski academy makes it even clearer.

And you can see more in this brilliant and ever-so-slightly bonkers video from the US.

Essentially, you’re levering the edge of the outside ski into the slope when you do this. The angulation of the legs generates a lot of the required force, so you don’t have to apply so much pressure by pressing. So in the long run it’s less tiring.

Second, we talked about movement. In the short clip below, watch how Stefan’s body moves up and down as he progresses through each turn. It comes up during the transition – when he releases the pressure from one ski and switches it the other. Then he comes down again as the ski begins to bite, with his knee forward. “You can’t release the pressure from the outside ski and let the inside ski come round unless you move upwards like this,” he reminded me. That day I wasn’t beginning that movement soon enough.

Third, he suggested what he calls the “Swiss Cross” drill – shown below – raising your inside ski boot over the toe of the outside boot, so the tip of the raised ski crosses over the front of the one that’s making the turn. It forces you to acknowledge which ski is applying pressure in the turn, and emphasises the way your weight needs to shift in the transition. “Please don’t try this on a steep piste first,” Stefan emphasised. “Practise on flatter snow until you’ve got the hang of it.”

None of these is offered as an alternative to a proper ski lesson, of course. The earlier you have one, the better.

And here’s hoping everyone gets back on the snow soon!

Welove2ski travelled to the Hintertux as a guest of the Tirol Werbung and Zillertal Tourism.

One Response to “Feeling Rusty? Then Follow These 5 Steps Back to Skiing Well”