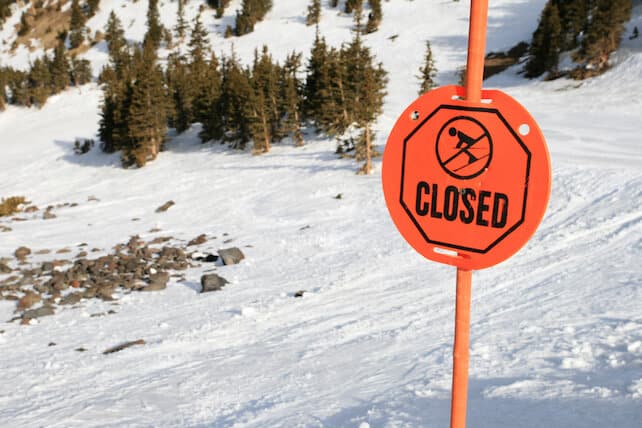 In the aftermath of the Les Deux Alpes avalanche, our thoughts are with the families, but spare a passing one for the 47-year-old sports teacher who led his class of ten teenagers – two of them to their deaths – down a closed black piste.

Despite a warning from Jean-Yves Coquillat, the state prosecutor, that he must be presumed innocent until proved guilty, French authorities and media have already cast him as the official villain of the tragedy.

But whatever blame comes to rest at the door of this wretched guy, he cannot escape being an unfortunate scapegoat. For what? For a truly rotten piece of French legislation that has led to the current Anglo-French piste war over tour operator ski hosts.

Remember it? For the past few winters ski hosting has been banned in France. Gendarmes have questioned and even arrested British skiers for leading, but not instructing, parties of adult guests around the slopes.

A handful of high-profile court cases have followed. Appeals are winding their way through the French legal system, but it may take months or even years before a final ruling on this controversial bit of strictly French legislation in the European court in Luxembourg.

At its core is the French contention that no-one unqualified can lead a group of skiers or snowboarders around the mountains, if they are being paid to do so.

This bitter conflict has escalated to a fresh level this winter with Malcolm Erskine, head of the British Ski Academy in Les Houches for the past 20 years, facing a French court for supposedly employing non-qualified coaches.

The BSA is a training facility for the cream of up-and-coming British skiers. Dave Ryding, and nearly all the British skiers who have made their mark internationally in recent years, have attended the school that combines academic lessons with specialist coaching.

Erskine, himself a former World Cup downhiller, claims that his international team of professional coaches do not need French qualifications to take pupils around the mountainside and train them on the finer points of racing technique. His main coach may not be a French ski instructor, but he was formerly head coach of the Canadian Alpine Ski Team.

If found guilty at a hearing in March, Erskine faces a fine of €1,500 and the future of the school and the racing career prospects of the next generation of British skiers are likely to be put in jeopardy.

So what’s this got to do with the teacher in Les 2 Alpes?

Everything. He’s been charged with involuntary manslaughter and, in due bureaucratic course, the findings of the court case and the judicial enquiry already launched will no doubt pontificate in fine detail on his guilt or innocence.

Most of this will centre around the fact that he admits leading the kids in his care – one of the two teenagers killed was a few days short of his 17th birthday – down a closed black run. He did this by clambering over a stretch of netting, ignoring signs in four languages stating that the run was closed. Perhaps, importantly for his defence, there was no sign warning of avalanche danger.

What’s more, the group did the run twice – firstly, on the day before the accident. However, the fatal avalanche which killed the two teenagers, along with an independent Ukranian, may or may not have been triggered by a group of a dozen Romanians and Hungarians who supposedly cut the powder-field above the piste. 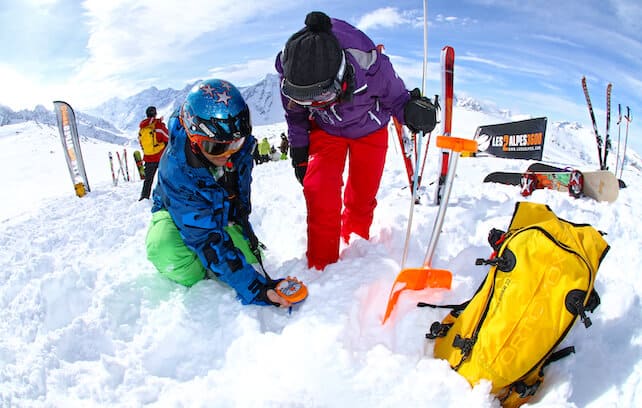 The enquiry is centred around what laws or rules the teacher broke and whether he was negligent of the children in his care. It is also examining his state of mind. It turns out that the man was discharged from a psychiatric hospital only in November and is still being treated for depression.

Hang about, forget the closed run, surely the gym teacher from the Lyon Lycee is guilty of breaking the very same law as Malcolm Erskine and all those tour operator hosts? Let’s hear it again: ‘No one unqualified can lead a group of skiers or snowboarders around the mountains if they are being paid to do so.’

No, unbelievably, not guilty, M’lud.

Despite the fact that he is not a French ski instructor – actually, he says he taught himself to ski – he’s a teacher in a French academic school and this legally allowed him to take his oversized class of teenagers all over the mountain. It doesn’t matter whether he is a sports teacher or a music teacher – or even if this was his first visit to Les Deux Alpes…or even if this was his very first day on skis.

But surely not down a closed run?

Well, technically, yes. Skiing outside the patrolled area is not illegal in France. Entering a closed piste is the same as going off-piste. Any notice telling you that it is closed is advisory rather than mandatory. It’s a matter for the individual.

However, the prosecution will no doubt argue that neither he nor the children were carrying avalanche safety equipment and the warning level was high: 3/5 and that this was irresponsible. The school may also need to explain why it allowed the teacher to lead pupils in such hazardrous circumstances when he had had a recent mental health issue.

So are you saying that the teacher could legally work for Malcolm Erskine, taking British kids down runs in Les Houches, when some of his professional international coaches cannot?

Yes. Although Malcolm might not want to employ him.

3 Responses to “The Anglo-French Piste War”