Where to Party in Klosters 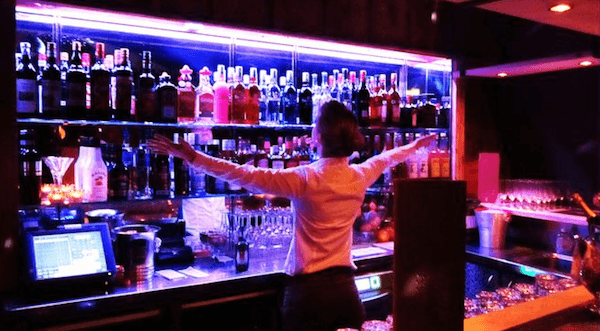 There are dozens of nice bars and four nightspots in Klosters, but this isn’t party central. Most people prefer to spend the evenings in their chalets instead of going out on the town. If you are looking for a more vibrant nightlife you’d be better off staying in neighbouring Davos.

If you do go out, the places to head for is Gaudy’s Gastrochni umbrella bar at the foot of the slopes. The apres-ski venues include the Steinbock Bar in Hotel Steinbock, and the Cresta Bar. If you’re coming from the Madrisa ski area or are staying in Klosters Dorf then there’s the Madrisa Bar (+41 81 420 4050) to go to.

Slightly later on, people tend to meet up for a relaxing drink at one of the piano bars – either the Chesa Grischuna, the Vereina, or the Silvretta Parkhotel. The buzzing Gostchnabar is the latest apres meeting point, having been totally rebuilt, and now attracts a younger clientele.

It ain’t exactly rock and roll…

The longtime party hotspot is Casa Antica, which has been a favourite of British visitors since it opened in 1959. In recent years Prince Harry’s has also been a visitor. Casa Antica is set out on three floors with a DJ and dancing on one, a piano bar on another, and a quieter bar on the third. During the week, it returns to being a classic bar, but at weekends the full dancing and DJs is on offer.

Try also the Rossli Bar, and the Mountain Pub in Klosters Dorf. Bistro Logo (+41 81 422 1996). Alternatively you could make a trip over to the casino in Davos with its 150 slot machines.

Other non-skiing activities include ice-skating, ice-hockey and both traditional and Bavarian curling at the new sports centre is a major attraction. You can also take a sleigh ride up the valley. Klosters has some shops but Davos offers a much larger selection. Anyone who enjoys alternative cinema or classical music will feel at home in the Klosters Kulturschuppen, which holds film viewings and concerts.

No Responses to “Where to Party in Klosters”