Where to Eat in Les Houches 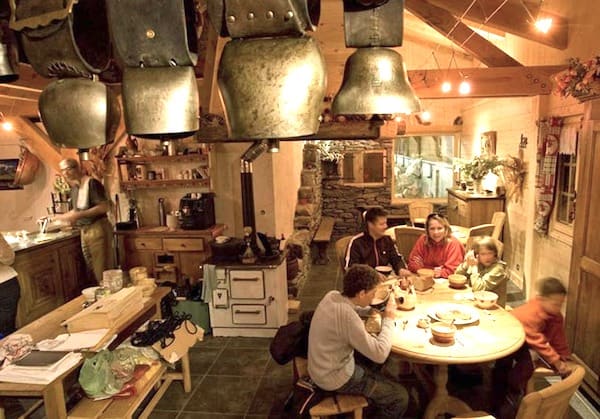 There’s a good choice of cosy little mountain huts for such a small ski area as Les Houches. Try Les Vieilles Luges, a 250- year-old alpine chalet located on the slopes, accessible by ski or on foot from the Maison Neuve car park (20 minutes’ walk). The owner is from the Chamonix Valley, married to an Australian. Their roots have influenced the creative menu – with dishes such as leek and cheese crumble, and Reblochon cheesecake.

Another favourite is Le Prarion. You can have a proper lunch at Le Hors Pistes – at the top of the Maisonneuve chair. Dishes include grilled rib steak with onion marmalade, followed by creme brulée with vanilla, bourbon and brown sugar.

La Taniere (+33 450 93 42 57) is a delightful little hut in the woods owned by Argentinian Louisa Bjorn. Her South American staff serve the usual heart-warming dishes at prices considerably lower than in more fashionable resorts such as Val d’Isere or Courchevel. You need to book as there are only eight tables, and you’ll pay a lot less than you would in next-door Chamonix. The plat du jour is either Argentinian steak or something traditionally alpine with a South American influence. Wherever you go, prices in the other mountain eateries are equally good, and in the village it is the same story.

Regional cuisine abounds in the village

Sabaudia (+33 450 54 47 72) is for traditional local cuisine, Basilic for seasonal fare, and La Ferme des Agapes (+33 450 78 31 24) also offers regional specialities. But our pick of the town’s restaurants has to be British-owned Le Delice. The food varies between an appetising selection of brasserie dishes during the day and a mouthwatering French-Asian fusion menu in the evening, whilst the stylish atmosphere wouldn’t be out-of-place in central Chamonix. The other excellent eateries are Grand Balcon which offers gastronomic cuisine, and Tables des Granges in Les Granges d’En Haut where you can dine on creative cuisine created by up-and-coming young chef, Maxime Laroy, and his deputy Nicolas Martin. There are several pizzerias in the village, and one of the newer offerings is the Indian restaurant, Ghandi (+33 450 54 63 96).

No Responses to “Where to Eat in Les Houches”