The Last Ski Resort Standing in the Coronavirus Pandemic 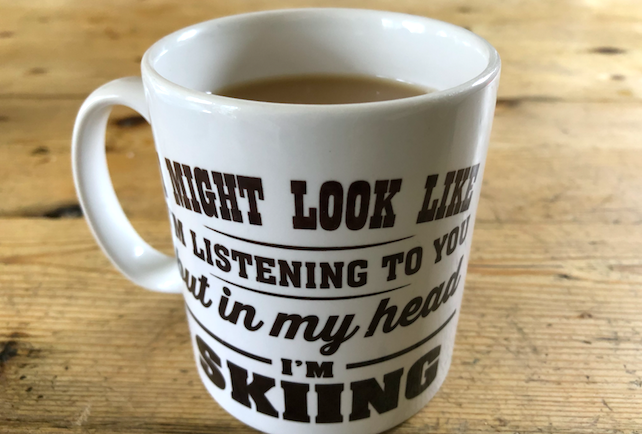 They tried, they really tried, but the combination of force majeure and fear finally prevailed. Shortly before midnight on Saturday, Val d’Isere became the last major resort in Western Europe to bow to the inevitable and shut down its lift system for the winter, a mighty seven weeks ahead of schedule. For all of us, this ironically outstanding snow season in the Alps and the Pyrenees is now over.

The domino effect had already felled other resorts across Europe. Last weekend, the Italian Aosta Valley became the first region close its lifts. Then came the Austrian Tirol. Then one by one, regions across the entire Alps and Pyrenees followed.

In the end, the knockout punch came not from the lift company, which like Val’s counterparts in Courchevel and the 3 Valleys had vowed to keep on running their gondolas and chair-lifts open to Easter and beyond. At 8pm Edouard Philippe, the French prime minister, went on TV to announce fresh draconian measures to stem the rising tide of cases of Covid-19. All restaurants, bars, and non-essential shops in France were to close from midnight onwards.

Frantic travellers scheduled to catch planes to Geneva or Chambery at first light on Sunday blocked phone lines to their tour operators. In turn, the directors of these companies struggled with impossible decisions. Their chartered aircraft would leave UK airports anyway in order bring home last week’s clients. But should they let guests for this coming week go out on them to Val d’Isere?

For a couple of hours it looked possible. The lift company wanted to keep the ski area open. On top of chalet half-board, tour operators vowed to provide packed lunches and basic dinners on the two evenings of statutory staff night off. Some mountain restaurants even indicated they would stay open until food supplies ran out…gendarmes above 2500m are thin on the ground…and the British in particular are notoriously good at creating their own in-chalet evening entertainment with the aid of a bottle or two of duty-free.

But then the bindings prematurely released. You’d think that, in a ski resort, equipment rental outlets might be classified as essential businesses. But no. Without rentals it’s impossible to run a ski resort. Tignes capitulated, and Val d’Isere reluctantly followed.

For all of us, this ironically outstanding snow season in the Alps and the Pyrenees is now over.

Just where this unprecedented state of affairs leaves the European ski industry is unchartered territory. I’ve been skiing for more than 50 years and for the past 35 of them it’s been my full time profession. Nothing remotely as serious as this has happened before.

However, as it says on the coffee cup beside me as I write this: I Might Look Like I’m Listening to You, But In My Head I’m Skiing. Self-isolation may become reality, but ski dreams are free and, unlike loo rolls, easy to acquire.

Don’t worry. Next winter mountains, snow, and sunshine will still be there. We will be skiing, but how we get to our chosen destination and where we will stay is utterly unclear. It is inevitable that a percentage of small and medium-sized tour operators will go out of business.

Hardest hit of all with the highest financial exposure are not only airlines, but chalet companies. Right now we need to do all we can to try and help these guys to survive. These companies have hugely expensive contracts with chalet owners – they’re liable for hundreds of thousands of pounds in payment for a season that was only 75% complete when the rug was pulled from underneath them.

If you’re one of the tens of thousands who have paid for a ski holiday (booked through an ATOL agency) that you can no longer take, you will no doubt be contacting your operator and your insurance company for compensation. However, if you’re a client of that company and you’ve enjoyed previous holidays with them over the years, you can really help by postponing rather than cancelling your trip. Book up for March or April 2021 rather than cancelling and seeking to get your money back now. One small operator tells me that some 40% of his guests have already taken that option. It may just allow him to remain solvent rather than go bust in the tricky year ahead.

See you on the snow next winter.