Where to Party in Aspen 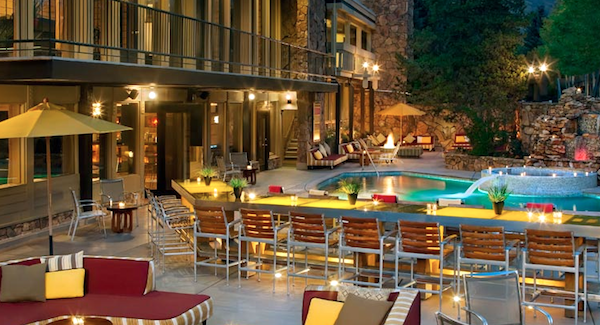 Aspen nightlife shines more brightly than any other ski resort in the USA. Most of it is pretty high-end stuff – but there’s no denying the enthusiasm with which everyone sets to their socialising when the lifts close.

Each of the mountains has a bar at the bottom – but it’s only in the Ajax Tavern at the bottom of Ajax – aka Aspen Mountain – that the atmosphere lasts more than a couple of beers.

Aspen itself is where you want to go for a big night out, and the real king of the apres-ski scene is 39 Degrees bar at the Sky Hotel. This is where you’ll find the quintessential Aspen crowd – well-dressed, well-heeled and well-connected. Each evening the action spills out of the bar, into the lobby, and all over the poolside area next to the slopes.

If you want something quieter, the J Bar at Hotel Jerome is perfect. Nearly 120 years old, the Jerome has an (updated) Old West feel to it, and the bar is chilled and chatty.

Later on the scene gets much more diffuse. For live music, head to the Belly Up which pulls in high-quality acts (this is Aspen after all). Escobar is a popular dance club. Jimmy’s is a sophisticated bar/restaurant on S.Mill Street serving ‘fierce American food’. Finnbar’s is run and owned by an Irishman and is good for sports-watching, drinking pints and having a casual dinner.

But the simplest solution to the age-old “where next?” conundrum is to head to East Hyman Avenue, between S. Monarch and S. Mill streets. There you’ll find Aspen’s four-in-one bar/restaurant complex: Aspen Billiards, Eric’s Bar, the Cigar Bar, and Su Casa (for Mexican food). If you can’t find an atmosphere there to suit you, it’s probably time to go to bed.

Yes, this is Aspen. The Ultimate Taxi is Aspen’s most bizarre apres-dinner entertainment. It describes itself as “The Only Recording Studio, Theater, Nightclub, Planetarium, Toy Store, Internet Connected Taxicab In The World”. Owner-driver, John Barnes, plays drums and a wind synthesiser, while at the same time weaving his outwardly traditional yellow cab through the traffic. Dry ice swirls around your feet, disco lights flash above your head, and suddenly you feel part of a Star Wars-style home movie (yes, Star Wars creator George Lucas has been a passenger).

No Responses to “Where to Party in Aspen”