The Best Time of Year to Ski Courmayeur 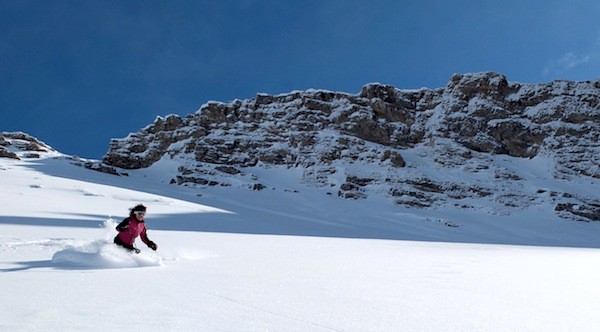 After nearly two weeks of no snow, Courmayeur is finally back in the swing of things with a series of snowfalls that have gone completely against both the run of play and the local forecaster’s predictions.

The effects of microclimates on snow conditions often come up in discussions around ski resorts and this weekend the Italian side of the Mont Blanc region provided plenty of talking points:

– Next to no snow fell in the village of Courmayeur, yet just 4km away at at the top of the Toula Glacier 3300m a massive 90cm came tumbling down.
– The nearly resort of La Thuile got a dusting of about 10cm whilst its neighbouring French ski area of La Rosiere was gifted with a very decent 50cm. 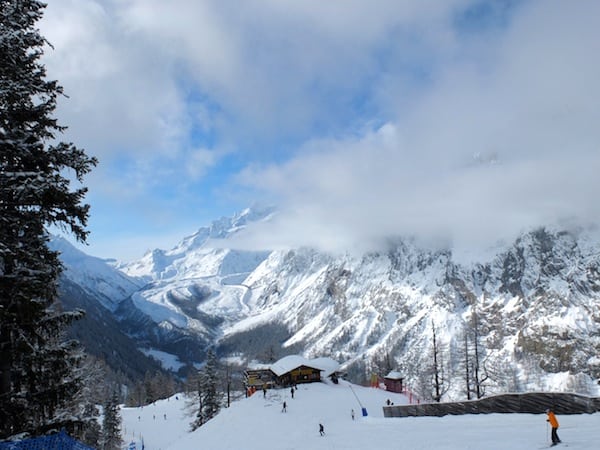 Last Sunday morning the sun came out, there was no wind and one of the best days of the season was born. Piste and off-piste were in prime condition with a delicious 30cm of dry powder and – best of all – there was no-one around. Days in the mountains rarely get better than this: no queues for the lifts and nothing but untracked snow to float through beneath the staggering scenery of Mont Blanc’s southern flank.

Mario Ravello of the Courmayeur Mountain Guide Office was out running a Freeride Clinic for some Italian guests. They told me that they’d skied for years on piste before finally plucking up the courage to try the powder. As Mario said: “What a day to learn!” 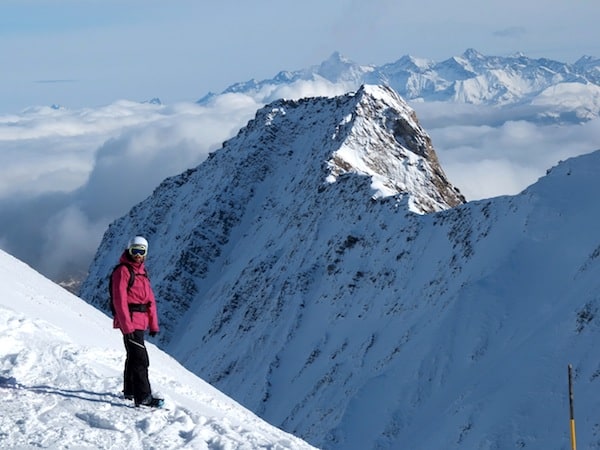 A local boarder checking out a descent. Photo: © Paddy O’Powder.

Regular readers will know that Courmayeur has several large freeride areas that offer everything from gentle runs that are perfect for a first day out with a mountain guide, to world-class descents that can test the gnarliest of cliff jumpers. In fact next weekend sees the Swatch World Freeride Tour roll into town with some of the world’s best freeskiers throwing themselves down descents that would appear to be unskiable to a normal human being – it promises to be an exciting event.

3 Responses to “The Best Time of Year to Ski Courmayeur”