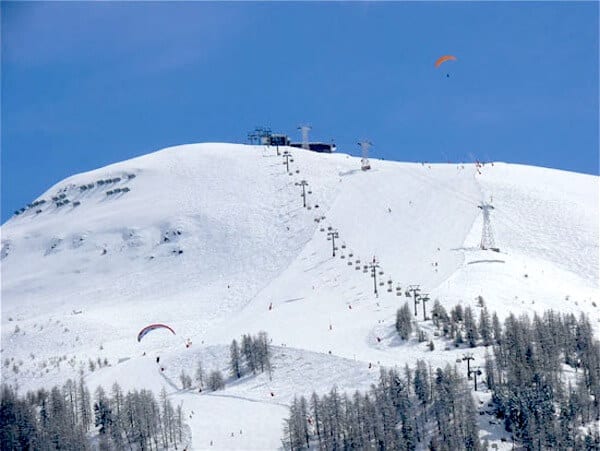 You never can tell with spring in the Alps. In recent years, the season has usually fizzled out in a blaze of sunshine. But just occasionally, the weather can go the other way. Spring 2008 was like that. And so, it turns out, is April 2012. It was preceded by a long, warm and dry spell which lasted for six weeks, but the weather broke over Easter and it’s been snowing, on and off, ever since. See our snow report here. 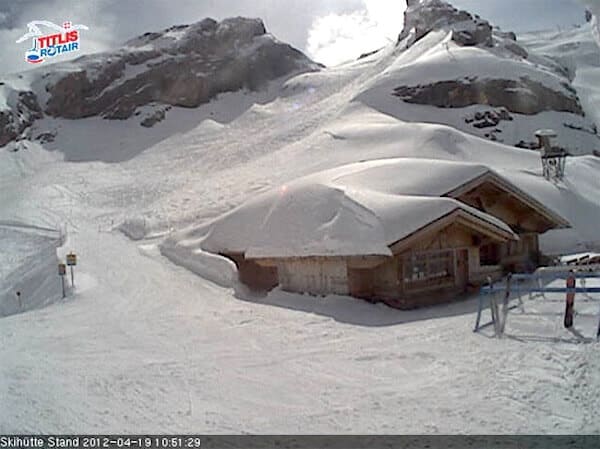 It’s a snowy end to the season in the Alps

Of course, this being April, it’s not sticking around for long at village level. As soon as the sun comes out, the new stuff is melting and the packed-down snow of the pistes is all that’s left. But higher up, there’s some fantastic skiing to be had – not least because the slopes are so deserted. 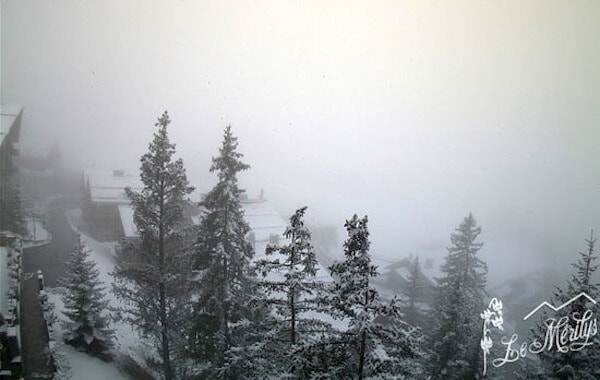 Alf Alderson, our Three Valleys blogger, was out above Courchevelyesterday afternoon and reported that “the snow on pistes is nice and dry high up and there’s some ankle-deep powder on north-facing off-piste terrain”. He also reports just a handful of skiers out to enjoy the conditions.

The only drawback at the moment is visibility. Breaks in the cloud have been rare, and that will be the pattern until next Tuesday at the earliest, as two separate weather systems muscle through the region. As you can see from the Welove2ski Snow Forecast there’s going to be snow on a daily basis – but to get the best of it you’ll have to ski above the treeline, where temperatures are still low enough to keep it in good nick. And therein lies the problem. Above the treeline, when it’s snowing, you can’t see a thing. 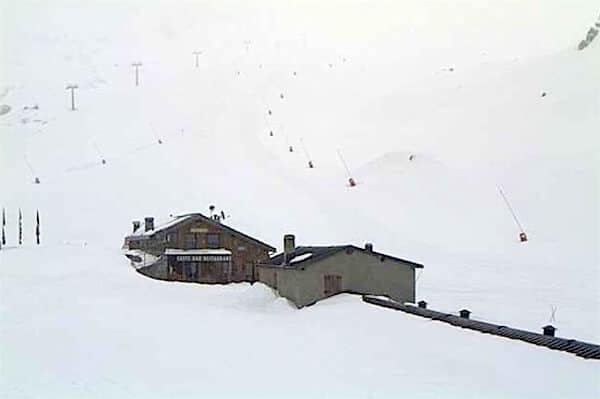 If you’re tempted to join the end of season powder party, don’t hang about. The season is winding down quickly, and only a handful of resorts keep going into May. Obergurgl and Val d’Isere close on May 1, Cervinia on May 6, and Tignes and Val Thorenson May 8. Only the glacier-based lift systems, such as the Hintertux will be open after that.

Meanwhile, up in Are, Sweden, there’s spring skiing at the bottom of the mountain, and wintry skiing at the top. Here’s how the snow was looking at altitude yesterday when the sun came out. 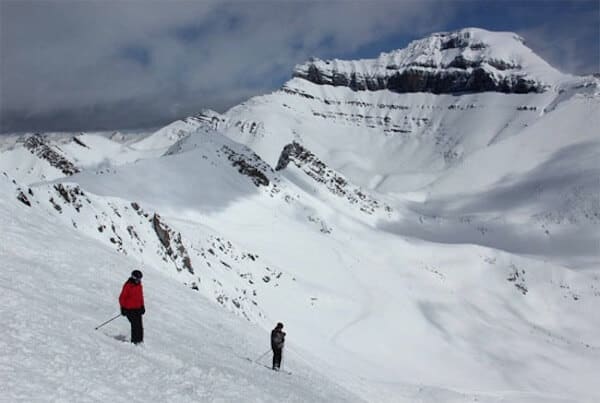 Finally, across the Atlantic, Canada’s powerful end to the season has lost some of its force in the last week. However, there has been some fresh snow in the Rocky-Mountain resorts – and in Banff National Park, Lake Louise (closes May 6) has just broken its 40 year snowfall record! Hats off to you, Lake Louise. We’re gutted not to have been skiing there this winter when conditions have been so good. 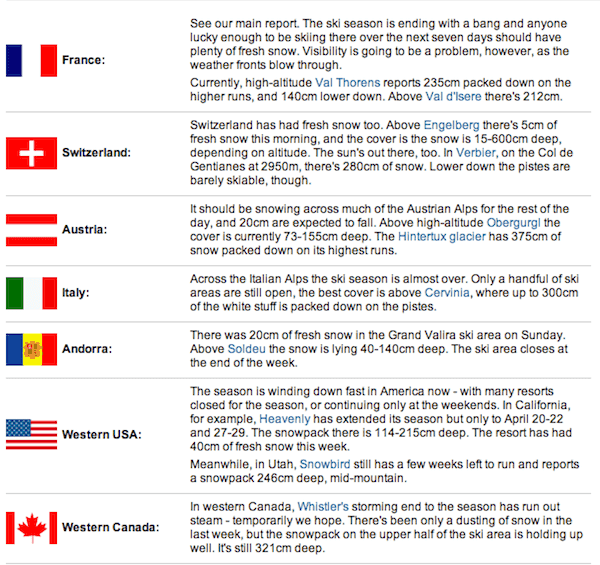 No Responses to “Snow Report, April 19”