At Last – the Forecast in the Alps is Looking Up

I thought I’d interrupt your bank holiday with a Snow Report update. Because – at last – the forecast for the Alps is looking up.

After a mild and largely snowless December, there’s a good chance the weather will start to change on January 1. Here’s our snow forecast for the day. 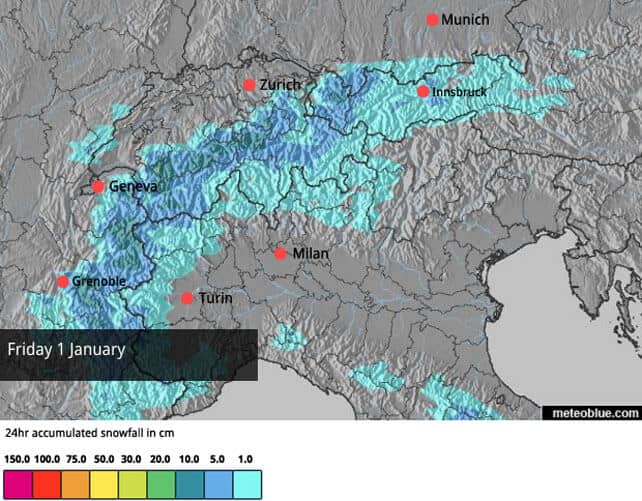 Welove2ski’s snow forecast for the Alps for January 1, 2016.

Yes, it’s only a dusting of 1-10cm, but if the mid-range weather models hold good, it’ll be just the start of a much colder and snowier spell. It’s too soon to be absolutely sure of this: but if you look at the models from the European Centre for Mid-Range Weather Forecasts (ECMWF) and the Global Forecast System (GFS), you’ll find they’re both predicting a significant shift away from high-pressure and mild temperatures, which should last for several days.

Currently these maps suggest all parts of the Alps should see some snow. It’s too soon to be sure of this of course, but by the middle of the week, the outlook should be clearer. If it’s still good, all those £300-400 ski holidays currently available for January 2/3 and January 9/10 departures will start being snapped up.

It will have to snow a lot to make up the shortfall of course, and I doubt there’ll be enough new snow to fill in all the high-altitude off-piste routes. But on piste at least there should be a big improvement in conditions on-piste.

Bear in mind, however, that the cold and snowy weather may not last. There is talk amongst meteorologists of the second half of the European winter being much colder than the first. But we have to balance against that the record-breaking weather in the Alps since the early summer. It’s been an extraordinarily warm year, and I’d still aim high in case there are more sharp thaws ahead (unless you can drop everything and go at the very last minute).

Here’s how it’s looking today in the middle Val Thorens in France. Even here, one of the most snowsure resorts in the Alps, you can see how thin the snow is off-piste on north-facing slopes. But at least they have more than half their pistes open. 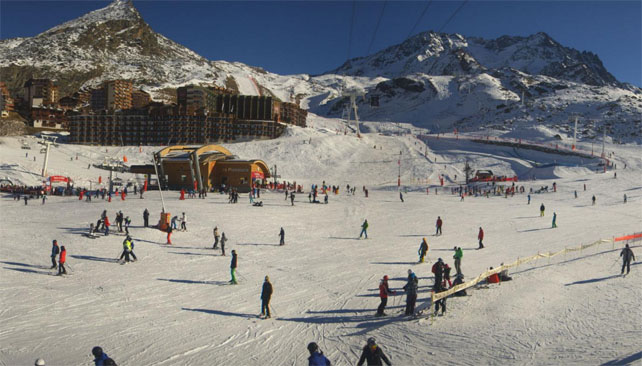 Over in Val d’Isere the snow conditions remain some of the best in Europe. Below is a picture (courtesy of YSE Ski) taken at the bottom of La Daille, the resort’s lowest point, on what is probably the busiest day of the year, and the least snowy December 28 for 52 years! 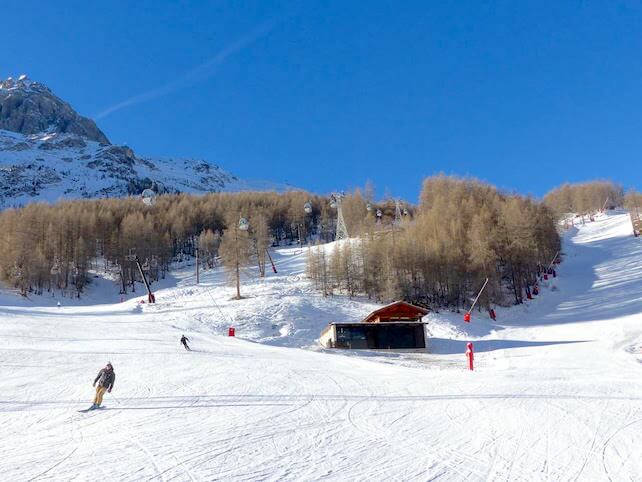 Meanwhile, pictured below is the scene near San Cassiano in the Dolomites, part of the Dolomiti Superski collective – which has managed to open over 700km of pistes, despite an almost complete lack of natural snow on the slopes. 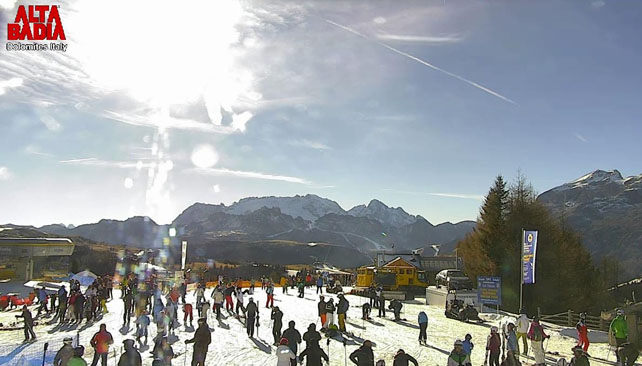 Today should see the last of the really mild weather that’s dogged the Alps this month, with the freezing point likely to rise to an altitude of 3000m or more. In the short term, however, the onset of cooler weather won’t be welcomed by nervous skiers, as it will mean more pistes will stay hard-packed and icy during the skiing day. They’re likely to be busy too, with the arrival of New Year holidaymakers. If you’re out this week, please slow down, and pick an easier grade of piste than normal.