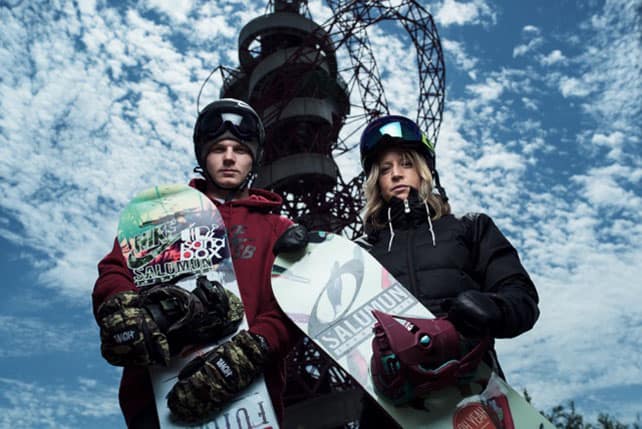 Fancy a dose of world-class ski and snowboard action, in an Olympic setting – in Britain? Then make your way to the Queen Elizabeth Olympic Park in Stratford on Saturday November 14, 2015, for the Freeze Big Air.

Many months in the making, the event was officially launched today, and is billed as Britain’s biggest-ever snowsports and music shindig. It will host two competitions, the FIS Snowboard World Cup Big Air, as well as an international Ski Invitational.

Both competitions will be held on a huge real-snow jump, measuring 120x41m. It’ll be 15m longer than the pitch at Wembley stadium and will incorporate 360 tonnes of man-made snow.

What does a World Cup big air event look like? Well, this footage from the 2013 world championships in Quebec will give you an idea.

BIG AIR. Pretty much says it all, really…

Of the two competitions, the snowboarding world cup will have the greater heft. The recent announcement that big air will be an Olympic sport at the 2018 winter games in South Korea has added extra allure to the discipline, and future Freeze Big Airs are likely to be qualifying events in the build-up to the games.

“The news that Snowboard Big Air will be an Olympic discipline in 2018 is huge for British snowboarding and skiing” said Jenny. “British riders like Billy Morgan and Katie Ormerod are real medal prospects in 2018. And the fact that we’ll be able to see the best riders in the world battling it out in the middle of London will be an amazing start to each winter. I can’t wait!”

However, we haven’t heard yet who’ll be participating in either event in 2015 – aside from British Olympic snowboarder Jamie Nicholls. We’re also waiting for news of which bands will be playing at the event.

Nevertheless, it’s good news that a Big Air event is back in London (the last was held in Battersea in 2012), at a venue with excellent public transport connections – and it should do wonders for the pre-season buzz in the capital.

We only wish that somehow – in years to come – the event could be combined with the London Ski and Snowboard Show to provide a single, focused gathering for the British wintersports tribe, and the biggest possible fanfare for the season ahead.

We also wish they’d knock down that ghastly Orbit sculpture in the Olympic Park, and build Britain’s biggest indoor snow centre in its place. But that’s probably a bit less achievable…

Early bird tickets are on sale now from www.freezebigair.com