Is This The End Of The 4 Valleys?

And if it is, does it matter? 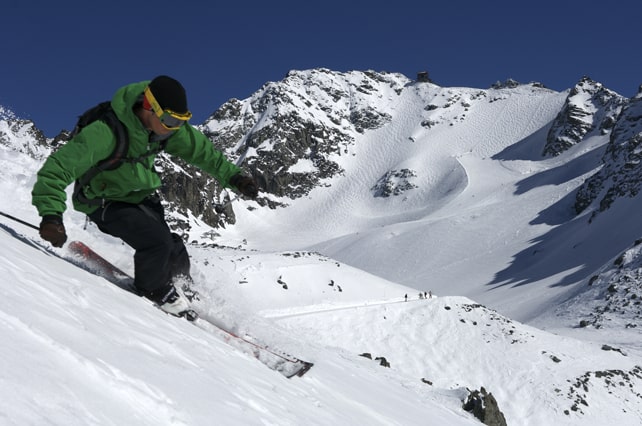 A huge Swiss snowball fight has erupted in the canton of the Valais over the future of the 4 Valleys ski area.

Offering a total of 412km of waymarked pistes, the 4 Valleys encompasses the ski resorts of Nendaz, Veysonnaz, Thyon and, most importantly, Verbier. But if a dispute currently simmering in this spectacular section of the Alps continues, there will be no 4 Valleys ski passes for sale next winter. Instead, visitors will probably have to buy a local pass in their home resort and then pay for extensions to ski elsewhere.

News of the trouble broke on June 23 when Téléverbier, the Verbier lift company, launched a ski pass for a new area, Verbier Grand Ski – with no mention of the 4 Valleys. Later, Joel Sciboz, head of tourism in Verbier, confirmed that, “the 4 valleys agreement has come to an end.”

At the root of the problem is a failure by the lift companies that make up the 4V to agree a new contract. As reported in Le Matin, a dispute between Veysonnaz and Thyon over the division of lift ticket income is the cause, and has been dragging on for years. Téléverbier blames “the intransigence of Téléveysonnaz” for the failure of last-minute talks. Téléveysonnaz has hit back, saying Verbier’s decision to go it alone is irresponsible and “commercially very damaging”.

The news has been met with a mixture of disbelief and anger. But while we sympathise with business owners in the smaller resorts, who will be hurt if the prestigious association with Verbier is lost, we don’t believe the development should worry the majority of skiers who flock to this famous stretch of the Alps.

1. You’ll still be able to ski most of the best terrain on a single lift pass 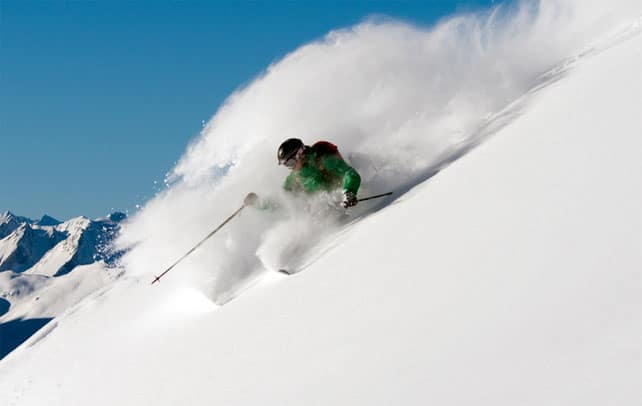 Off pistes above the Savoleyres sector, Verbier. Verbier Promotion

Of course, there’s good skiing all over in the Four Valleys. But what’s elevated it into the super league of ski areas is the fact it includes the lift-accessed off-piste above Verbier: from peaks such as Attelas and Mont-Gelé, and down its celebrated waymarked itinéraires à ski such as the Vallon d’Arbi, Tortin and the Col des Mines. There aren’t many other resorts in the world that offer easy access to so much world-class terrain, which is while you’ll find advanced and expert skiers from all over Europe and North America walking its streets.


So powerful is the allure, in fact, that many Verbier skiers rarely venture over to the far side of the 4 Valleys. “There are a couple of lovely steep pistes on the Greppon Blanc which are used by instructors for training,” says Guy Ordway of ski school Performance Verbier, “but we don’t ski over there much as the Verbier and Mont Fort Areas have more than enough terrain to keep us busy.” He also points that most of his clients make full use of their 4 valleys passes only once on their holiday.

Thing is, if the 4 Valleys doesn’t make a comeback, you’ll still be able to ski nearly all the area’s famous descents on a single lift pass: the one that serves the new Verbier Grand Ski area. Even the mighty Mont-Fort, whose lift access is jointly operated by Verbier and Nendaz, will be covered by the new pass. Provided you book accommodation in Verbier or Le Chable (in the valley below), you’ll barely notice the difference.

2. There won’t be machine guns and barbed wire between the resorts

There is one notable off-piste route which won’t be fully served by the new Verbier Grand Ski lift pass – the backside of Mont-Fort. You’ll be able to get to the start of it: but to return to the Verbier Grand Ski area, you’ll have to take a chairlift in the Nendaz sector back up from Siviez. 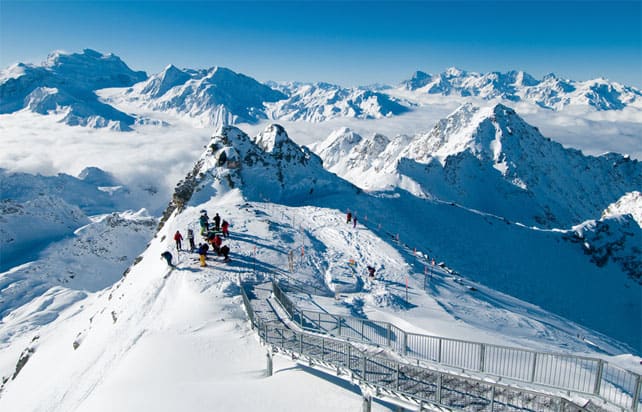 The top of Mont-Fort. The backside off-piste route is to the left. Verbier Promotion

If you do, you’re not going to be stopped by armed guards and your skis confiscated. It’s not clear yet exactly how a new system will work, but it’s likely you’ll be able to buy a single fare to ride the chairlift, or an add-on to your lift pass at the start of the day in Verbier. It’ll be same for those who want to go further afield. The infrastructure linking the resorts will still be in place: and someone will have worked out a system to allow you to pay extra if you want to use it. It would be commercial suicide for them not to.

3. The dispute will probably be resolved before the 2014-15 season anyway

Don’t look for an immediate resolution of the problem – the director of Téléverbier is on holiday. But once he’s back, you can expect strenuous efforts to bring the 4 Valleys back to life.

Sébastien Epiney, CEO of Tourism Nendaz says this kind of spat is quite normal. “Every time the contract is renewed there are these problems,” he told Welove2ski. “The only difference is that this time social media and the internet have made them global not regional news.” He concedes that Verbier’s unilateral move has not been helpful. But like many in the region he wonders if it’s a ploy designed to bang heads together and produce a result, and thinks there’s a 95% chance a new 4 Valleys contract will be signed in time for the start of the new ski season. If not, then a system of lift pass extensions will be set up to allow skiers to access the terrain in neighbouring resorts.


His view is echoed by Pierre-André Gremaud, Director of Marketing at Verbier. “Téléverbier and all other parties involved will continue to seek a solution to the problem before next winter season’s start,” he told Welove2ski.

All the same, there’s no denying it’s been a bad PR for the resorts concerned, and comes on top of news that the days of cheap chalet holidays in Switzerland are coming to an end. C’mon Switzerland! We love your mountains. Please get your mojo back… 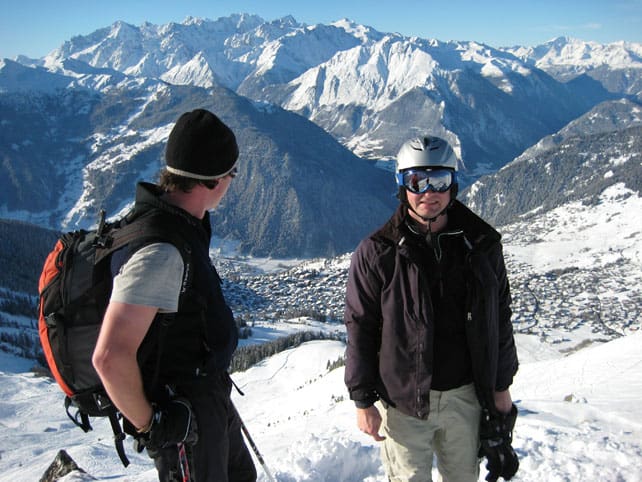 Happy days for the author above Verbier a few years back. Photo: welove2ski.com

7 Responses to “Is This The End Of The 4 Valleys?”