Exotic Ski Resorts You Might Not Have Been To Yet 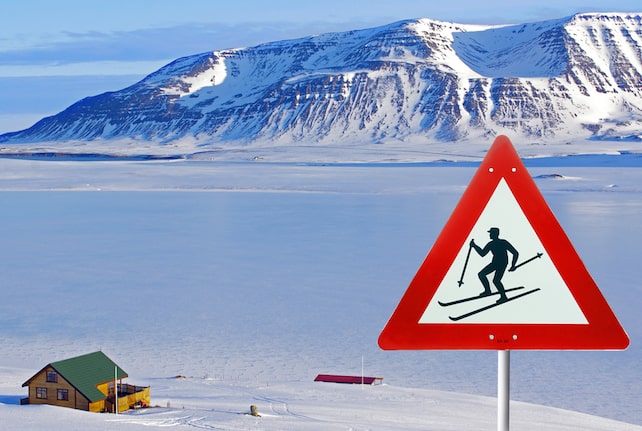 Ski destinations are getting more exotic. It all began back in 1972 when Sapporo on the remote Japanese island of Hokkaido become the first oriental venue for the Winter Olympics. Down the years, Japan (again), Sochi in Russia in 2014, PyeongChang in South Korea in 2018 and Beijing in China for 2022 have all won their spot in the limelight.

So you don’t have to limit your skiing to resorts like Verbier, Vail, or Val d’Isere if you fancy one of the more exotic ski resorts.

Some 97 countries offer skiing and snowboarding – which is about half of the countries in the world – according to research by snow24. Here’s a video tour of some of the offbeat locations you may not have known existed for skiing.

You can ski and snowboard at the top of Mauna Kea volcano (it means ‘white mountain’) on Big Island, but you’ll have to find your own 4WD transport up the slopes as there are no lifts. Where to stay: Volcano House on Big Island.

Iceland has around a dozen small ski areas, including Bláfjöll the largest with 11 lifts and half an hour’s drive from Reykjavik. The country also has some of the most extensive ski-touring you’ll find anywhere, thanks to the reliable snow cover and wide open ice-fields. You can also heli-ski here. Where to stay: Little Blue House.

Lebanon has six developed ski resorts. Cedars is the oldest and Mzaar the largest. Where to stay: White Cedar Resort in Al Arz.

The small village of Gulmarg is situated in the northern Indian state of Jammu and Kashmir at the western extremity of the Himalayas and 35 miles from Srinagar, the state capital. It boasts the highest gondola in the world, and you can also go heli-skiing. Where to stay: Khyber Himalayan Resort & Spa.

The wild terrain is becoming increasingly popular among heli-skiers, with powder skiing in the fjords right down to the water’s edge. Where to stay: Blueberry Hill in Nuuk.

Mount Hermon is at the northern tip of the country and has four chair-lifts and five drag-lifts. Where to stay: Hermon Holiday Village.

Shymbulak resort is in the Medeu Valley 25km from Almaty city. The resort has been massively upgraded over the past four years with the construction of the world’s third longest gondola running from Medeu to Shymbulak where there are six new lifts, restaurants, cafes, and a ski hire shop. The skiing is great, especially midweek when it’s not too crowded. Where to stay: Shymbulak Resort Hotel in Almaty.

There’s heli-skiing in the Kachar mountains in the north-east, but the main resorts are those around Erazurum in the far corner of Anatolia, and Uludag, a ferry ride from Istanbul. The 2011 Winter Universiade (for university students) took place in Erzurum, based around the resorts of Palandoken, Konakli, and Kandilli. The biggest, steepest and highest is Palandoken, at 3125m. Where to stay: Sway Hotels.

There are two ski centres on Mount Etna – one on the south side of the volcano, known as Etna Sud, with five runs, and a smaller one on the north side called Linguaglossa which has just one piste. Where to stay: Corsaro Hotel & Spa in Nicolosi.

There are two main ski resorts in Iran: Dizin and Shemshak, both of which are under two hours’ drive from Tehran. Where to stay: Barin Hotel in Shemshak.

and one more that’s not exactly snowy…

Also see our post on Where to Go Heli-skiing.