The relaxed, end-of-the-line atmosphere is good news for families. So is the ski area’s mix of well-managed nursery slopes, varied pistes and playful extras such as entry-level dual slalom and skicross courses.

For many skiing families it’s the Holy Grail of winter holidays: a cute, quiet Alpine village with good skiing, reliable snow and modern infrastructure. Not surprisingly, such a thing isn’t easy to find. Often, ski resorts are too big and too hectic for a genuinely relaxing holiday with kids. Or they’re too off-beat and eccentric to be easy to use.

So let’s hear it for Galtür. Set at the far end of the Paznaun valley, six miles from Ischgl, it’s the last village heading west before the Silvretta High Alpine Road disappears beneath a snowdrift. Here, beneath the spectacular pyramid peaks of the Gorfenspitze and Ballunspitze, a pretty village clusters around a church spire and feeds its guests into a small but varied ski area. The hotels are good, facilities include a public swimming pool, a bowling alley and climbing wall, and the quiet, end-of-the-line atmosphere keeps the mood relaxed. Yes, it’s too small for mileage-hungry intermediates. And no, party animals and the air-kissing crowd will not like it’s muted après-ski scene. But as soon as they step out of their transfer bus or car many Mums and Dads will heave a huge sigh of relief. This is a place where life is not lived at 100mph. 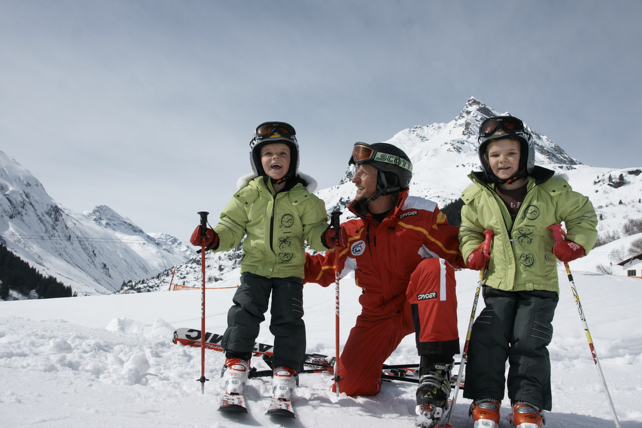 A short guide to the skiing

All of Galtür’s pistes are to be found on the north and east-facing slopes of the Ballunspitze, between 1600m and 2300m. That’s not especially high for a modern ski resort, and in a mild spring spell Galtür’s lower slopes are going to be slushier than those of a high-altitude resort such as Obergurgl. But here, deep in the eastern Alps, the winter climate is pretty reliable, and with the skiing focused on the two coldest sides of the mountain, the snow quality is usually excellent. Average snowfall is more than five metres each winter and 70% of the pistes have snow cannon cover too – just in case Mother Nature doesn’t play her part.

Lots of variety despite the limited size 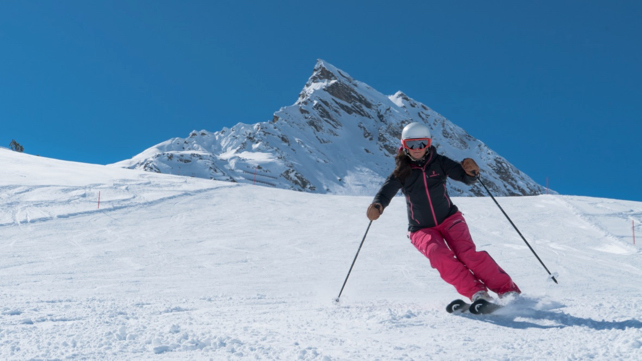 Total piste length extends to only 43km, which is modest by any standard. But there is plenty of variety. That’s not just because of the ski area’s six themed sectors – such as the family-friendly Adventureland. It’s down to the shape of the mountain too. More experienced Mums and Dads will find slopes to get their blood pumping, provided they don’t want to ski hard all day.

If they do, they can always hop on one of the free shuttle buses to Ischgl, nearby. Their six-day Silvapark lift-pass includes two days’ skiing there, or in Kappl and See.

The Bullen Abfahrt black is the best of the steep runs – a straight-down-the-mountain descent next to the Bullenspitzbahn lift. There are several more long-ish blacks elsewhere, as well as avalanche-protected freeride zones and un-pisted “itinerary” runs. With so little of pisted terrain in the valley, Galtür is also fertile ground for ski-touring itineraries. Both ski schools offer ski-touring tuition, and you can hire guides through the Bergführer office too.

Meanwhile, intermediates will enjoy the long, steady Alpkogel red, as well as piste 10, which drops towards the Kopsee. The combination of good snow and reservoir views makes it a firm favourite with the locals. “Every time I ski there, it feels like I’m dropping down to a Norwegian fjord,” says Galtür’s mayor, Toni Mattle.

A comfortable, encouraging environment for kids 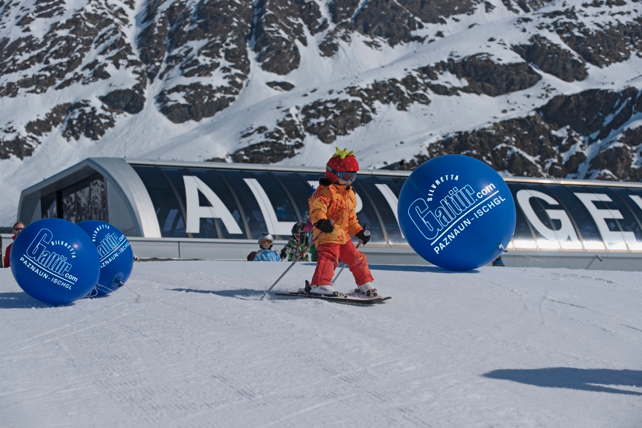 In many respects, however, it’s young beginners who’ll be happiest here, thanks to a combination of uncrowded pistes, good snow and the kids-only Siggiland beginner’s area. There are also plenty of easy pistes to progress to once the littl’uns have mastered their snowplough turns. Then, once their confidence has grown, they can get stuck into the network of ski zones. These present all kinds of mini-challenges, from a first-timer’s terrain park to a timed speed run.

What’s more, children under the age of seven get free access to the lifts.

The only blemish in this picture of family bliss is the fact that the ski area begins a mile west of the village, in a hamlet called Wirl. It’s served by a free and regular shuttle service, but if you don’t want the hassle of the riding the bus – with or without children – consider one of the hotels in Wirl itself. A handful are genuinely ski-in, ski-out

Meanwhile, if you’re staying in the Galtür, consider renting your skis and boots from Sport Walter, which has a branch in Wirl, too – complete with ski depot lockers. So you can do the commute in your trainers/snow boots and pick up your gear just before you start skiing. The Ski School Silvretta Galtür also offers its clients ski depot lockers in its Wirl office. 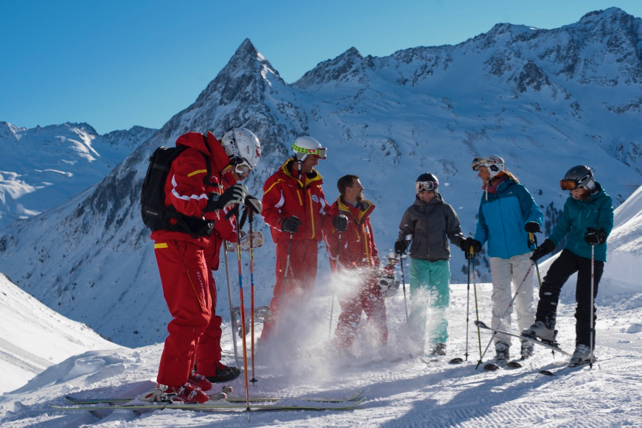 There are two ski schools in Galtür, Ski School Silvretta Galtür and the one-man Skischule Raggl Nikolaus. The latter is an intriguing option, because Nikolaus is a qualified massage therapist, so after a day on the slopes he can soothe your aching muscles.

But there’s no doubting that the Ski School Silvretta Galtür is the main operator. The school fully understands where its priorities lie, and have embraced Galtür’s family friendly vibe. It runs the Siggiland beginner’s area which takes children from three and – in marked contrast with the practice in France – allows parents to watch their little ones. Courses are available for both four and two hours a day, and once the children have mastered their turns, instructors make full use of all the playful terrain that’s been developed in the resort. Rollers, parallel slalom, the speed run. Once they’re ready, your kids will want try them all.

Bear in mind, however, that prices are high: comparable to big A-list resorts in France.

For the adults, Galtür’s uncrowded slopes, good snow and relaxed, unhurried atmosphere make it an excellent place for nervous intermediates to build their confidence and master their parallel turns. Taking lessons here will also keep you busy and each day varied – compensating for the ski area’s limited extent.

Where to stay in Galtür 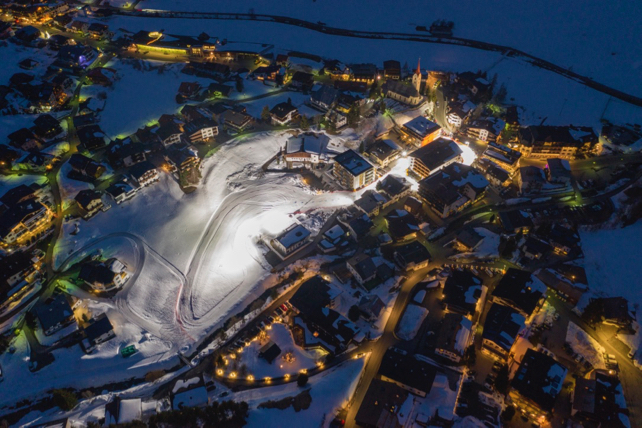 There are two main accommodation centres: Galtür itself and the roadside hamlet of Wirl at the bottom of the lifts.

Galtür is the place for villagey atmosphere as well as the widest choice of accommodation, ranging from four-star hotels to B&Bs and self-catering apartments. Some of the hotels have their own swimming pools and kindgartens. It’s also home to both the public indoor pool and bowling alley, and the Alpinarium. Part-museum, part-memorial, the Alpinarium is dedicated to the victims of the catastrophic avalanche of 1999, and is part of the 16m high, 345m long wall that was built to protect the village in its aftermath. It’s a reassuring presence.

Meanwhile, in Wirl, you’ll find the resort’s own kindergarten, as well as the ski school meeting points and – of course – the slopes. Nearly all the accommodation is right beside the lifts.

The four-star superior Hotel Rössle is on the main village square and 10m from the ski bus stop. The rooms here are exceptionally spacious (30m2 for a standard double), and the cooking a source of great pride. For the full effect, book a table in the panelled Paznauner Stube. The hotel is part of the Huber group, which owns several properties in the valley, as well as one of the local farms. Its award-winning cheese is an integral part of the cuisine.

The modern, upmarket Silva Peak Residences aparthotel is distinguished by its friendly welcome, understated colours and high-quality furniture and fittings. Everyone loves the fact that every bedroom has its own bathroom too. The location is close to the middle of the village (and ski bus stop), but also tucked away down a side street.

Both the deluxe double rooms and the deluxe family rooms are the ones to go for in the super-friendly Hotel Alpina in Galtür. They’ve been redone with luxey, toasted-wood panelling and new bathrooms, and are the kind of rooms you’d expect from a swanky four star. Recent guests enthuse about the cooking, the saunas and the value for money.

Consistently praised for the quality of its food, the three-star Monte Superior is a canny choice for skiing families who like to go swimming after the slopes. It’s next to the public pool in the village, and offers its guests free entry. Rooms are neat, crisp and modern, with cute wooden headboards, and the hotel has a couple of family-friendly apartments too. Children will also enjoy the small games room, complete with a mini-climbing wall.

The Panorama Hotel Almhof is the pick of the ski-in, ski-out hotels up at Wirl. Newly refurbished in 2021, it’s a place of textured wood, muted colours and fake-fur throws and sits piste-side, one step above the lifts. Thanks to the father-and-son team of owner-chef and sommelier – plus ingredients from the family farm – the food is a highlight. Facilities include two steam rooms and two saunas, an indoor pool and a buzzing lunchtime terrace at the Panorama Tenne restaurant. Bear in mind that the terrace is hosts DJ sets in the afternoon. You might want to book a room at the front of the hotel, facing away from the music.

The best restaurants in Galtür 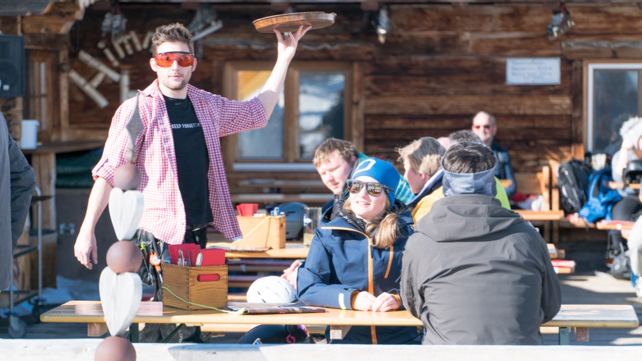 Galtür isn’t one of the gastronomic capitals of the Alps. But it is a bastion of hearty, reasonably-priced Tirolean food. Expect filling bowls of Gulaschsuppe, Käsespätzle, and Wiener Schnitzel, plus salads and big bubble-and-squeak-ish Tiroler Gröstl fry-ups.

For many, the rustic décor and friendly service make the Weiberhimml the pick of the mountain restaurants. The Faulbrunnalm also majors in Tirolean food, but also serves a good burger. If you’re the kind of person who can eat fondu for lunch and not fall instantly asleep, then the sundeck at the Panorama Tenne restaurant at the Almhof hotel is a must too. The cheese is made by the owners and comes from cows grazed on the land immediately above the hotel.

Meanwhile, when it comes to dinner, many visitors stick to their hotel restaurants, with the Hotel Rössle, the Hotel Alpina and the Hotel Sabine amongst the most highly-rated places to eat (the Rössle and Sabine are both open to non-residents). Beyond the hotels, the choice is limited, with the emphasis more on value for money than gastronomic flair. There’s nothing wrong with that of course, especially when you have a hungry family in tow. At the friendly, traditional Restaurant Café Gunther soups cost less than €4 and Tiroler Gröstl less than €10. The Tiroler Stube is a chip off the same block with the emphasis squarely on Austrian dishes. The Bierkessel restaurant in the Ballunspitze is the place for pizza.

Pretty, family-friendly Galtür does not rock to an all-night après-ski scene. But you will hear the clink of glasses on several sundecks at the end of the skiing day: on the Panorama-Tenne (which features regular DJ sets) and in the Weiberhimml. Meanwhile, in the village, the pubby Tommy’s Garage is the place for live music, while Ludwig’s Bar in the Hotel Luggi has a more upmarket atmosphere. The four-star hotels in the middle of the village also have well-patronised bars – the perfect place to sit and chat over and aperitif.

Families will of course be far more interested in the Galtür’s sports centre, in the village. It’s home to an indoor swimming pool, as well as a bowling alley, tabletop football and billiards. Add the climbing wall in the Alpinarium, ice-skating, curling and floodlit tobogganing, and there’s lots for children to do once the lifts have closed. 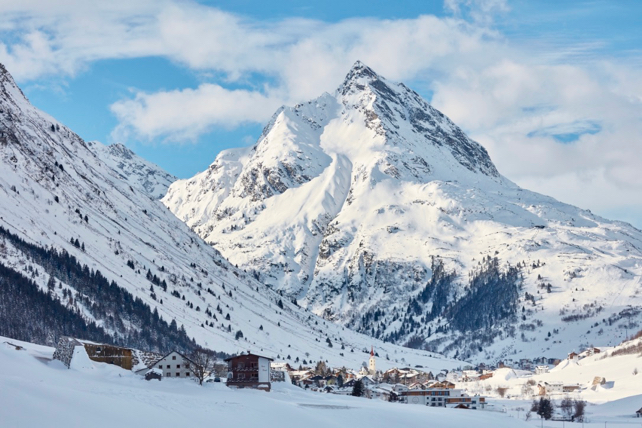