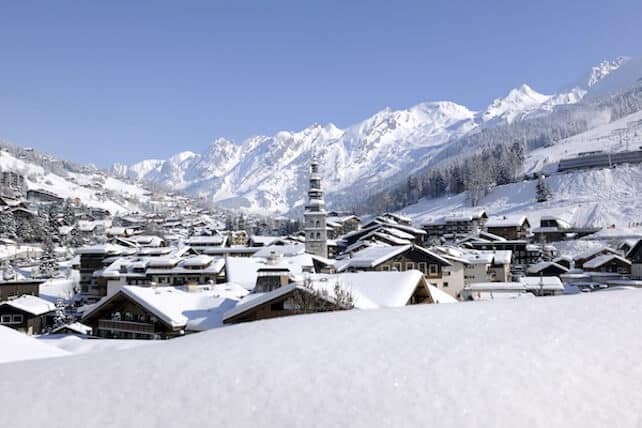 The Annecy resorts of La Clusaz and its neighbour Le Grand-Bornand both have refreshing architectural attractions that are rare in the better known purpose-built French ski areas.

La Clusaz (the larger of the two) is a picturesque, traditional small town with a population of some 2,000. Le Grand-Bornand (including Le Chinaillon, higher up, where most of the accommodation is located) is also very traditional, but more of a chalet village. Both have a delightfully rural, quintessentially old-world French ambience.

You can do everything here

The skiing in the Lake Annecy ski resorts takes place in the local Aravis mountains – under an hour from Geneva (another bonus) – is unexpectedly varied and extensive. The region has produced a disproportionate number of ski and snowboard champions. As one of the dozen or so local heroes, Sébastien Collomb-Gros, a celebrated freerider, base-jumper and wingsuiter, says: “You can do everything here – freestyle, snowboarding and cross-country. And it’s perfect for base-jumping too.”

The other big bonus of the ski area is the proximity to the beautiful town of Annecy and its lake: about 30 minutes’ drive. 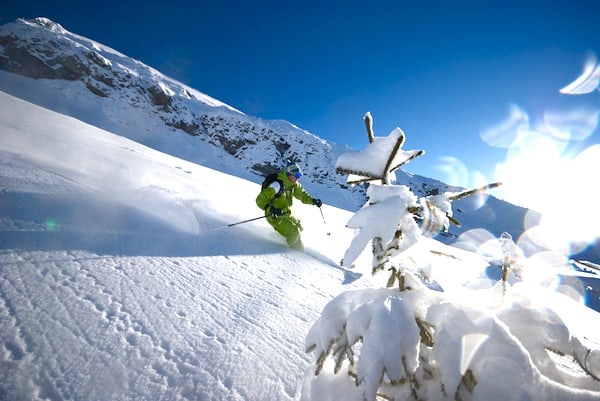 The spectacular Massif des Aravis range has an impressive choice of seven distinct ski areas (eight if you include the tiny ski area of St Jean de Sixt, roughly mid-way between La Clusaz and Le Grand-Bornand). Between them, they offer just about every type of skiing possibility. So whether you’re looking for beginner slopes (both at village level or on a high plateau), gentle family skiing, steep-and-deep, or serious touring opportunities, it’s all here.


The Aravis mountains form a spectacular series of huge cliff walls, with wide snowy bowls between them. Think of a giant section of the classic Toblerone chocolate bar, with the ribs as cliffs, and the space in between offering huge snowfields. The remaining peaks of the separate ski area of Le Grand-Bornand are accessed further along the valley.

It’s worth taking a ‘grand tour’ overview first, taking in the Massif de Beauregard, and then, moving gradually along the valley, visiting the massifs of Manigod, L’Etale, L’Aiguille and Balme – each very much with its own characteristics and impressive scenery, particularly from the top of L’Aiguille (2322m) with distant views of the Geneva area and the Jura mountains. Recently there’s been heavy investment in snow cannon to ensure that skiers and boarders can get back down to the village in all weathers.


Says local ski instructor, Olivier Mermillod: “Manigod is great for families. The skiing is high, so beginners at the top of Beauregard feel they’re really on the mountain rather than right near the village. L’Etale is like a small version of Les Trois Vallees. And there’s great off-piste on the massifs of L’Aiguille and Balme.” Espace Freeride at La Combe de l’Envers is an itinerary area that is avalanche-controlled but not patrolled by pisteurs.

The four-star Le Village de Lessy in Chinaillon is a CGH Residence with indoor swimming-pools. Hotel Beau Site in St Jean de Sixt is a green hotel (solar panels and wood chip generators). Au Coeur de Village Hotel & Spa, which opened in 2010, is the only five-star hotel in La Clusaz. It has 50 suites, a spa, excellent food, beautiful decor, and is located at the bottom of the Beauregard lift.

Try one of the nearby ski resorts

Manigod (which shares the La Clusaz ski area) has its own boardercross course and half-pipe. Saint Jean de Sixt is good for absolute beginners – but with only two surface lifts it’s definitely limited. 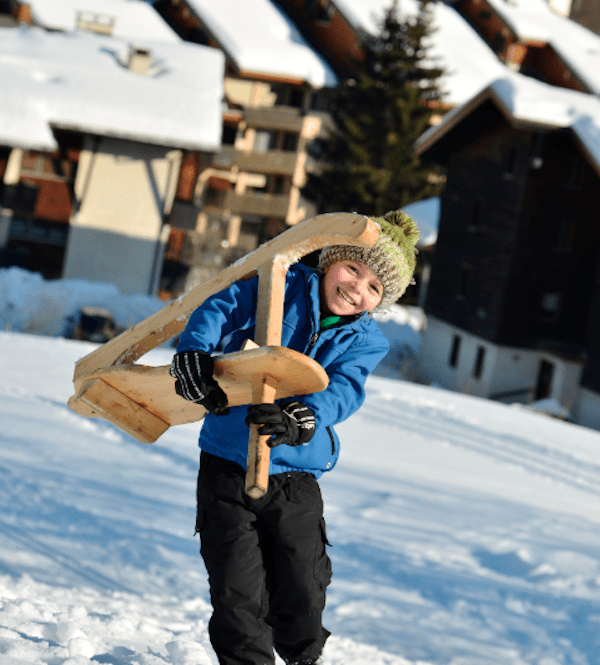 This is where to find fabulous cuisine

The Aravis Valley is the birthplace of Reblochon, so you’ll find cheese used a lot in local dishes. And don’t miss the excellent cheese shops. There are many good value restaurants, and almost every shop and restaurant is still family owned. La Ferme de Lormay (known as Chez Albert to locals), is a 1786 timber farmhouse at the far end of the Vallée du Bouchet, 7km from Le Grand-Bornand. The Hotel Les Saytels is popular with visitors who set store by fine cuisine. Les Terres Rouges on the slopes in Le Grand-Bornand is a good self-service restaurant with superb views. Or try lunch at the Auberge La Bournerie in Chinaillon (although it’s a bit of an uphill walk to get there). One of the best things about La Clusaz is the mountain restaurants – including Le Bercail, Le Vieux Chalet, La Ferme, l’Arbe, Le Grenier, and Le Relais de l’Aiguille. Our favourite is La Scierie with its lovely wooden interior and huge menu – it’s perfect for either for lunch or dinner.

You can ski here without breaking the bank

These traditional French market towns are not widely known to British clients, so there’s no mass-market hype. In general the cost of living – away from the madding crowds – is usually considerably cheaper. At the slopeside Télémark Café in La Clusaz, for example, prices are much more reasonable than in the major resorts of the French Alps.

If you’re looking for an instructor who will stretch you – particularly in the off-piste – try Olivier Mermillod, a world-class boardercross specialist turned ski-instructor who spent five years on the World Cup circuit.

For further information on the area, visit the Lake Annecy Ski Resorts website.