Guide to the Mountain in Samoens 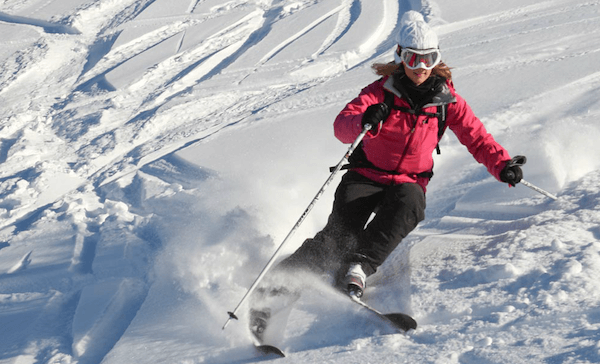 The whole of the Grand Massif awaits you – but it’s quite a schlep to the far side. No doubt about it – the best skiing in the area is the big snowy bowl of Flaine, and the cirque of peaks around it. Many intermediate skiers also enjoy the long, tree-lined cruisers, down to the little resort of Morillon, Samoens’ neighbour on the road back to Geneva.

Immediately above Samoens itself lies its purpose-built satellite, Samoëns 1600, at the top of the cable car, which has its own small ski area beneath the 2120m Tête des Saix. It offers a sizeable area of nursery slopes (the largest in the Haute Savoie region, which includes Megeve and Chamonix) as well as a few cruisers, and one steep and bumpy black. More expert skiers will want to keep going, deeper into the Grand Massif area, but beginners and early intermediates are best off staying here. The nursery slopes are north-facing and backed up by snow cannons, and there’s a fast chair-lift, the Chariande Express, serving the slopes immediately above them. It links to an easy piste, which descends back down to the nursery area.

Snowboarders would be better off in Flaine

There’s a small terrain park above Samoens 1600, the Jam Park Cool, and a couple more are to be found further afield in the Grand Massif. Jam Park Pro, above Flaine, is the best, although the drag-lift serving it is vicious. Boarding is a soft-snow sport, and to get the best of the white stuff you should target Flaine and its cold, powdery bowl – it often benefits from blizzards that snag themselves on Mont Blanc, nearby.

Make sure you ski down to Sixt at least once – on the long Cascades blue. Let Samoens regular Simon Hart explain why:

“Just before the ‘Cirque du Fer a Cheval’ you will find the tiny ski resort of Sixt-Fer-a-Cheval. This place is virtually unheard of, and is so off the beaten-track it’s hard to imagine that anyone will go there; but they should. Pixies, goblins and three-eyed farmers live in this place. The lifts are ancient – as are the buildings, roads and people, but this is a major PLUS. Who needs a pair of fake wooden skis pinned on a restaurant wall, when you can actually go back in time at Sixt-Fer-a-Cheval? You can forget English – I doubt many people even speak French in Sixt. You’ll probably have to brush up on your Elfish Hobbity lingo. Facilities are minimal, but beauty and magic are everywhere. I love Sixt and everything it represents – if you ever find yourself there, please treasure it and pause for a moment to offer a little thanks to the heavens.”

No Responses to “Guide to the Mountain in Samoens”