Interesting weather they’ve got down in New Zealand this week. A vicious storm is churning through the Southern Ocean at the moment, and it’s bringing 80mph winds to the bottom of the South Island. Squally, thundery snow showers are forecast for the Southern Alps over the next couple of days. Thundery snow showers? Here at Welove2ski we don’t like the sound that. Imagine sitting on a chair-lift when one of those is blowing through…

Still, several resorts have already had a top-up of snow as a result of this turbulent weather. The Remarkables near Queenstown reports 10cm of new snow in the last 24 hours, and Mount Hutt near Christchurch 25cm. Currently Mount Hutt has some of the best cover, with around a metre of snow bedded down on its pistes. Sadly, the wind has been playing havoc with the powder off-piste. “Strong winds overnight have transported much of the new snow we received yesterday – creating deep powder pockets in some areas and exposed ice patches elsewhere off-trail,” says its latest snow report.

Still, anyone who got off-piste in Mount Hutt yesterday, before the wind got up, had quite a day – as this video demonstrates. Watching it may make your eyes go a deep shade of green… 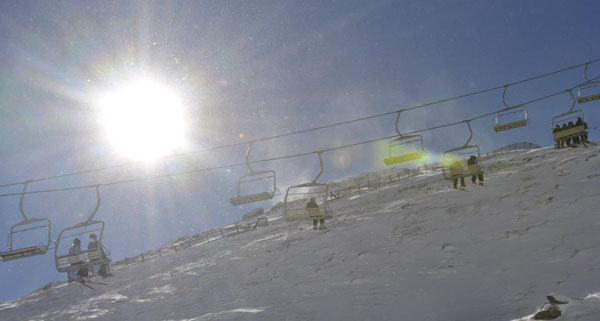 No sign of thundery snow showers just yet. The Remarkables, June 25. Picture: www.nzski.com

A second series of weather fronts is due to travel up the South Island at the end of the week, bringing more snow to its ski areas.

By the way, have you seen the New Zealand powder train video which is such a big Youtube hit at the moment? It was filmed on June 7 this winter, on the railway line across Arthur’s Pass to Christchurch in the South Island.

Meanwhile, over in Australia, the resorts of the south-east have just had a cracking weekend, thanks to a moderate, 30cm dump of snow on Friday, followed by several smaller top-ups. Currently, at Perisher in New South Wales, they have 34 of 47 lifts running today and a settled snow depth of around half a metre on the trails. A total of 48cm of the white stuff has fallen in the last seven days.

The wintry has also transformed conditions in Mount Buller too. This time last week they were suggesting scenic rides on the chairlift because of a lack of snow cover. Today, they’ve got 30-50cm of cover on the pistes.

There’s been good skiing over in South America too – thanks to the heavy snow that fell ten days ago. The Argentinian resort of Las Lenas opened on June 20 and Valle Nevado on June 22. Portillo also opened on June 23 – a week earlier than planned. All are expecting sunny and mild weather this week – but there is the chance of more snow and lower temperatures at the weekend. 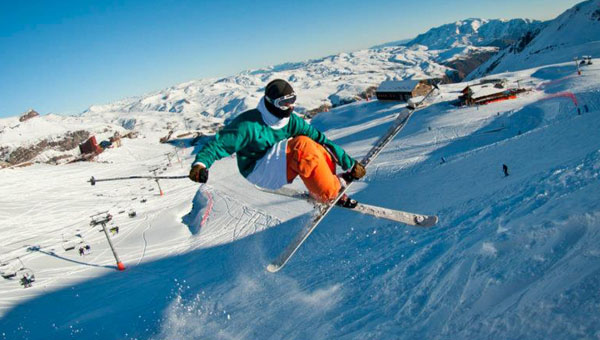 Finally, back in Europe, the summer glacier skiing is well underway, with the ski areas above Val d’Isere, Les Deux Alpes, Tignes and Val Senales all now open. They’ve joined several other glacier areas, such as Hintertux in Austria and Zermatt in Switzerland which kept going throughout the spring. Conditions are pretty good at the moment – though not this morning, which was characterised by low cloud and rain in several resorts.

Check out the Welove2ski Alpine weather forecast to see what’s coming next in the region.