Fresh Snow at Altitude – and Some Powerful Avalanches 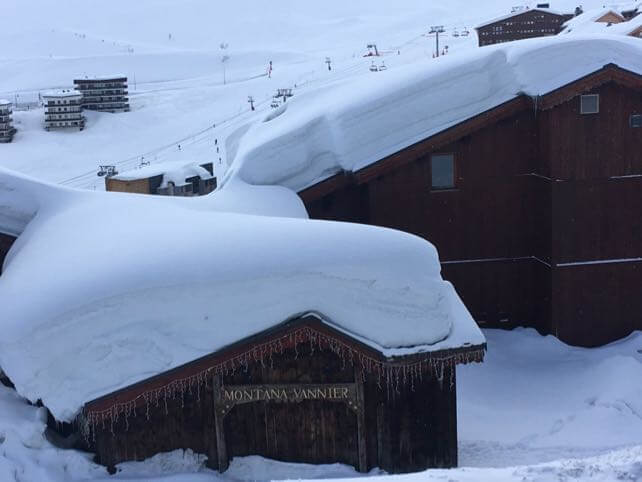 So this was scene earlier today in high-altitude Tignes – on April 12.

The cover is extraordinarily deep, and now there’s a 10-20cm coating of fresh snow on top. It’s snowing again as I write, and the blast of gazex explosions echoes around the valley as the piste security teams dislodge unstable accumulations of snow.

Not surprisingly, piste skiers have been enjoying exceptionally good conditions, given it’s the middle of spring. It’s not been too warm, and only in the afternoon have the sunniest pistes turned properly slushy. At times the snow’s been hard-packed and icy, at times wintry and squeaky, and at others soft, slightly wet and velvety. Often, in a single descent, you’ll ski all three surfaces in a couple of minutes.

Off piste, there’s a mixed bag of conditions too; complicated by strong winds and a high avalanche risk. Whenever temperatures rise, wet-snow avalanches are a significant, and hair-raising danger, because they’re picking up so much snow as they go.

Val d’Isere, next door has had even more snow than we have, but neither resort has been able to match the accumulations at altitude across the border in Italy, and along the Swiss-Italian border. This was Italy’s Monterosa ski area this morning, with 30cm of fresh snow on its slopes (and a significant avalanche risk, which meant parts of the lift system were closed all day). 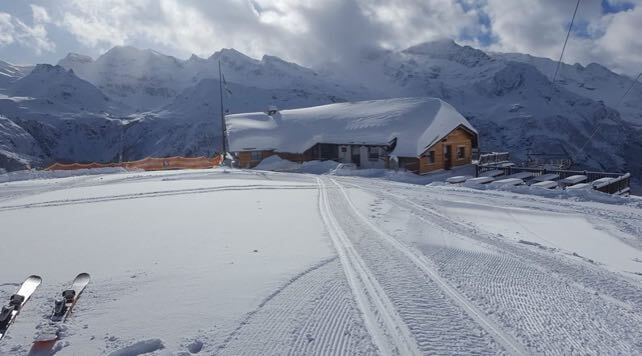 There been snow in parts of Austria too this week. This was the Hintertux glacier in the Tirol yesterday morning. 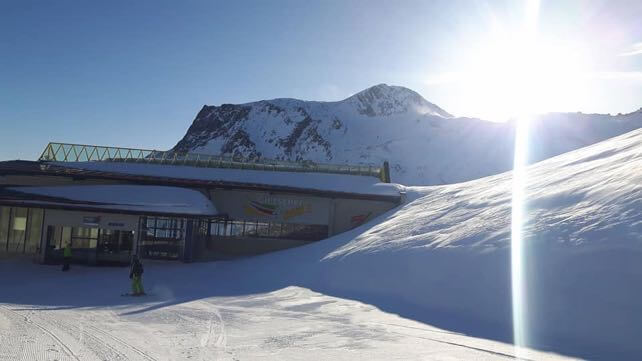 Today’s snow forecast gives you a sense of where the snow’s fallen today. 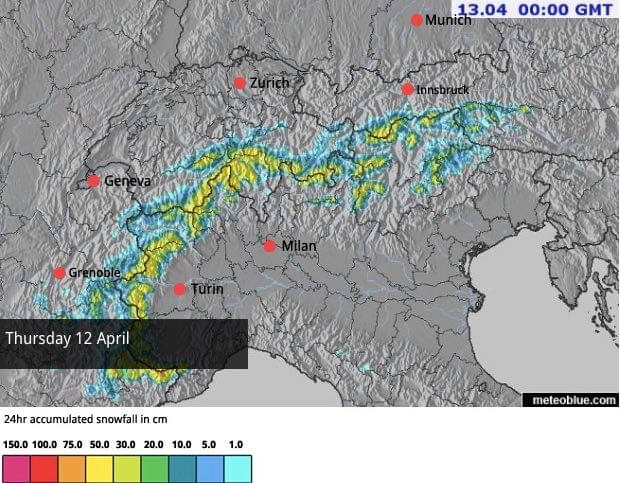 The weather’s been generated by a low pressure system in the Med, and there’s been rain at times in the lower resorts, especially in Italy. There’s one more day of this snowy trend to come, and then the weather’s going to warm up. According to the mid-range forecasts next week will see a sharp thaw…

No Responses to “Fresh Snow at Altitude – and Some Powerful Avalanches”