Sunshine and Warmth in the Alps 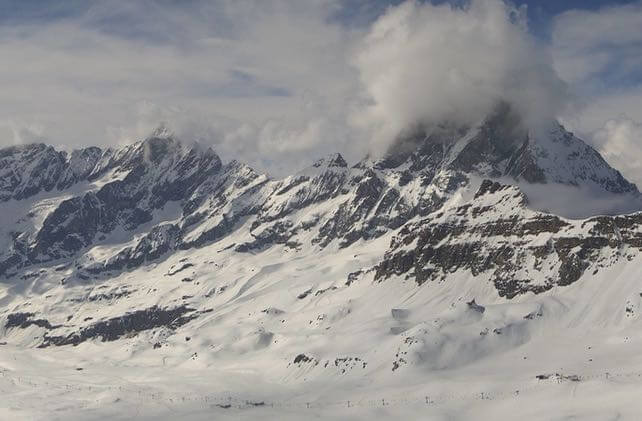 The Monte Cervino (aka the Matterhorn), wearing its own private cloud above Cervinia today. Photo: cervinia.it

It’s taking a little longer than expected for high pressure to settle over the Alps. Today, across the northern half of the region, there’s been a fair amount of cloud, and some light rain. But in the south-west it’s been sunnier – and from tomorrow the bright, mild weather will become almost universal.

At least five days of springtime glory are expected, with the daytime freezing point well above 3000m – and the snow going through a 24-hour cycle of daytime melting and overnight refreezing. There’ll be lot of fast skiing on softening, mid-morning pistes, and long lunchtimes spent lounging about on deckchairs. Everyone will be talking about their plans for summer…

It’ll be a fitting backdrop for what is the final week of the season in many big-name resorts –including Obergurgl, St Anton, Courchevel and Meribel.

Then the season will boil down to the handful of high-altitude resorts – such as Val d’Isere, Ischgl, Tignes, Cervinia and Val Thorens – that stay open into May.

Beyond that, skiing will be restricted to the glacier ski areas. Most will close in June; although some will reopen for the summer ski season in June/July. Both Hintertux and Zermatt will remain open throughout the spring and summer.

There are still – as you’ve probably heard – gargantuan amounts of snow about in the high-altitude resorts, after a really exceptional season. In some places, you’ll find the locals grumbling about the lack of sunshine. The avalanche risk has often been very high too. But last week in Tignes I didn’t hear any complaints from holidaymakers. It was more like early March than mid-April, and the snow was still lying 6ft deep on many roofs. It was the best week of April skiing most people could remember.

This week will see early spring morph into what feels almost like summer, and wet snow avalanches of the kind seen on the road below Tignes on April 10 are bound to be a problem. Please be careful if you’re tempted to venture off-piste and hire a local guide.

Here’s how it was looking early today above Val d’Isere, where the snow is still 325cm deep on the highest pistes. 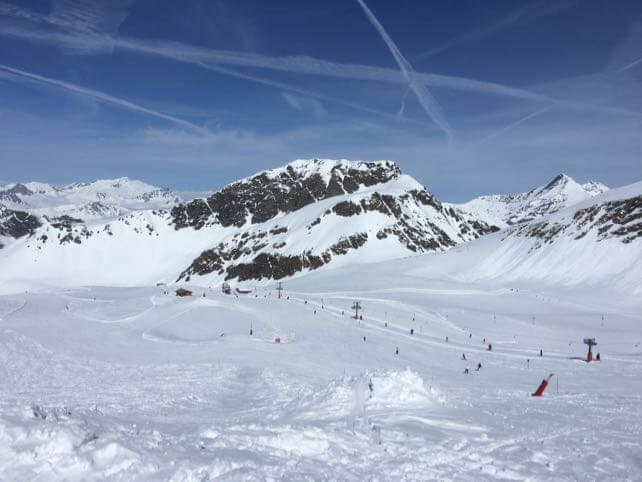 And this was Obergurgl in Austria yesterday, where the cover is up to 185cm deep on the groomed slopes.

If you’re out on the slopes this week, don’t forget to slap on loads of sunscreen…

No Responses to “Sunshine and Warmth in the Alps”