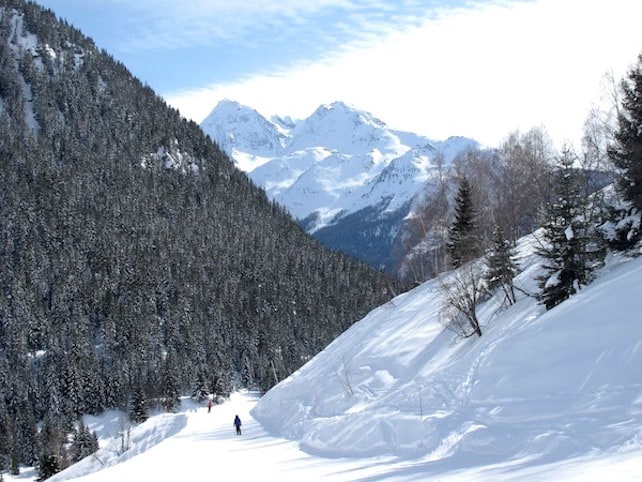 La Rosiere sits above Bourg St Maurice at 1850m, with the skiing going up to 2579m. It is one of France’s great but unsung resorts. Skiing has taken place here on the high Petit St Bernard pass since 1961 and it shares its area with La Thuile in the Italian Aosta Valley. In recent years the lift system has been substantially updated and new apartment and chalets have greatly increased its attraction as a family destination.

The Pistes are Long 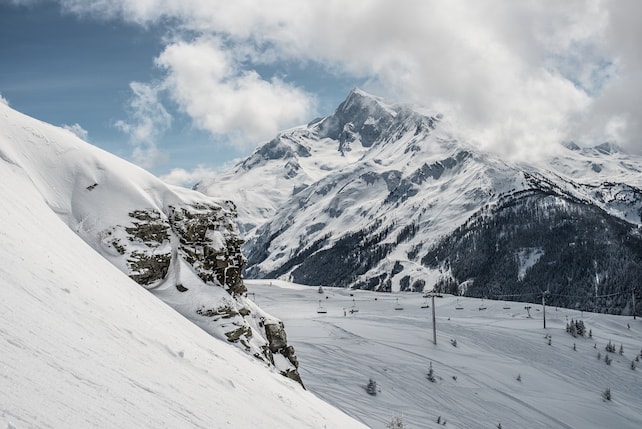 The 160km ski area is mainly intermediate and some of the pistes are very long indeed, with a continuous vertical drop of 1207 thigh-burning vertical metres on La Rosiere side, taking you all the way down to the hamlet of Les Eucherts. There’s a snowpark for freestylers, too. La Rosiere has tons of blue and red runs of varying gradients on a wide stretch of open mountainsides served by a series of mainly modern chairs. The long red Fontaine Froide run down to Ecudets is a favourite.

You Ski in Two Countries 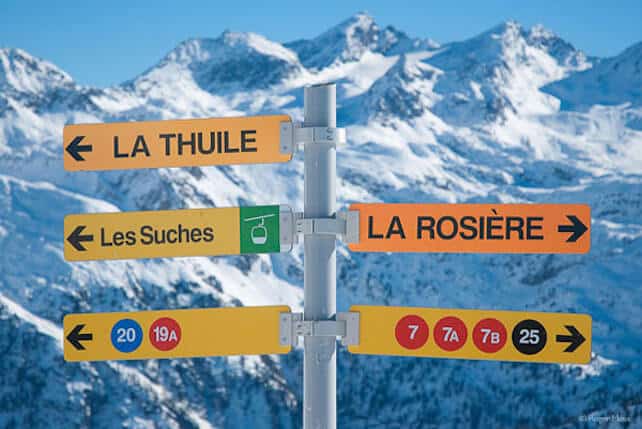 The frontier area around the pass is very exposed, but it’s easy to whisk across the border – wind permitting. Over on the other side, the linked Italian resort of La Thuile in the Aosta Valley has some much more demanding pistes as well as snow-sure, north-facing skiing. The area lift pass covers both La Rosiere and La Thuile, giving 160km of piste and conditions are seldom the same on either side. So if there’s a white-out in La Rosiere it could be a sunny day in La Thuile – or vice-versa. 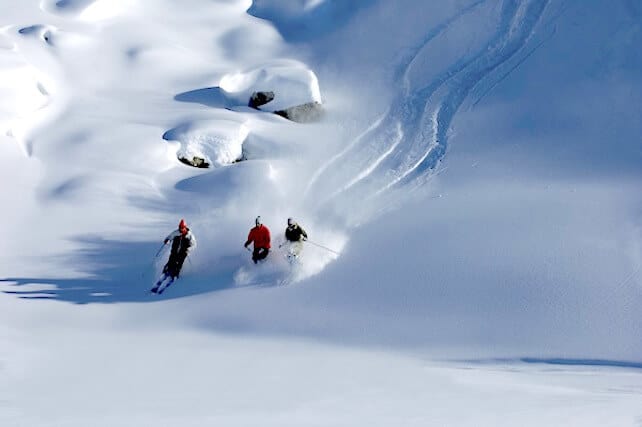 La Rosiere is one of the only French resorts to offer heli-skiing and that’s because it’s linked with La Thuile in Italy. There is superb heli-skiing up at 3260m on the Ruitor Glacier and from a few other designated landing zones on the Italian side of the frontier – although actual drops are not allowed in France. Evolution 2 offers heli-ski trips including up to ten different drop sites, and 2000m of vertical. They also offer heli-skiing at Le Mont Freduaz to the east of the Ruitor Glacier, with a 90-minute descent amid lovely scenery and 1700m downhill.

…Some Very Comfortable Places to Stay 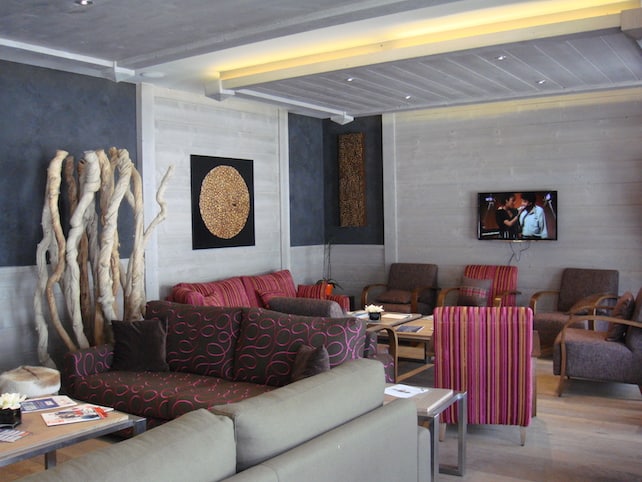 The resort originated in 1961, but much of the accommodation has been recently built. Most of it is spread along the edge of the pistes, or set slightly back. Le Lodge Hemera is just a few years old and is the type of bigger, more substantial apartments people who have skied in North America hope to find in the Alps. Le Lodge Hemera is situated in the village centre, a three-minute walk from the lifts. It has an indoor swimming-pool and a luxurious spa: the O de Cimes, with hot-tub, sauna, steam room and a range of massage treatments on offer. 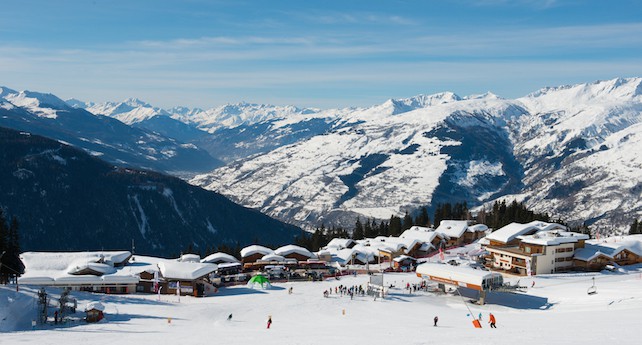 La Rosiere hasn’t been taken over by the mass market, wealthy Eastern Europeans or large groups of drunken youths. Since it was built in the 1960s – mainly in chalet-style using local wood and stone – it’s remained a small and pleasant family-friendly destination where people come to ski rather than shop or engage in pub crawls. Don’t come here if you’re looking for a wild nightlife, although there are a few bars to try – some of which hold music gigs, theme nights and DJ evenings. The hamlet of Les Eucherts, 15 minutes’ walk from La Rosiere, is even quieter and ideal for families with small children.

…and it’s a Great Place for Families 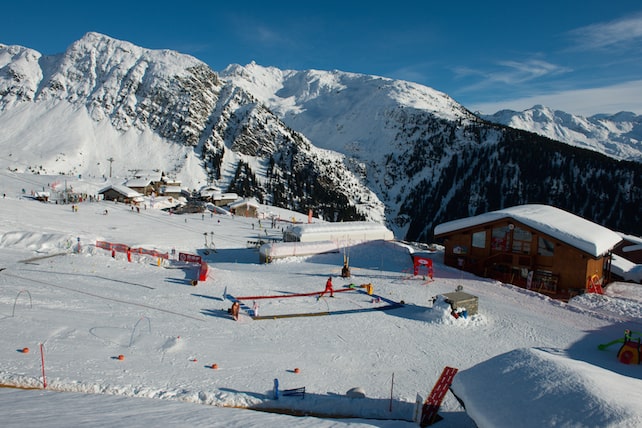 La Rosiere is a Famille Plus Montagne destination, a national quality benchmark which pledges to provide a special welcome for families, and Les Eucherts is a hamlet that has grown to become a separate part of La Rosiere – specifically for families with small children. The nursery slope is just outside the door and the ESF and Evolution 2 both offer childcare and classes for kids here.

New for 2015 are Le Petit Boarder snowboard lessons for children aged between four and seven years old who want to have a go at boarding. It is based at the childrens’ snow gardens in La Rosiere Centre and in Les Eucherts, with small groups of between three and five children with specially-trained instructors. 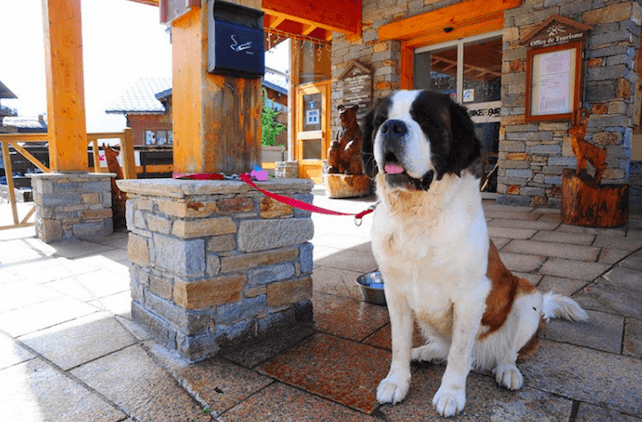 Yes, they are. The giant cuddly dogs with brandy barrels around their necks are credited with saving the lives of at least 2,000 winter travelers lost in these mountains in the 18th and 19th centuries. The rescue dogs belonged to monks at hospices mainly on the Grand – and the Petit St Bernard Passes. We hate to ruin a good story, but sadly, the brandy barrel is a myth.

In the 1960s, French St Bernard breeder Jean Arpin established kennels at the Relais du Petit St Bernard in La Rosiere and the dogs are a familiar sight in the village.

The Mountain Restaurants are Fabulous

French cuisine is good, but Italian mountain fare is considerably better-priced on the La Thuile side of the mountain – and some of the restaurants are really memorable. La Grotta (a converted cowshed serving classic Italian food) is reached by courtesy minibus from the foot of the pistes. Lo Riondet, up on the summer road over the pass, provides a wholesome lunch beside an open fire in authentic chalet-style surroundings. L’Antigel was new for 2013 and is in a wood and stone chalet with an open fireplace.

If you do eat on the French side, head for either L’Ancolie (+33 479 06 86 71) in the hamlet of Les Eucherts beside La Rosiere, or to the giant sunny terrace of Le Relais du Petit-St-Bernard, the main inn of La Rosiere situated at the foot of the pistes.

…and Elephants are Never Forgotten

Hannibal may well have passed through La Rosiere in 247BC while crossing the Alps en route to the gates of Rome. No one knows – and surely never will – but the Petit St Bernard pass is on the shortlist of routes that he might have taken.

The two detachable six-pack chairs leading up towards the pass have a combined capacity of 5,400 passengers an hour and would have no problem in ferrying his 26,000 men to the Italian frontier in under five hours, but 38 war elephants might be quite another matter.

The ski area is dominated by a ruined border fort. It was originally built by the French in the early 1890s and the scene of fierce fighting during the Battle of France in June 1940.