Guide to the Mountain in Salzburger Sportwelt 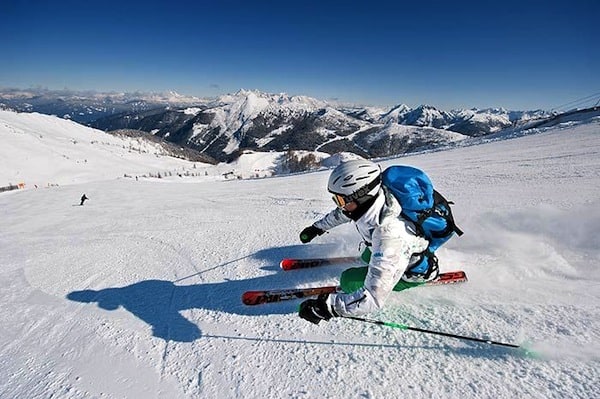 The Ski Amade area is the largest in Austria, with some 860km of pistes. It is split into five regions, all of which are covered on the lift pass. One of the regions is the Salzburger Sportwelt, with 350km of its own pistes linking the villages of Flachau, Wagrain, St Johann-Alpendorf, Kleinarl, Radstadt, Zauchensee, Eben and Filzmoos. Schladming and the Gasteinertal resorts are also in Ski Amade, and share a lift pass. The terrain is mainly undulating pastures and woodland, as well as a handful of rounded 2000m summits. Runs are of limited challenge to true experts, although that did nothing to arrest the development of Austrian downhill hero, Hermann Maier, who was raised and still lives in Flachau.

Flachau has a World Cup run (the Alpine Ski World Cup has been held here since 1993), floodlit night-skiing, family runs and nursery slopes. There are also nursery slopes at the base of the Flying Mozart gondola in Wagrain, and at the mid-station in Flachau. Despite being small, the Monte Popolo ski area in Eben im Pongau has lots of family facilities including a designated children’s area, a terrain park, and a timed run.

However, the area should prove enormously enjoyable for the vast majority of skiers. Lifts are mainly fast and modern, allowing you to travel a considerable distance from scenic valley to valley in a single day. The postbus service is efficient, but it makes sense to keep track of time when venturing far from home.

A total of 15 snowparks are available and are constantly being expanded. The challenging new skicross course in Flachauwinkl-Kleinarl has sharp turns, banks and moguls.

No Responses to “Guide to the Mountain in Salzburger Sportwelt”