It looks as though the first proper snow of late summer is heading to the Alps. It’s expected on Friday, and according to the Welove2ski snow forecast there could be 30-50cm over the highest peaks and ridges.  Lower down, there’ll be heavy rain. But even so, it’ll be a relief to see the white stuff return in quantity, at least in the high Alps.  All summer, our weekly Snow Report has been keeping an eye on the thinning snow on Europe’s glaciers – and even though we know the weather is going to cool down eventually, it’s been a bit nerve wracking to see how threadbare the cover has become. Fingers crossed this is the start of meaningful change. 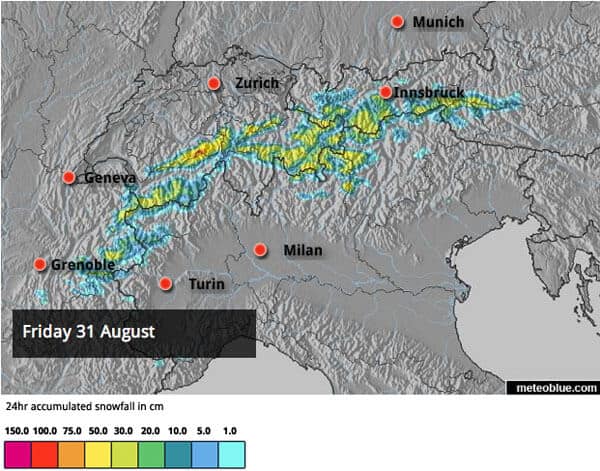 The Welove2ski forecast for Friday August 31

Actually, there’s already been a bit of snow up in Austria in the last seven days, as you can see from these two webcam shots of the Hintertux glacier, in the Austrian Tirol. The first was taken a week ago. The second, taken this morning, shows how the cover has turned white again. 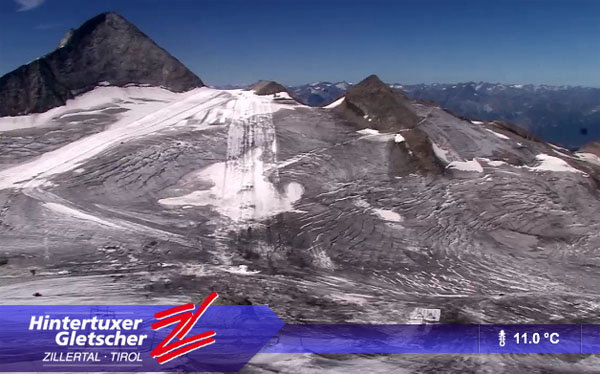 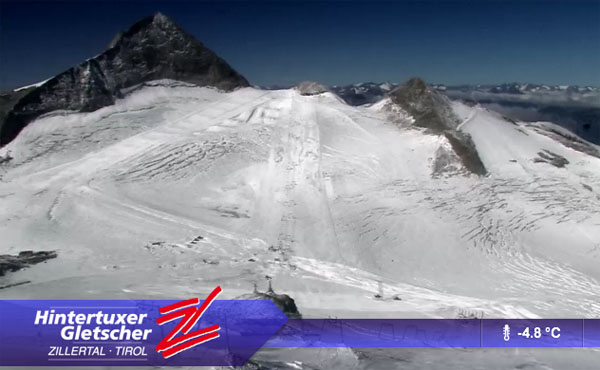 What a relief! The Hintertux glacier, today, August 27. Photo: © tux.at

Thank you snow gods. For your next trick, how about a nice smooth run into the ski season, with superb early conditions down to, say, 1000m?

Meanwhile, on the other side of the planet, the ski season is still going strong – especially in South America and Australia.  As you may have seen in last week’s snow report, both regions had heavy snow in the middle of the August. Both also saw more snow falling last week. In fact, in New South Wales, Australia, the resort of Perisher is reporting 1.7m of fresh snow since August 1.

Meanwhile, in Valle Nevado, Chile, there was around 20cm of fresh snow last week. Here’s how it was looking last Friday in the resort. Not a bad day to be cruising powder on a snowboard… 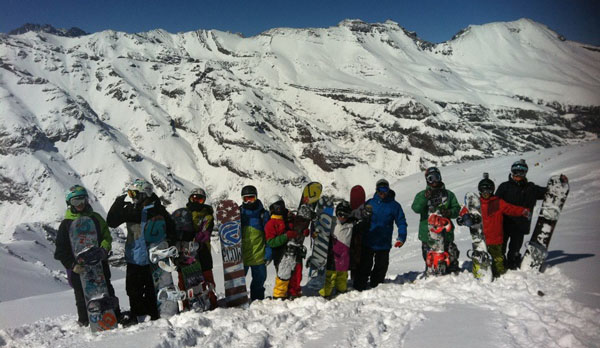 The resorts of New Zealand haven’t been so lucky lately. Two weeks ago, Mount Hutt near Christchurch on the South Island had a meaty 60cm dump, but since then the temperature has been yo-yoing about, and a springlike freeze/thaw cycle has set in. Mount Hutt has some of the deepest snow in the country – with up to 205cm on the groomed trails. But away from the groomers the snow quality is a bit iffy. “Off trail is mostly wind-glazed crust,” says the resort’s snow report today. Which sounds challenging, to put it mildly.

No Responses to “Snow Report, August 27”