Sorry, Snowfiends! There’s not too much to get excited about in this week’s snow report. The weather pattern that brought several snowstorms to the Alps in late August and early September has been disrupted, and there’s only a dusting of snow at high altitude in the forecast for the week ahead.

Meanwhile, across the Atlantic, the race between Loveland and Arapahoe Basin to be the first ski area to open in Colorado is on hold – thanks to “Indian Summer” conditions. All hopes there are pinned on cooler weather expected later in the week, which may allow them to fire up their snow cannons at night.

Admittedly, there was snow this weekend in Alyeska, near Anchorage, Alaska. Which is great, of course. But we need a little more than “it snowed in Alaska” to get our blood pumping! 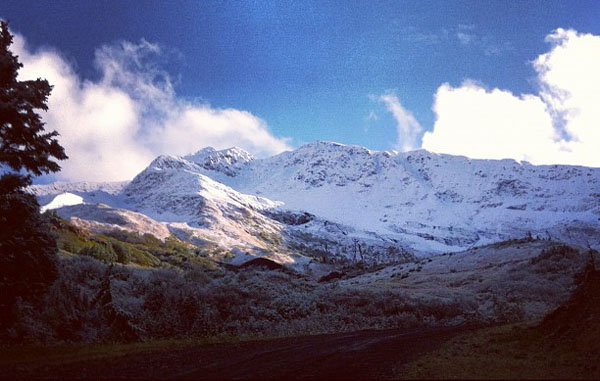 Of course, it’s too early to draw any conclusions about how winter will start in the Alps. Early November is when the ski industry will want to see the arrival of proper snow at altitude – or at least a sustained period of cold – and even then, a lack of the white stuff doesn’t mean there will be a poor winter. After all, look what happened last season in the Alps. At the end of November the mountains were bone dry. A week later, they were buried.

Still, a dusting or two over the next couple of weeks wouldn’t hurt…You know, just to get us all in the mood. Whaddya think, Snow Gods?

And what of the Southern Hemisphere? Well, the season is winding down fast there. Most resorts in the Andes have shut, and the Australian season has only a few days left to run. In the Snowy Mountains, Perisher closes on Friday, and Thredbo on Sunday.

That leaves New Zealand. Here too, spring has long since sprung, but there was good skiing today – on-piste at least – in many South Island resorts, thanks to a dusting of snow overnight. Mount Hutt near Christchurch has some of the deepest cover – up to two metres in places – and has extended its season until October 14.

No Responses to “Snow Report, October 1”