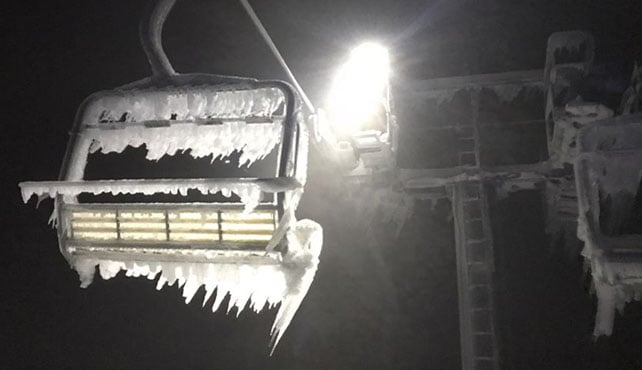 All hail the de-icing teams of Mt Hutt in New Zealand.

Pictured above was the scene confronting them today, in the wake of “the most full-on rime event we’ve seen for ages”. High winds and significant amounts of freezing rain, followed by snow, created a thick coat of white ice, which shut the lifts. It made the slopes pretty treacherous too.

Not surprisingly, the resort was closed to the public. That’s been a fairly regular event this winter, which has seen the Canterbury resort engulfed by several big storms. In fact, Mt Hutt seems to have been hogging all of the South Island’s most significant weather this year, and has accumulated snow depths of over three metres across all its slopes. Most of its Queenstown and Wanaka rivals haven’t yet reached a metre of settled cover on theirs.

Of course, whenever the skies have cleared and the lifts have opened conditions have been superb. Pictured below was how it looked on Friday. 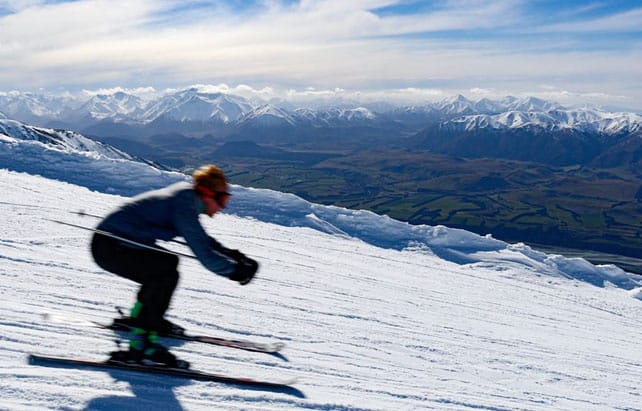 The next few days in NZ should be just as sparkling – with cold nights and clear days in the forecast. However, it is likely to warm up on Wednesday, thanks to winds from the north. Expect spring conditions on the slopes as a result.

Both Australia and the Andes had heavy snow last week

In south-eastern Australia they were talking about the Blizzard of Oz 2.0 last week, when around half a metre of cold, dry, fluffy powder fell on the Snowy Mountains. Here’s how it looked in Thredbo once the skies had cleared.

This week has started much milder – but temperatures should fall back on Thursday or Friday. Clearly, they’re not done with winter just yet…

The same goes for the Andes. Pictured below was the Argentinian resort of Las Lenas on Saturday. 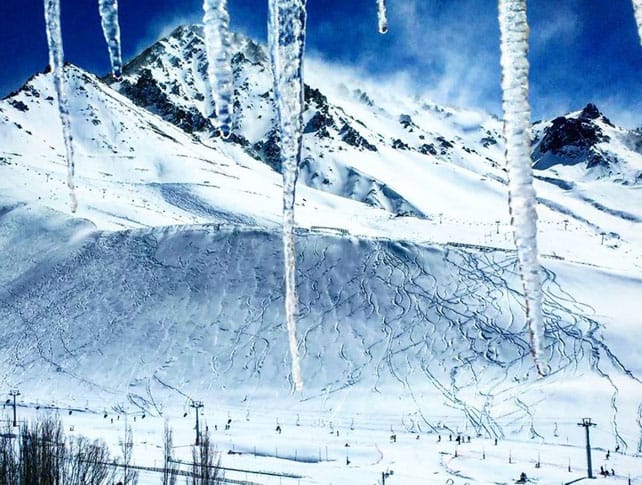 Here too there was half a metre of fresh snow. Two separate weather fronts should bring more, on Tuesday night and Friday: so by the end of the week – avalanche risk permitting – conditions there are likely to be superb. 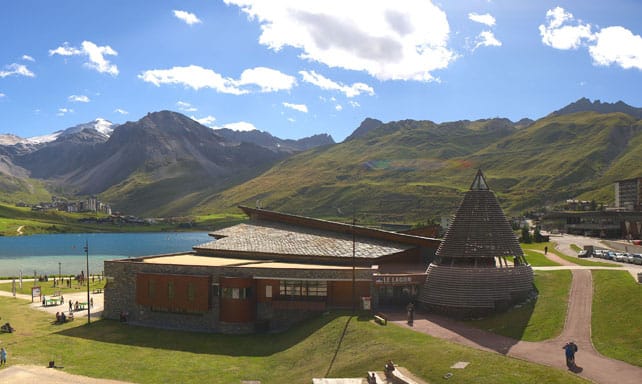 It’s not as hot as it was in the Alps at the end of July: but no-one’s complaining today – thanks to some brilliant sunshine and temperatures that are much better suited to running, biking and climbing. However, the trend this week is towards warmer, more unsettled conditions, with afternoon thunderstorms likely on Thursday and Friday.

Here’s how it looked this morning above St Anton, at the western end of the Tirol in Austria. Nice day for a walk, huh? 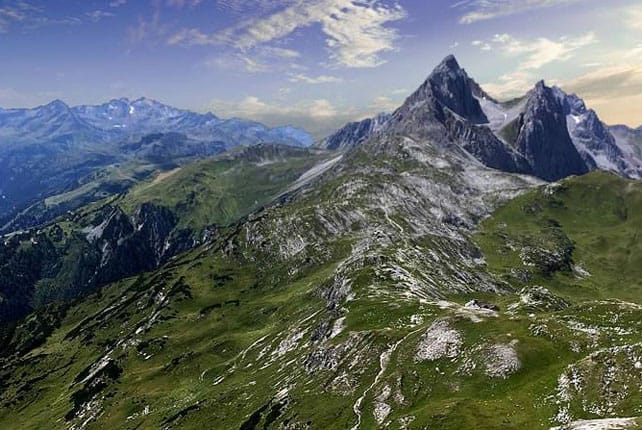 For more on the summer scene in the Alps, check out our summer section.

No Responses to “More Wild Weather in New Zealand”