In the Alps, Snow and Mild Sunshine are Both in the Forecast

The weather in the Alps is about to get very changeable.

On Tuesday, there was 20-30cm of snow at altitude in parts of the Austrian Alps; above 1800m, at least. But for the most part, this week has been characterised by sunshine and unseasonably mild temperatures. Today, in the Austrian Arlberg, the daytime freezing point is expected to hit 2700m (which is close to height of the area’s top lift). It’ll be at the same high level in the western Alps, too.

Tomorrow, by contrast, the freezing point will have dropped to 1000m. Widespread snowfall is expected, and some of the higher resorts could see 20-30cm. 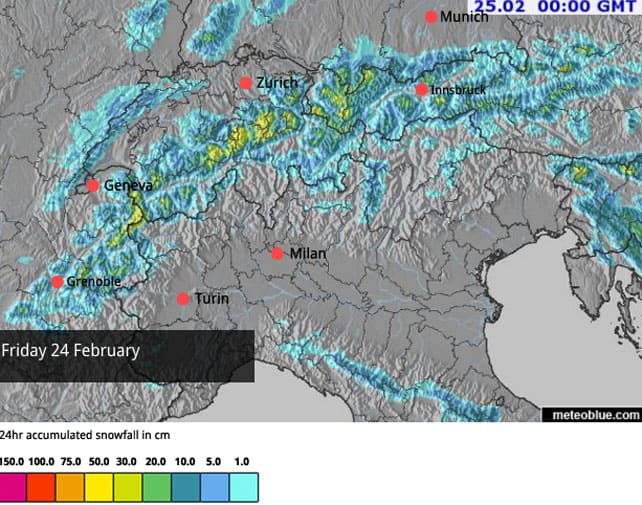 Then, we can expect more mild sunshine over the weekend, before winter bites back on Tuesday. This is still not an absolute certainty: but at the moment the charts are suggesting it will last until Friday, March 3.

Here’s the mid-range forecast for March 1 from the European Centre for Mid-Range Weather Forecasts. 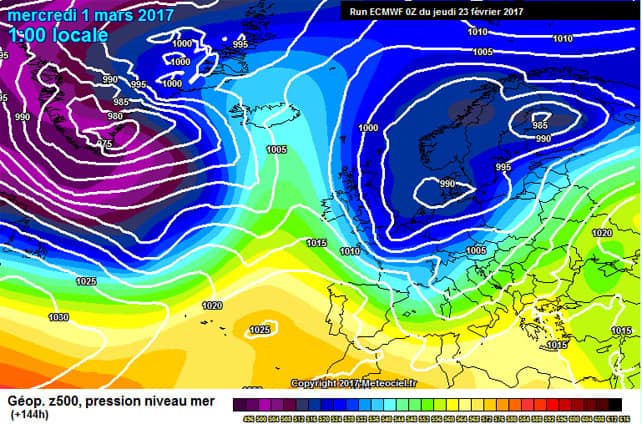 So it looks as though we’ll get a respite from this early onset of spring – for a few days at least. That’s not to say the mountains are complete slushpits at the moment, but on south-east, south and south-west slopes, below about 2500m, the snow is now wet and heavy by late morning and either crusty (off-piste) or hard-packed (on-piste) first thing in the morning. Given we’re still in February, everyone would like to see a return to more wintry conditions.

Here’s how it was looking yesterday above St Anton in the Austrian Arlberg, where they had 20-30cm of new snow above 2,000m on Tuesday. Whilst spring currently has a firm grip on the lower slopes in the resort, the off-piste avalanche risk is back up to 3/5 at altitude, thanks to high winds. 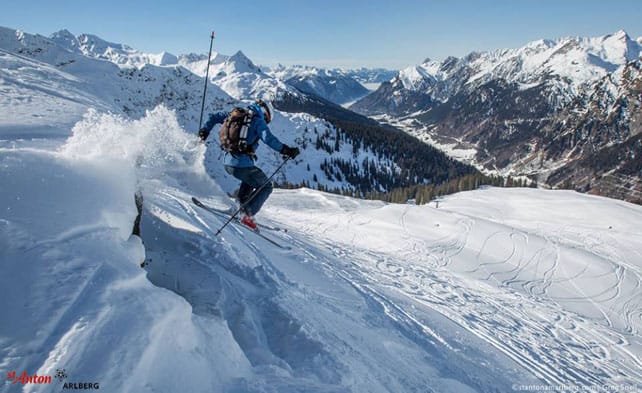 Pictured below was the scene a little earlier this morning at resort level in Val d’Isere in France. As you see, there’s still plenty of cover at this level despite the mild temperatures. Up high, the cover is 175cm deep, on-piste. 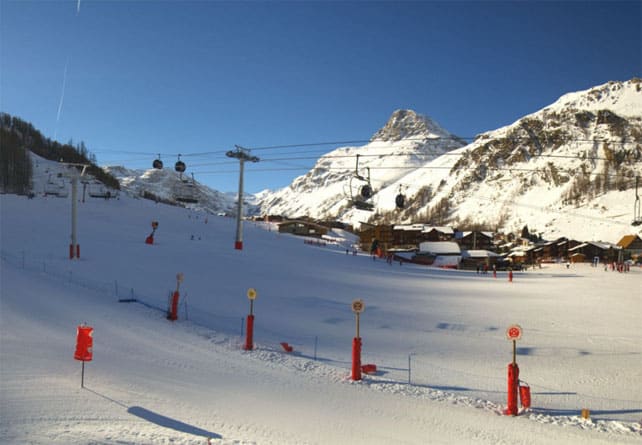 This was Soll in the Skiwelt earlier today. The snow here is 50-60cm deep, depending on altitude. 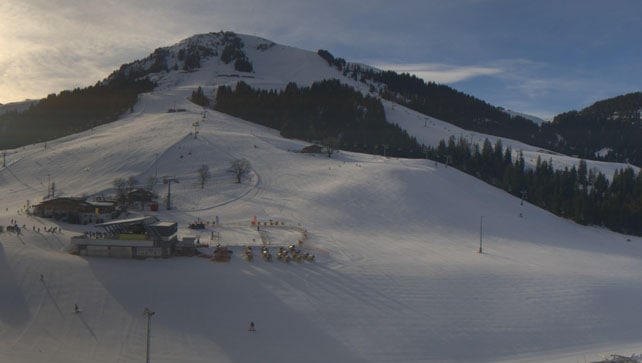 And this was Madonna di Campiglio, on the edge of the Brenta Dolomites in Italy. The snow here is 15-90cm deep, on-piste, depending on altitude. 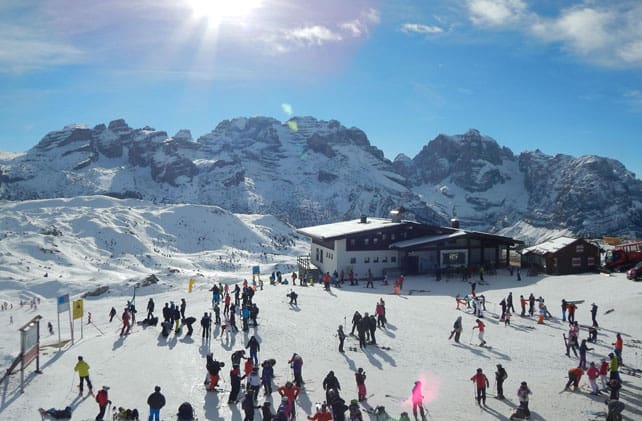 The ski resorts of California are digging themselves out after yet another epic storm. According to local snow expert Bryan Allegretto, 4-7ft (120-210cm) of snow fell in this latest blast of winter. Here’s how it was looking on Tuesday in Heavenly, above Lake Tahoe… 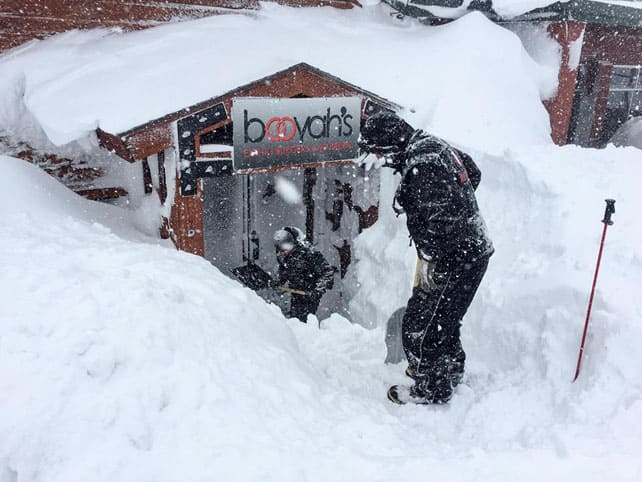 The effects of the storm are being felt inland, too. This was Snowbird in Utah, yesterday – with 45cm of new snow on the slopes, and more to come. Local forecasters reckon 60cm could fall here by Friday. 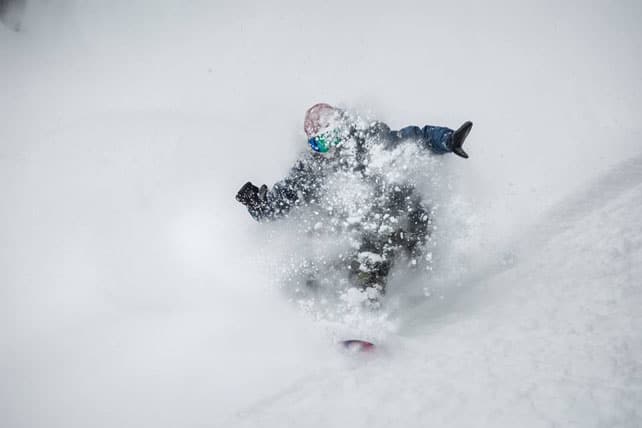 No Responses to “In the Alps, Snow and Mild Sunshine are Both in the Forecast”