Fresh Snow in the Alps – With More to Follow 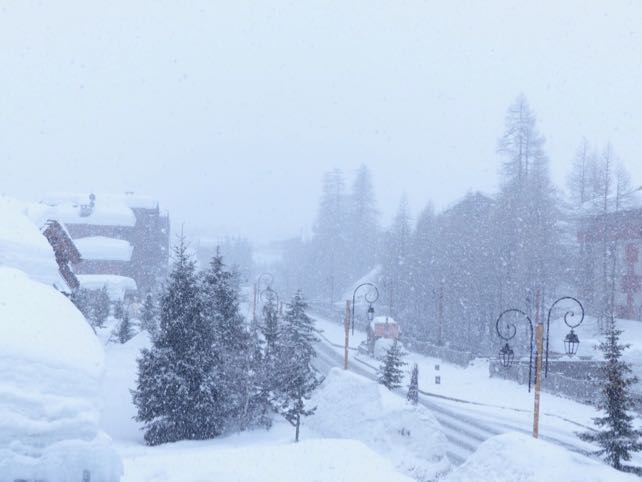 Another helping of the white stuff in Val d’Isere this morning. Photo: yseski.co.uk

After a mild, rather soggy weekend in the Alps, snow has been falling again – and there’s more in the forecast later this week.

So far, the western Alps have had the best of the wintry spell, with the daytime freezing point in France down to 1600m in places. Around 20cm of snow has fallen in many resorts since yesterday evening.

More is expected tomorrow – and this time both Switzerland and the Austrian Arlberg (home to St Anton) should see as much as France. 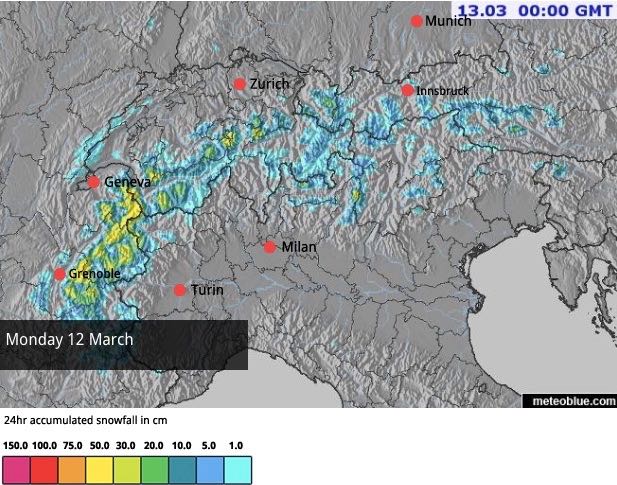 And this is the snow map for tomorrow. Note the heavier falls in western Austria predicted for tomorrow…

Wednesday will see another rise in temperatures – and plenty of sunshine – with the freezing point jumping back to the 2500m mark. Then, a second weather front will muscle in from the west.

Some forecasts are predicting a significant spell of stormy weather in the south-western Alps and Italy as a result; and it will bring rain to many areas before the precipitation turns to snow. However, this prognosis hasn’t yet shown up in Welove2ski’s forecast, which currently is only showing light to moderate snowfall for Thursday and Friday. I’ll be looking at tomorrow’s maps with interest.

All the same, whether this second wave of snow is heavy or light, it’s clear the weather will be changeable. Sunshine will alternate with snow, and temperatures will continue to yo-yo. Anyone skiing on-piste this week will need to be light on their feet to get the best of the conditions – staying on lower, more sheltered slopes whenever the snow blows through, and then racing uphill to take advantage of the colder conditions at altitude when the sun comes out.

Meanwhile, caution will be needed off-piste. In the west, the weekend thaw stabilised the cover for a brief time, but this new snow has formed unstable wind slabs. The avalanche risk is considerable as a result. In the east, rain at the weekend has set off wet-snow slides at lower elevations, while new unstable drifts have formed at altitude. Here too, the avalanche risk is currently at 3/5 in many places.

One other thing to bear in mind is that temperatures in central and north-eastern Europe are set to plummet at the weekend. It’s not yet certain whether this lump of cold, Arctic air will reach the Alps. But by Sunday morning, it won’t be far away, and once again we’ll be wondering what happened to spring.

What an extraordinary season we’ve had…

Here’s how it was looking this morning in Courchevel, in the Three Valleys in France. 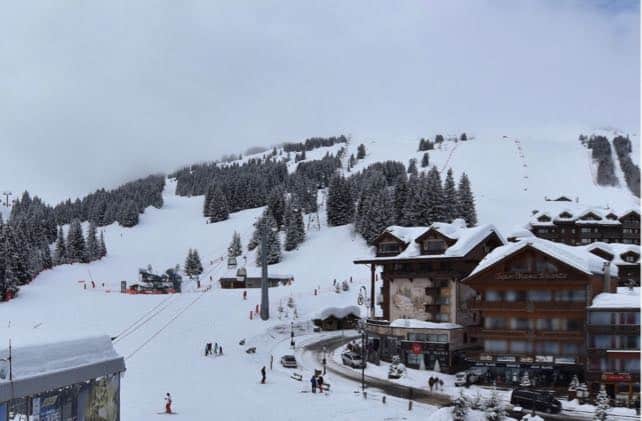 This, by contrast, was the Skiwelt in Austria, enjoying some mild spring sunshine this morning. Temperatures are due to drop back here tomorrow, and there should be a little snow, although in the short term the wintry spell won’t be as pronounced as in the west. That situation is likely to be reversed at the weekend, when the really cold air moves in from the north-east. 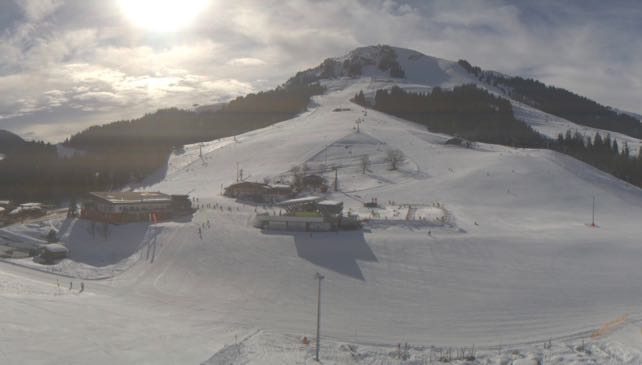