A Mild, Wet Weekend for the Alps – With Snow at Altitude 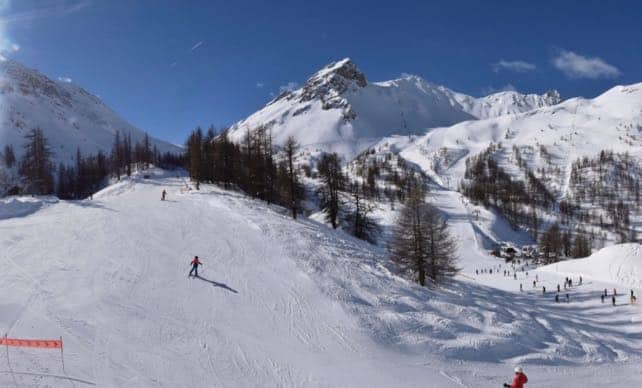 Make the most of the weather today. This was the French resort of Serre Chevalier this morning. Photo: serve-chevalier.com

In the Alps, the Beast from the East already seems like a distant memory. Temperatures have been generally mild since March 1, and they’re about to rise further, as warm, wet air from the south west moves in.

Today conditions are spring-like, but not oppressively so. In the French Alps, the daytime freezing point will rise to about 2600m by the end of the day, and in Austria it’ll reach 2300m. 10-30cm of snow fell across the northern half of the Alps on Tuesday and Wednesday and 5-10cm in the Italian Alps, and up high the snow will still be soft and squeaky on pistes that are sheltered from the wind. Lower down, it’ll be getting wet and heavy, and spring-skiing tactics are necessary to get the most from it.

Off-piste, caution is the watchword. Strong winds have scoured the slopes and created unstable drifts of slabby, poorly-bonded now. Across the northern Alps, the risk is now considerable, and you’ll need the company of an experienced and level-headed guide to keep you safe. In the Chamonix Valley, the risk is actually rising to 4/5 during the course of the day, which rules out off-piste skiing altogether. Here, the snowpack is particularly unstable, both in the colder, high-altitude zones, and lower down, where the rising temperatures will set off spontaneous releases of snow. Please be careful!

Still, if you can get out onto the slopes, now is the day to do it, because the weekend forecast is far from brilliant. Sure, there’ll be snow at altitude, and it’ll be heavy in places – south of Grenoble, at the eastern end of Val d’Isere, on the Mont Blanc massif, and along the Italian border with Switzerland and Austria.

Lower down, however, there’s rain in the forecast, especially in the French and Italian Alps (Austria will be noticeably drier). As the reporter at Meteo Chamonix advised last night – “Make the most of Friday when it’s dry.”

It looks as though next week will be cooler, with snow at mid-mountain levels in the French and Swiss Alps, as well as eastern Austria, on Monday and Tuesday morning.

Here’s how it’s looking in Kuhtai near Innsbruck in the Tirol this morning. What a great morning to be whizzing down a piste… 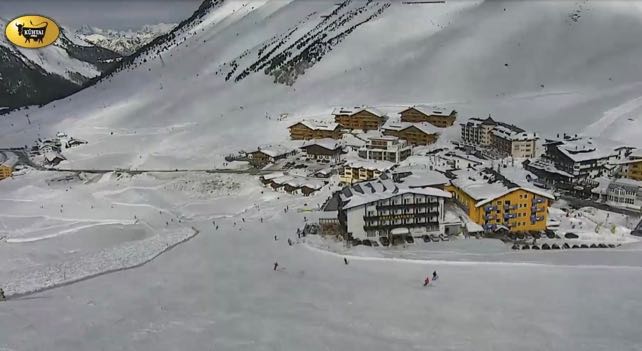 This was high-altitude Obergurgl at about the same time. 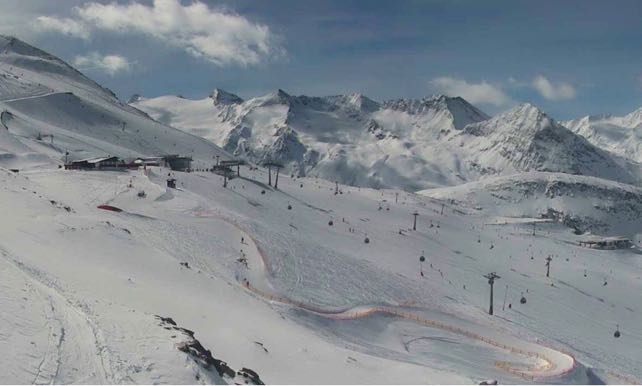 This is the magnificent Pale di San Martino, near Moena in the Italian Dolomites. 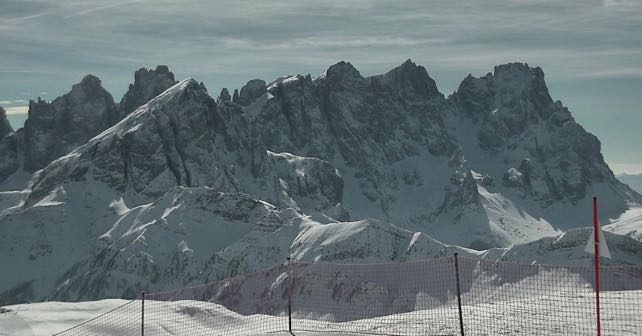 And this is high-altitude Tignes in Savoie, France. Sunshine was forecast here for much of the day, but they’ve got an annoying veil of cloud instead. 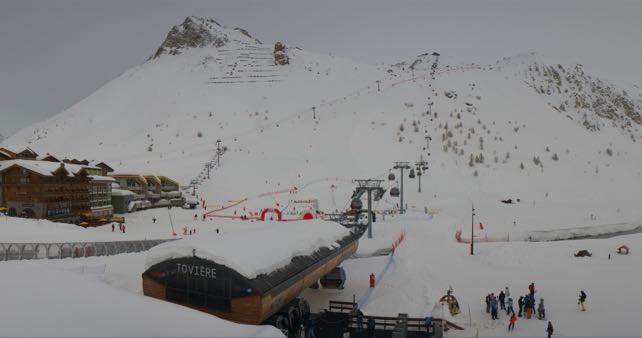 Fancy skiing this month or next? Check out our guide to the best ski resorts for spring.

No Responses to “A Mild, Wet Weekend for the Alps – With Snow at Altitude”