The Cold Weather Continues in the Alps…For Now 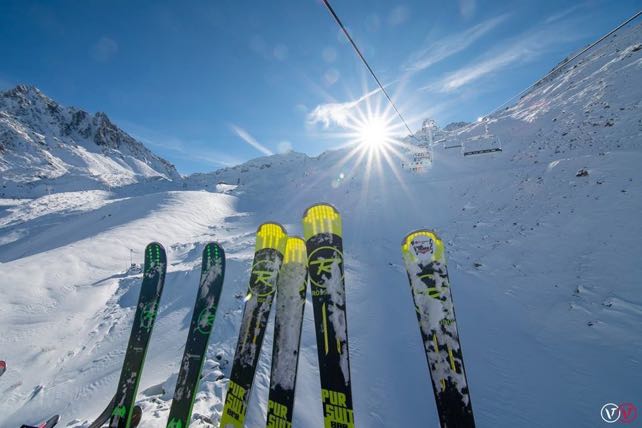 Many thanks to Mother Nature for turning the dial from mild to chilly last week. With big resort openings now underway, the Alpine ski industry urgently needed to get its snow cannons running.

As a result, Val d’Isere, Val Thorens and Ischgl all got off to respectable (but not exceptional) starts to winter at the weekend.

She could have sent us more natural snowfall though. Across the Alps the early-season cover is uneven, to say the least. Up high, above about 2700m, it’s pretty deep for the time of year – thanks to heavy snow at the beginning of November. But lower down, away from the snow cannons, there’s just a dusting in most areas, and in places it’s non-existent.

Even in Val d’Isere, which has got off to some strong starts in recent years, there’s a contrast between the upper and lower slopes. Up top, there’s more than half a metre of cover. In the village it’s more like 6cm.

Mind you, thanks to fresh snow on Friday, there was a little powder around for Val d’Isere’s opening weekend – for those who knew where to look. 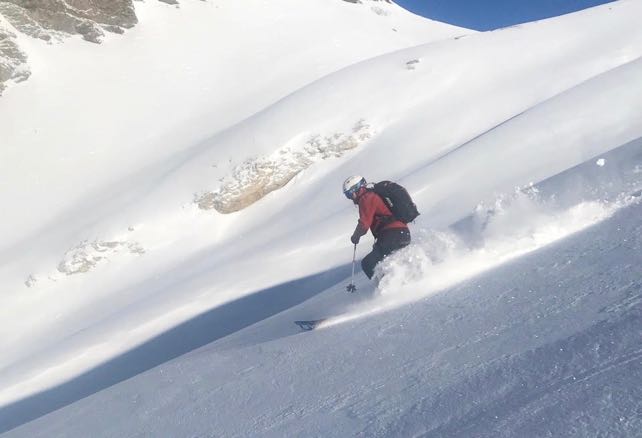 “It’s not good everywhere, but we had a great first morning with some fresh powder on a nice base,” was the word from Alpine Experience on Saturday. (Thanks to chalet specialist YSE for pointing me in their direction.)

Meanwhile, here’s how it looked in Ischgl in Austria on Sunday. As you can see, the snow cannons had built a solid base of snow on the pistes, but it was thin elsewhere. Snow is expected in the resort this evening and overnight, so it will look rather more wintry by lunchtime tomorrow. 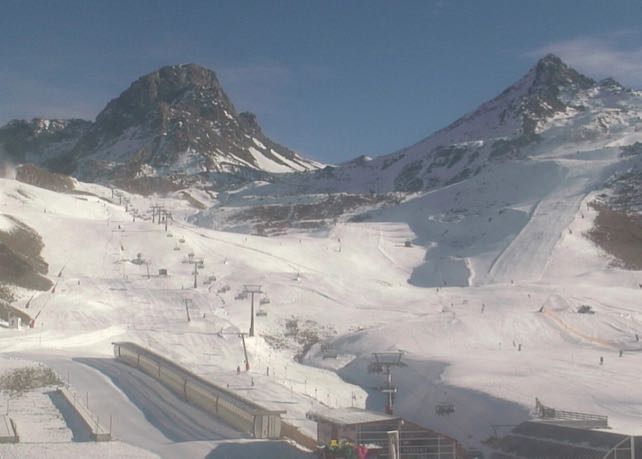 Right now, the most evenly-spread cover is in the south-western Alps, notably on the French side of the border. There were, for example, big smiles in Serre Chevalier today, after three days of on-and-off snowfall, which has left 30-80cm of cover across the slopes. Here’s how it looked there at lunchtime. 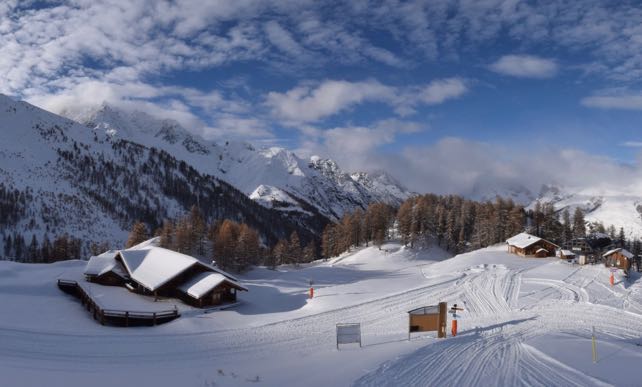 Serre Chevalier will open for two weekend previews (December 1-2 and 7-9), before the season gets properly underway on December 15.

A mild interlude is expected in the middle of the week

In the short term, this cold and occasionally snowy weather will continue, with light snowfall across the northern Alps tonight and tomorrow. Then I’m afraid it will warm up. The daytime freezing point is likely rise to 2700m in Austria on Wednesday and 2600m in France on Thursday. Temperatures will then yo-yo about for a while, with the greatest chance of mild weather in the western Alps, and more consistent cold in the east, notably Austria. It’s not a bad outlook really, given the time of year. The snowline is probably going to retreat uphill again in the west, but in the east even the lower resorts should be able to run their snow cannons, and get a solid base of snow onto their pistes.

Still, just to be on the safe side, anyone planning to ski before Christmas should build plenty of altitude into their plans.