A Week of Snow Expected in the Alps 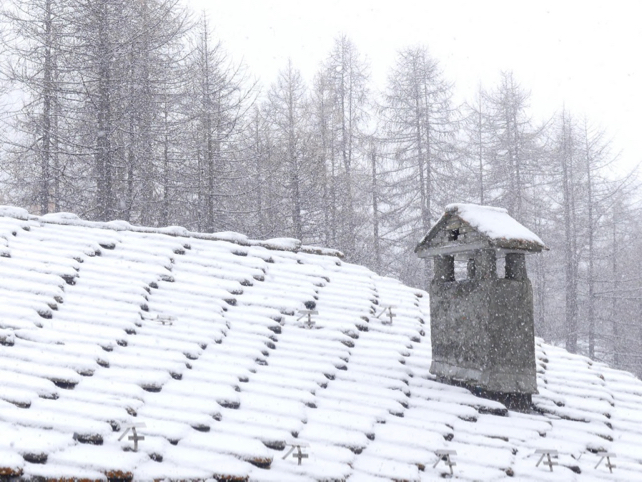 Val d’Isère this morning, as seen by John Yates-Smith of YSE. Photo: yseski.co.uk

Hold onto your bobble hats, Snowfiends. A whole week of on-again, off-again snowfall is expected across the northern half of the Alps – starting from today. Daily accumulations won’t be enormous, but it will be cold and – if the winds allow – the snow cannons will be running to supplement Mother Nature’s offering.

Here’s Meteoblue’s 24hr snow forecast to 9pm on Sunday November 28, which shows you just how widespread the snow will be across western and central Europe this weekend. 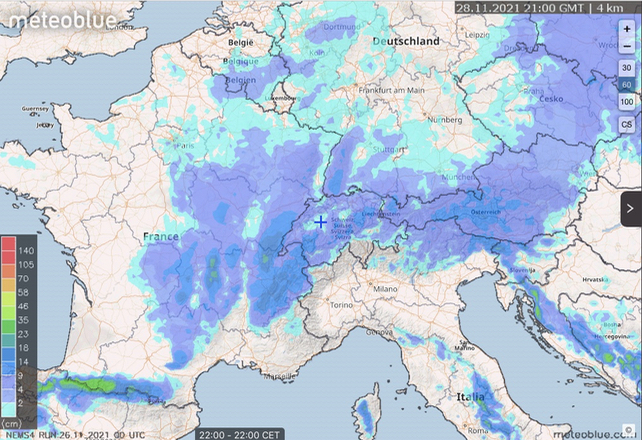 Later next week, if the forecast is accurate, we may finish with a heavier fall of snow across France, Switzerland and western Austria.

Over half a metre should accumulate in many places by the time the skies clear – which is very good news for me. I’m hoping to get a bit of ski-touring in on Friday in La Rosière next week.

This is the 24hr snow forecast to 7pm on Thursday, December 2. 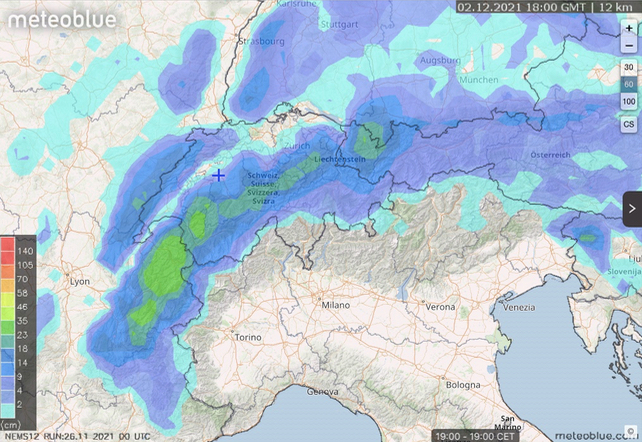 And here’s how it’s looking today at the Little St. Bernard pass between La Rosière and La Thuile. 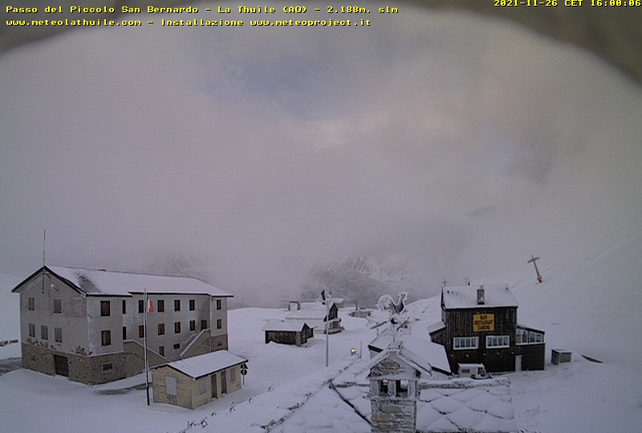 It’s likely to snow again in the Pyrenees too – adding to the white stuff that fell there on Tuesday and Wednesday. Pictured below was how the Grandvalira ski area looked yesterday. 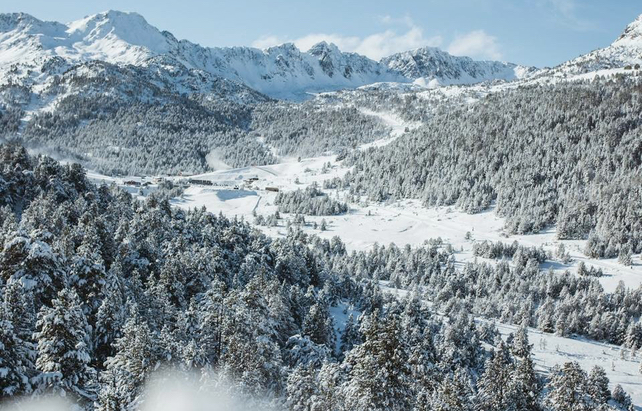 Generally, the southern side of the Alps will see much less snow, although the Dolomites are likely to get 20cm over the weekend, adding to the hard work of the snow cannons (and some recent light snowfall).

Here’s how it looked above Canazei in Italy’s Val di Fassa this afternoon. 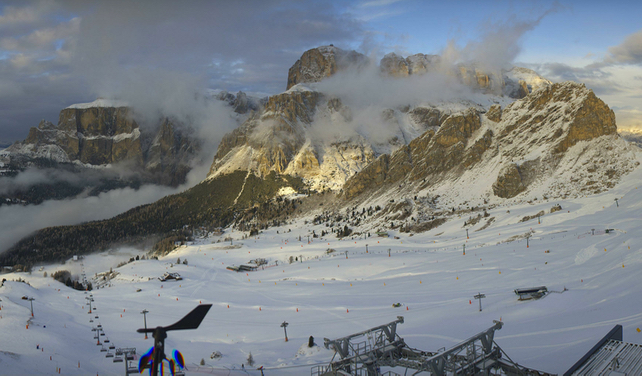 So, just as Val d’Isère fires up the lifts for its opening weekend, Winter has come a-calling. Chances are, it won’t be with us continuously between now and Christmas. Around December 8/9 there the mid-range forecasts are suggesting there could be a thaw. But – barring a proper heatwave, and heavy rain – the higher pistes will hold their snow, and get more if needed from the snow cannons. It’s looking promising for the school holidays.

Now all we need is for Covid to stop throwing curveballs.

No Responses to “A Week of Snow Expected in the Alps”