Glorious Sunshine in the Alps: and Snow to Follow 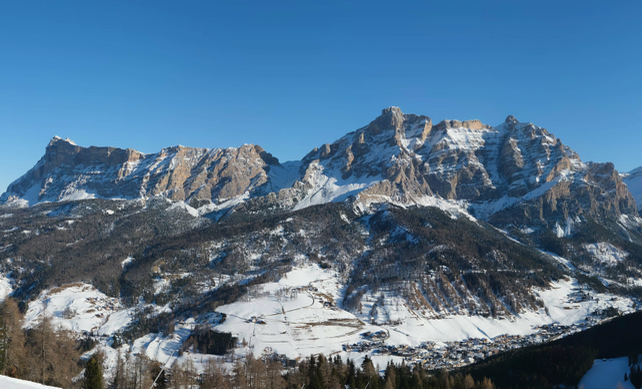 The view from Club Moritzino above San Cassiano this morning. Photo: moritzino.it/en/

What a beautiful morning for a ski race.

Pictured below is the Gran Risa race track, in the Alta Badia. It drops from the top of the Piz La Ila lift station, down to the outskirts of La Villa; and today it’s hosting the first of two World Cup Giant Slalom races. 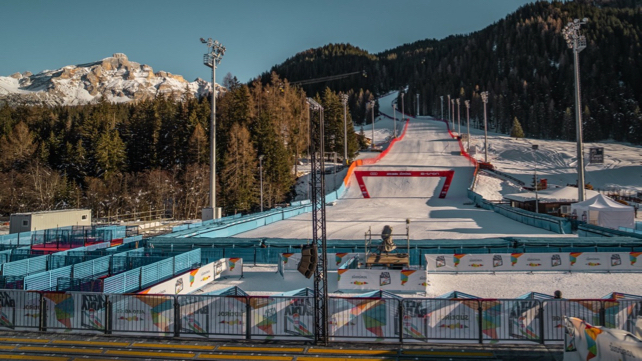 This was taken yesterday evening, at the bottom of the course. The quiet before the storm…

This morning, snow conditions on the course are rock hard, along its entire 1.255km length. That’s just how it should be, and that firmness and consistency is the product of meticulous, labour-intense preparation. Using the Steinbach Alpin system, the entire course has been injected with 700,000 litres of wagter, so that the cover is more than double the weight of normal, soft snow. It now weighs, on average, a staggering 550kg per square metre.

For most weeks of the season, you can ski the piste. It’s one of the highlights of a holiday in San Cassiano or Corvara in the Dolomites: and anyone who’s been down it will know how steep it is. The thought of trying to hold an edge, at speed, on that kind of slope and that kind of snow is a mind-bending one.

Ski racers really are breed apart: and surely some of bravest athletes in sport.

The weather, by the way is characteristic of the whole of the Alps right now. And if, like me, you are among those who should be out there – well, the flawless blue skies are a heart-breaking sight. So too is the top-to-bottom snow cover across the region. Yes, it’s been mild the last few days, so the pistes will be firm in places, but that seems like a minor niggle in the midst of one of the best starts to winter for years.

Here’s how it was looking this morning above Ischgl, in the Austrian Tirol. 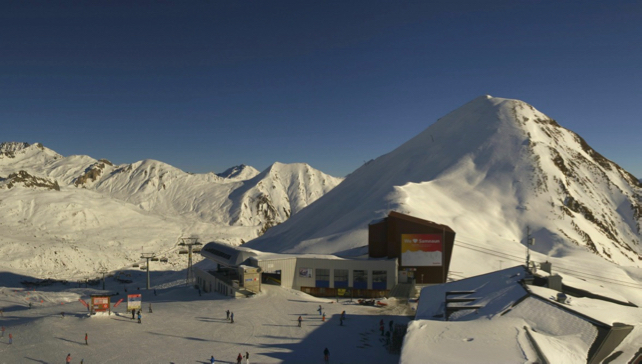 These immaculate conditions will start to break down as the week progresses. There’s some uncertainty as to how quick and deep the change will be. But at the moment Meteoblue is forecasting thicking cloud from Thursday, with periods of light, patchy snow, particularly in the west – before much heavier precipitation on Boxing Day.

Here’s the current cloud and precipitation forecast for December 26 at 9am. That’s not very promising for changeover day. If you are on the move on December 26, keep an eye on this forecast. 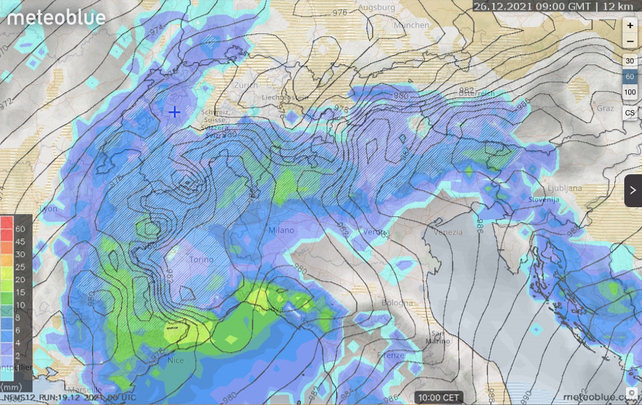 And, in the meantime have a brilliant Christmas, wherever you are.

One Response to “Glorious Sunshine in the Alps: and Snow to Follow”