Fresh snow on the Alpine Glaciers 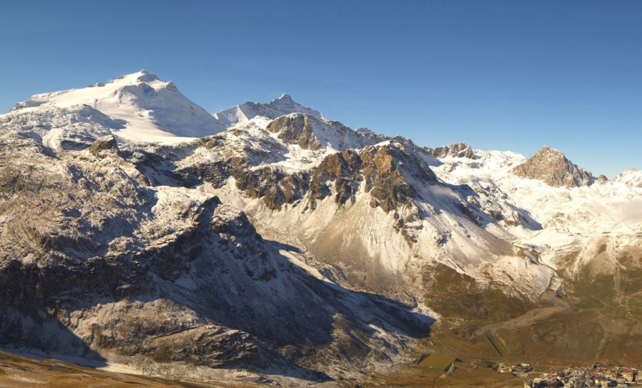 Here’s a sight to gladden skiers’ hearts as we march towards winter. It’s the view from Tovière in Tignes this morning, towards the head of the valley – and the Grande Motte glacier above it (top left, in sunshine). A couple of days ago, Phil Smith of the British ski school Snoworks told me they could do with a bit more snow up there, before the start of his autumn programme on October 18 – and right on cue it’s come. Let’s hope there’s some more over the next week or so. The glacier is due to open for the autumn pre-season on October 16.

Even more exciting is what’s been going on in Tirol over the last couple of days. This is how the Hintertux glacier looked yesterday morning, after 30cm of snow. 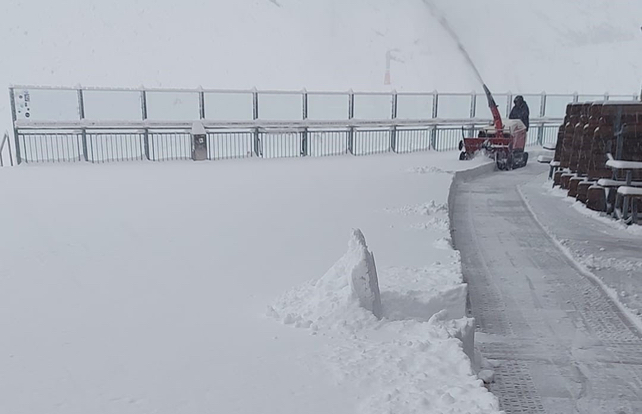 There’s been more since then. They’re talking about 40cm in all so far. Hintertux is open all year, so as soon as skies clear, conditions will be superb. Meanwhile, the Stubai Glacier, not far from Innsbruck, reports 25cm. It’s the perfect curtain-raiser for the start of its autumn season, on Friday.

Of course, we’re talking about glacier-skiing, not the opening of mainstream resorts. But it’s heartening nonetheless. And look what’s in the mid-range forecast for next week. 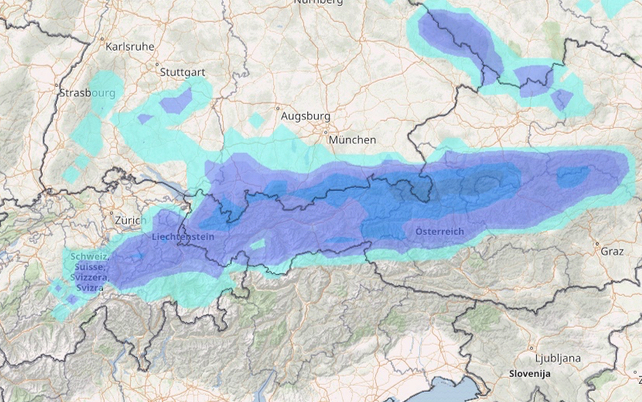 The 24 hour snowforecast to 2pm on Wednesday, October 13. Image: meteoblue.com

This is from our old friends at the Swiss forecasting service MeteoBlue. Up to 14cm of the white stuff is currently predicted to fall in the 24hrs to 2pm on Wednesday, with more to follow.

Bear in mind that this is a mid-range forecast for next Wednesday so we can’t count on it yet. But it closely mirrors the charts from the ECMWF for the same period, which predicts that an area of cold, moist air will slide down from the north, and bring more snow to the eastern Alps.

If that’s the case the Tirolean glaciers will be set up for cracking second half of the month.

No Responses to “Fresh snow on the Alpine Glaciers”