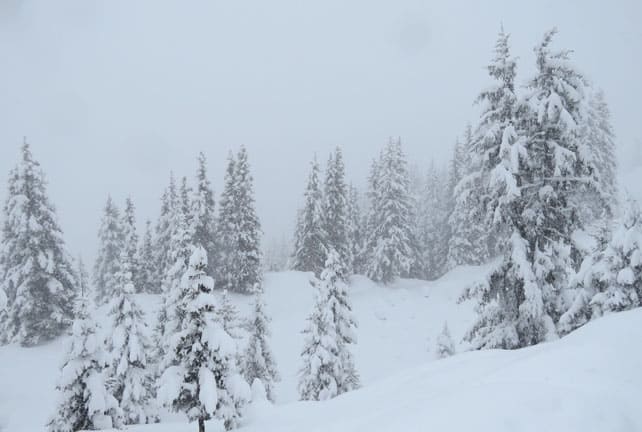 No doubt about it: it’s going to be an epic week for snow-watchers, and the action got underway today with a snowstorm in the north-eastern Alps that exceeded expectations and has so far dropped 25-30cm of snow in many resorts.

We certainly had 25cm on Schmitten, above the lakeside resort of Zell am See, where I’ve been skiing today.

It was windy too, and at the top of the mountain, visibility was a bit of an issue… 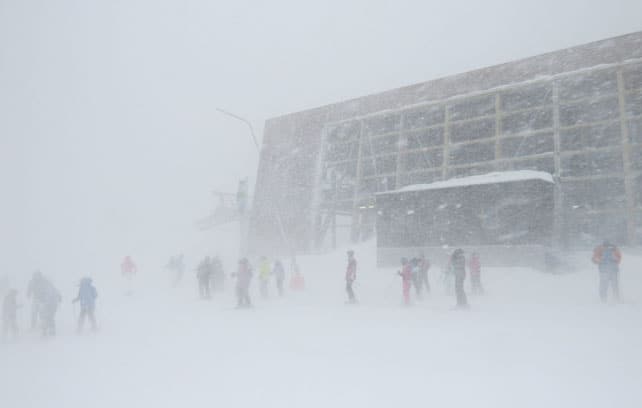 But look how much snow had fallen by lunchtime… 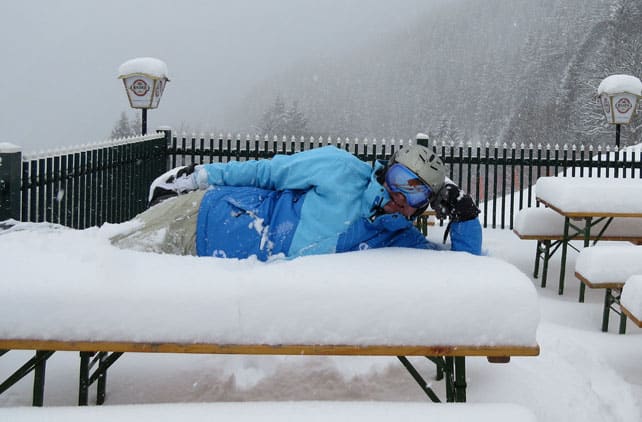 It’s still snowing now as I write this, and should continue until the early hours of tomorrow morning.

It was a huge relief to be skiing tree-lined pistes today. The lowlights cast by the forest added much-needed definition to the snow, which was getting pretty bumpy by lunchtime. None of the locals was complaining, though. After what’s been the warmest January since 1924, the change in the weather has been welcomed with open arms. The new snow is soft, cold and light: what the North Americans call “blower snow” and everyone’s tingling with anticipation for tomorrow when the clouds are set to lift.

Of course Zell am See wasn’t the only resort to get snow. Pictured below is how Lech was looking this afternoon. It reported 20cm of snow overnight, and it’s been falling for much of the day, too. 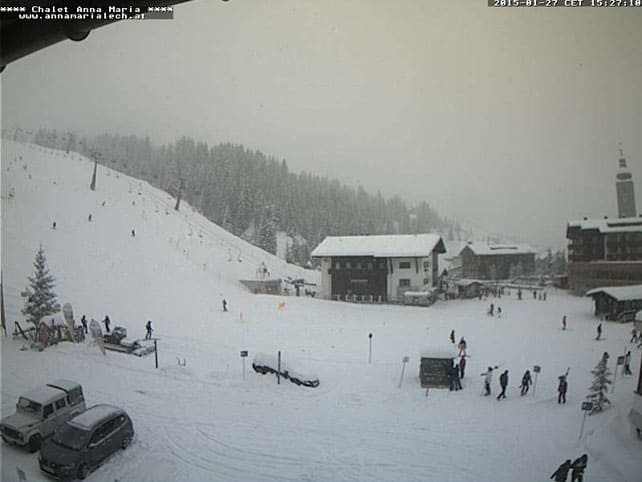 Meanwhile, this was the scene above Ellmau in the Skiwelt. The Skiwelt reported 15cm of new snow overnight, and it’s been snowing for much of the day.

Here’s today’s snow forecast for the Alps which gives you some idea of the extent of the dump. 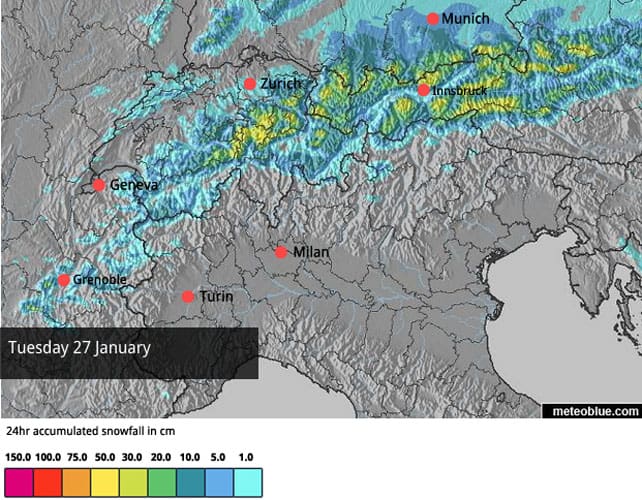 But let’s not forget what’s forecast for Thursday, when what looks like the storm of the season bowls down from the Arctic, and slams into the western end of the Alps. 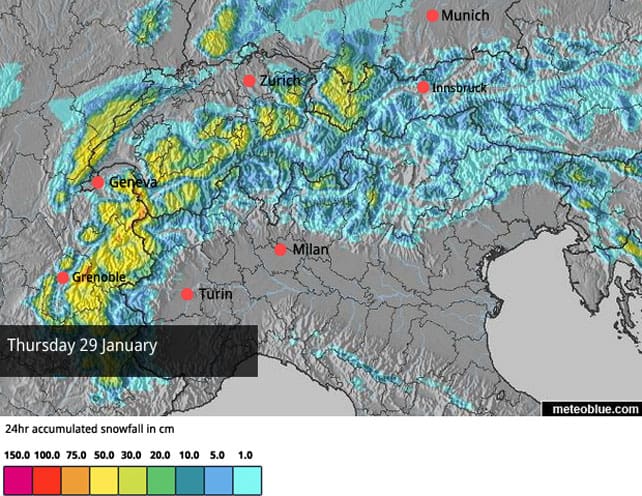 If all goes to plan, it will last into Friday… 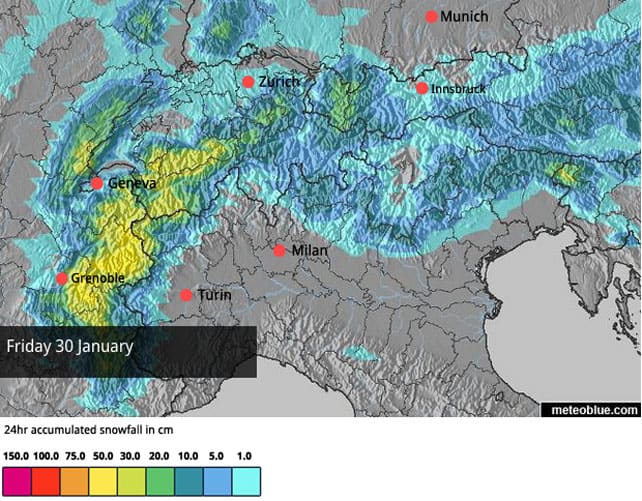 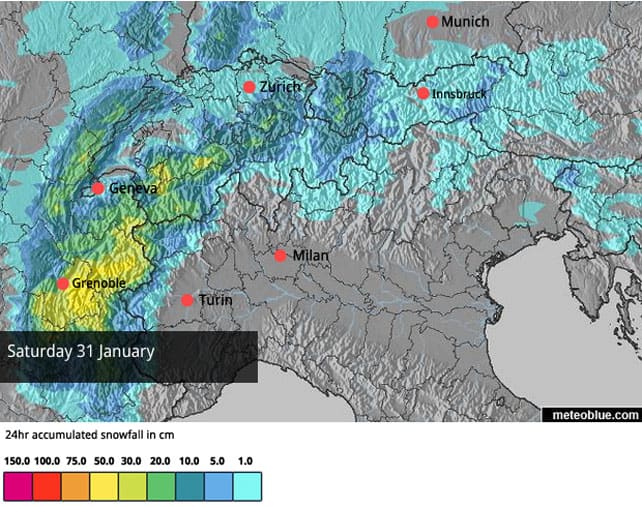 Let’s hope the French authorities aren’t caught short, as they were on December 27. Let’s hope also that the avalanche situation doesn’t get out of hand. Yes, we all want more snow. But this is going to be a very big storm. At the very least, we’ll see some road closures, and entire lift systems may have to shut down for a time. It’s going to be a challenging few days for the people who have to keep skiers safe.