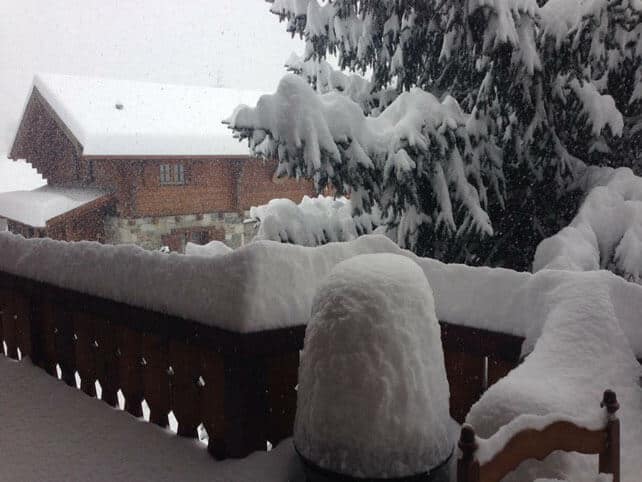 What a transformation! And what a snarl-up…

Over half a metre of snow fell at the weekend in many parts of the northern Alps, and in France especially it caused chaos, coinciding with one of the busiest holiday changeover days of the season. It was estimated that 15,000 cars were stuck on the roads at one point. Some holidaymakers reported spending eight or nine hours in transfer buses, before being moved to local gyms and town halls – which were serving as emergency shelters. For those caught in the gridlock it was a miserable start (or finish) to their holiday.

More snow is expected in Switzerland and Austria this afternoon – although not in quite the same quantities as at the weekend – and the white stuff will continue to fall in Austria until Wednesday. By contrast, the French Alps will see only a sprinkling, and in Italy, it’s likely to stay dry. Here’s today’s snow forecast for the Alps. 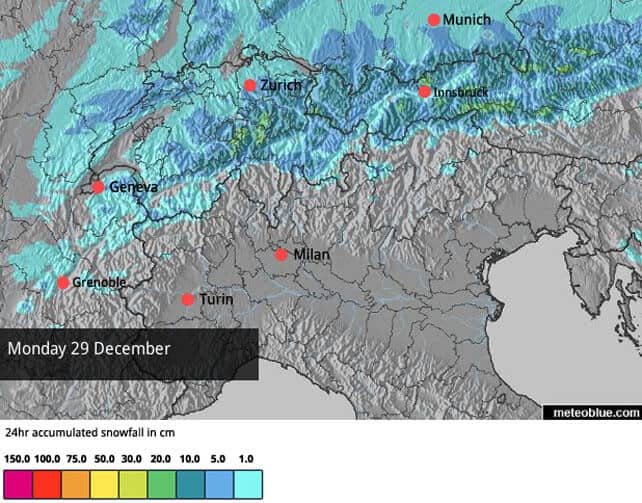 The Welove2ski snow forecast for the Alps, December 29.

It’s bitterly cold, too. The freezing point is at just 100m today in the Austrian Alps, and the temperature at 2000m is hovering between -10C and -13C. Northerly winds will make it seem even colder.

Needless to say, the snow has made a huge difference to the skiing conditions almost everywhere, although the avalanche risk has now risen significantly, to 3/5 in many areas. The risk above 2000m is acute; not only because the new snow is not bonding well with existing cover, but also because of the wind, which has created unstable slabs of snowdrift on top of the freshly-fallen snow (there’s a good explanation of the difficulties, in English, on the Tirol’s avalanche service website). Off-pisters will need to proceed with caution at altitude. Lower down, they may also find they quickly sink through the powder to hit the rocks and tree roots below.

Here’s a quick survey of today’s webcams and social media posts. At last, it’s looking wintry, although it’s worth noting that very few resorts have all their pistes open yet. Lower down, the cover is still quite thin.

Let’s start with Val d’Isere in France – where the snow is now 60-100cm deep. 51% of pistes are open across the Espace Killy area (which it shares with Tignes). 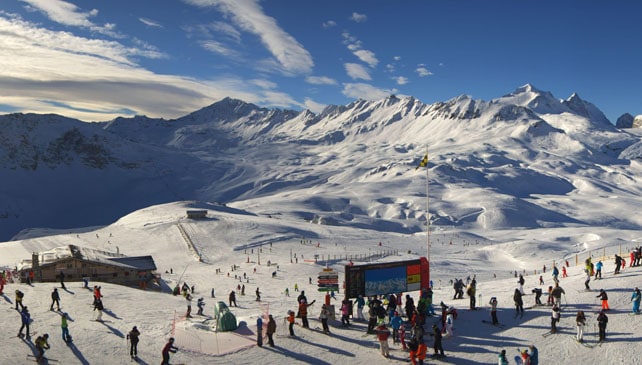 Meanwhile, here’s Courchevel earlier this morning, before the New Year crowds got out. The snow is 60-96cm deep, and that piste must have been an absolute joy to ski… 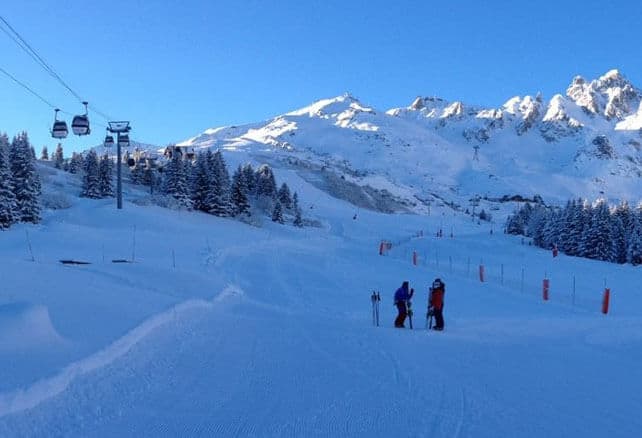 And – significantly – here’s the Front de Neige in Les Gets, which sits at 1200m. Before Christmas, this slope was an ocean of grass, broken only by the occasional mound of melting, man-made snow. 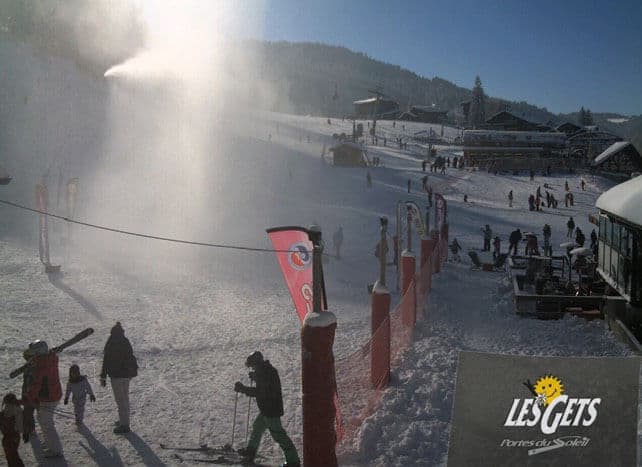 Pictured below is the Serre Chevalier ski area, above Briancon, which had 50cm of fresh snow at the weekend, and reports settled depths of up to 80cm, on-piste. 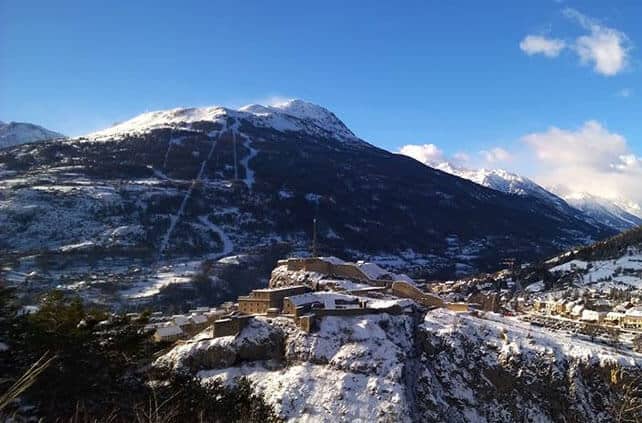 Here’s how it was looking in Verbier yesterday. The snow here is 47-128cm deep, and 23 out of 39 pistes are skiable. Most of the itinéraires are not yet open, however. 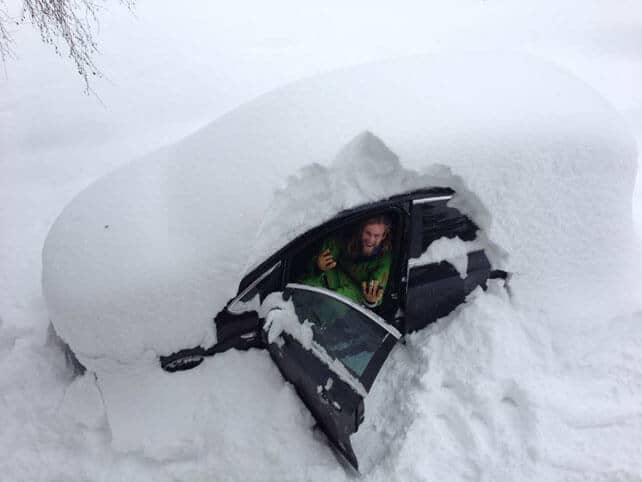 Pictured, below is Cervinia, which shares its ski area with neighbouring Zermatt. During the early-season snow drought Cervinia offered some of the best and most extensive skiing in the Alps, but didn’t see the same quantities of new snow at the weekend as the resorts further north. However, there was 15-20cm of fresh on Sunday, and there’s a metre packed down on the pistes, mid-mountain. The temperature there is -12C. 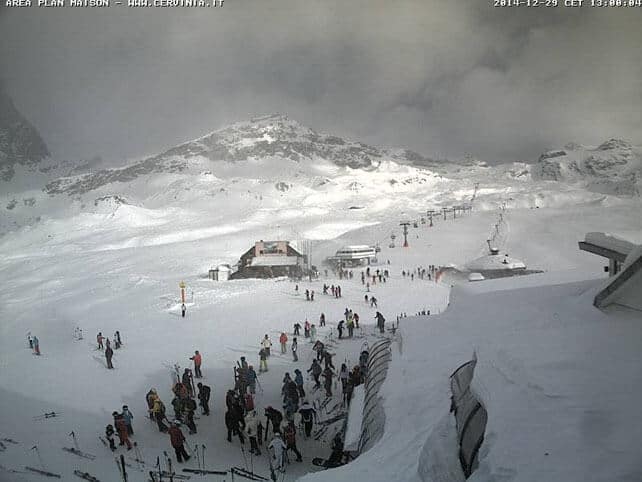 Below is Madonna di Campiglio today. Like Cervinia, it too had a good start to the season, but missed out on the meat of last weekend’s dump. Currently, there’s 95cm of snow packed down on the higher pistes. 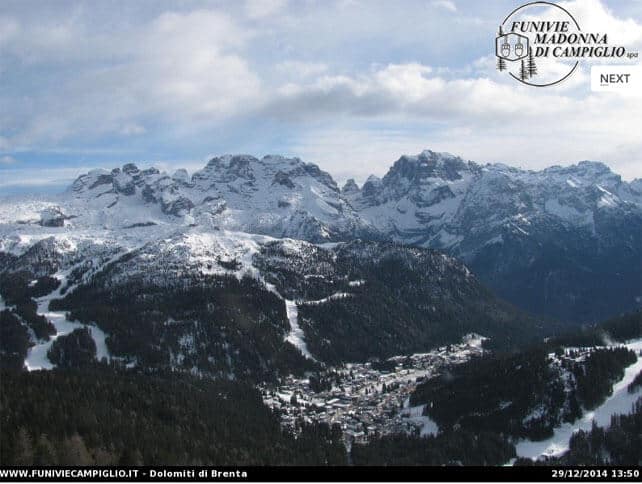 Pictured below is Ellmau in the Skiwelt in Austria, where it’s snowing again. Less than half the pistes are open in the Skiwelt, and the settled cover is still only 15-35cm deep. That should improve over the next couple of days.

Pictured below is Lech, where the snow is now 60-80cm deep on piste. Most pistes are now open across the Arlberg. 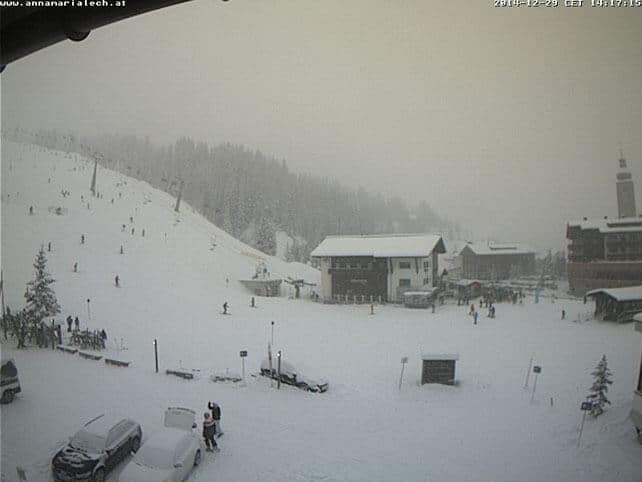 Pictured below is how it’s looking above Zell-am-See today, on the Schmittenhohe, where all but three of the lifts are currently open, and 62% of the pistes are currently skiable. 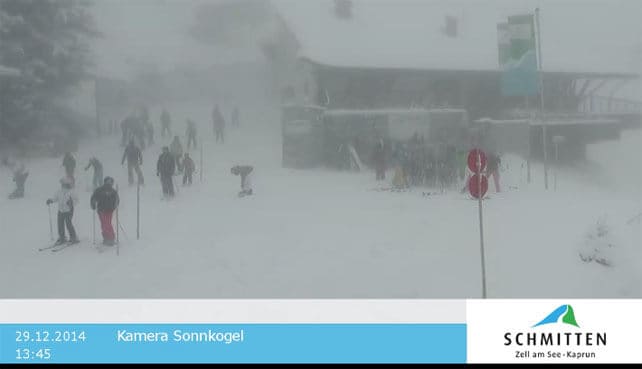 The immediate outlook is for conditions to stay wintry until Thursday. But then the weather is going to warm up again. On Friday the freezing point could be up to 2000m in France and maybe 2400m in Austria, which will affect the quality of the snow in all but the highest resorts. The mid-range forecasts disagree as to how long the mild, sunny weather will last, though. It might break down over the weekend, or stick around and build. As a result, if you’re planning a trip over the next couple of weeks, I’d play it safe and aim high.

There’s been fresh snow in the Pyrenees too

The resorts of the Pyrenees are in good shape today as well. In Andorra, the Grandvalira ski area reports 15cm of new snow, and settled cover of 50-120cm on the pistes.

Yet more snow in the Rockies 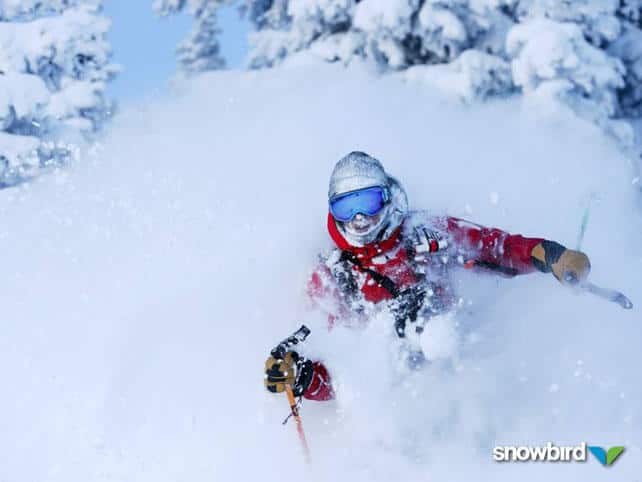 It’s been a memorable festive season in the Rockies, with three snowstorms last week in many resorts, and more to come. Sunday was particularly kind to Snowbird, which notched up 45cm of fluffy Utah snow in 24 hours. Canyons got lucky too – with 39cm in a day. In Colorado, Breckenridge had 15cm (48cm in the last week), and Vail also had 18cm (86cm in the last week). In Wyoming, Jackson Hole had 10cm overnight and 30cm in the last two days. Mid-mountain snow depths in many resorts are well over a metre, and conditions are superb – although it is cold. Mid-mountain in Vail it won’t top -11C today.

No Responses to “Snow Report, December 29”