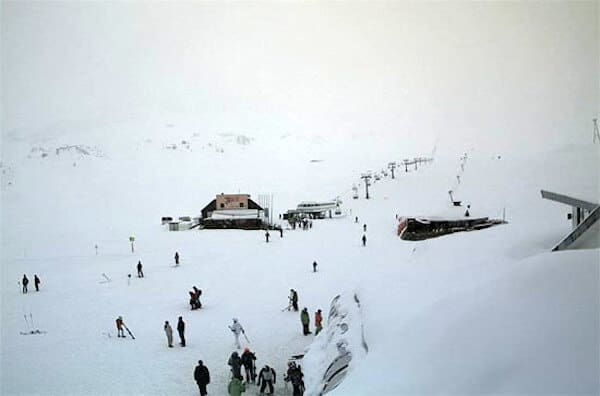 Last week’s heavy snow in the Alps is a fading memory – blasted away by strong southerly winds.

As regular visitors to Welove2ski’s Snow Report will know, last week saw a couple of big dumps in the Alps. Temperatures were fairly low too: so despite the strong spring sunshine, anyone lucky enough to be out skiing when the skies cleared had a couple of memorable mornings. Monday and Wednesday in particular were miraculous – characterised by empty slopes and knee-deep powder.

But this is the end of April – and the weather can change in an instant. Almost as soon as the sun came out the wind swung round to the south and ever since it’s blowing strong and warm. Even in mid-winter a southerly wind (know as the Foehn in the Alps) is a snow-eater, and it’s been gobbling up the snow on lower slopes and turning all but the highest runs wet and heavy. There’s been rain at lower altitudes, too, and the visibility has been pretty ropey at times. Anyone who heard about the fresh snow last week and has rushed to the mountains imagining they would find winter will have been disappointed by what they found.

Here’s how Tignes was looking this morning:

Of course, nearly all Alpine ski resorts have now closed. The last shut over the course of the next nine days. Obergurgl and Val d’Isere close on May 1, Cervinia on May 6, and Tignes and Val Thorens on May 8. After that, it’ll be a case of targeting the glacier-based lift systems, such as the Hintertux, or targeting the resorts of the southern hemisphere. 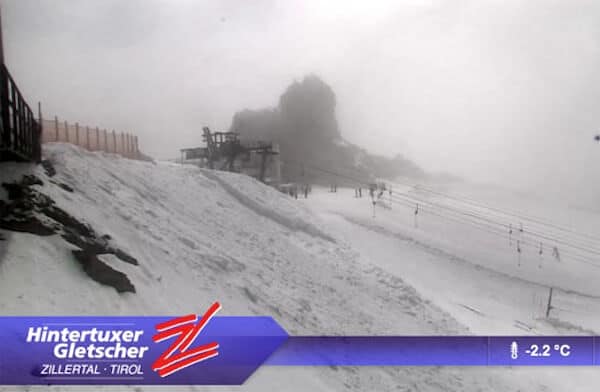 The season’s winding down fast in North America too. In Utah, Snowbird is open till May 20, and in Canada Lake Louise closes on May 6 and Whistler on May 28. Whistler is due fresh snow over the next couple of days – but only on the top half of the mountain. Lower down, it’s going to be raining.

No Responses to “Snow Report, April 30”