Nice weather, huh? And I’m not just talking about cloudless blue skies over the Snow Report office this morning.

The sun’s shining in the Alps too – on the glaciers at Les Deux Alpes in France, and Hintertux, at the far end of the Zillertal in Austria.

The glacier above Les Deux Alpes, where the temperature was -2C first thing. Photo: © www.les2alpes.com 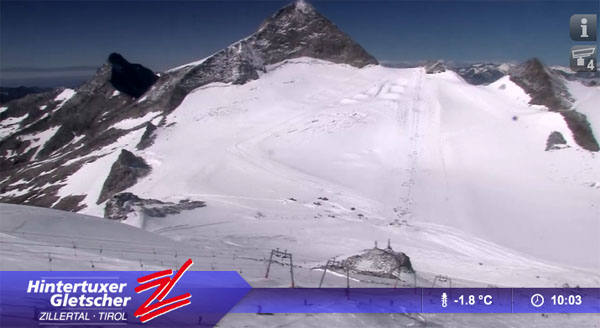 Sunshine and up to 155cm of cover on the Hintertux glacier in Austria. Photo: © www.tux.com

It’s also been shining on the team of 20 Austrian cyclists from the Tirol – who are raising money for a British charity, Disability Snowsport UK. Two times overall World Cup winner Stephan Eberharter is among them, and they’re en-route from Innsbruck to London: a 1,300km ride. You can follow their progress thealpsoflondon.tirol.at – and make a donation justgiving.com. 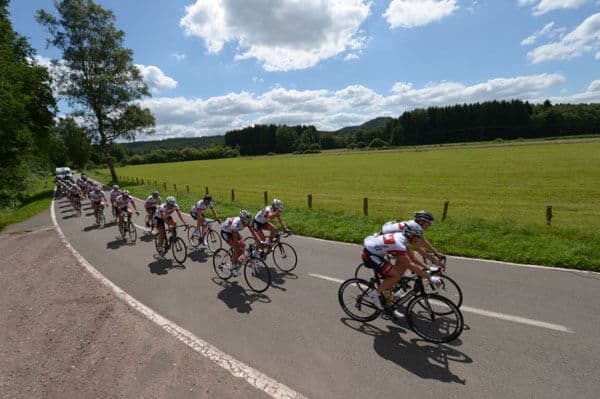 Meanwhile the Southern Hemisphere, there’s been lots sunshine in the Snowy Mountains of Australia – as you’ll see from today’s video snow report from the ski resort of Perisher. 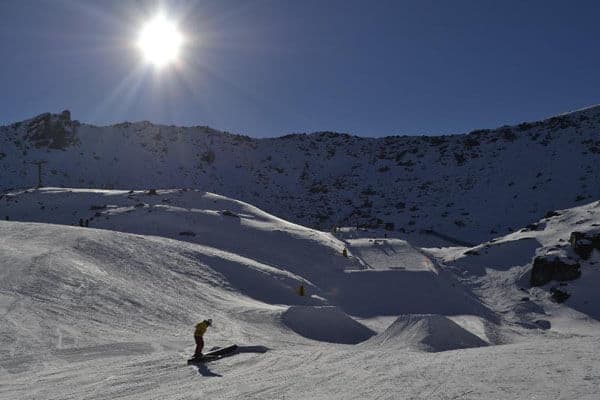 …And in the ski resorts of Chile. 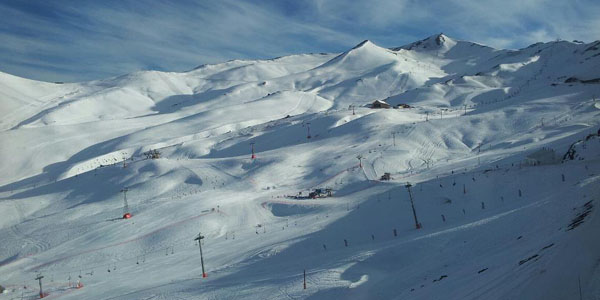 In fact, there’s been so much sun around that this week’s Snow Report is feeling slightly snow-starved. Admittedly, there are a few exceptions to the broad picture. In Perisher, Australia, there was a dusting of snow last week. And on Saturday, Las Lenas in Argentina bucked the South American trend with a decent dump of snow, as this video report shows.

However, in most places it’s been three weeks since the last decent dump.

In New Zealand it’s been warm too – as a big lump of tropical air has swept down from the north, bringing heavy rain and some flooding to the North Island. In the South Island resorts that’s sent the snowline scurrying back uphill, and in some resorts, skiing on-piste is just about all you can do now. Thank heavens it’s been cold enough at night to run the snow cannons to keep the groomers in reasonable shape.

Currently, it looks as though it will be the south-eastern corner of Australia that gets fresh snow first, with snow expected on Thursday or Friday.

No Responses to “Snow Report, July 23”