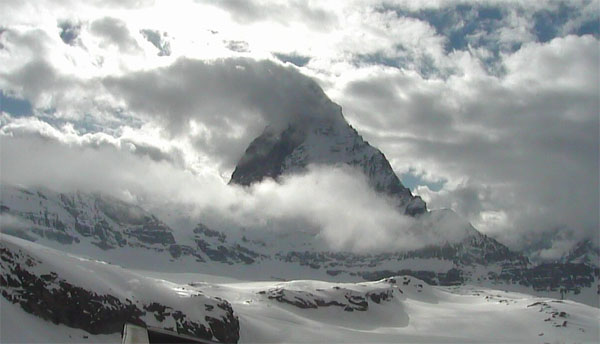 The Alpine glaciers are going to see fresh snow this weekend: and for a time it may settle lower down, too.

Our snow forecast page tells the story. Heavy rain will move in from the north-west this afternoon, accompanied by falling temperatures. As a result, the snowline will drop down the mountains on Friday – while the weather front moves east from France into Switzerland and Austria.

Come Saturday it looks as though the area just east of Innsbruck – including the Hintertux glacier – could see up to 30cm of snow. Temperatures are likely to drop further on Sunday – in fact, Meteo Chamonix reckons the freezing point in France could be down to 1800m – and there’s likely to a second, lighter, pulse of snow. 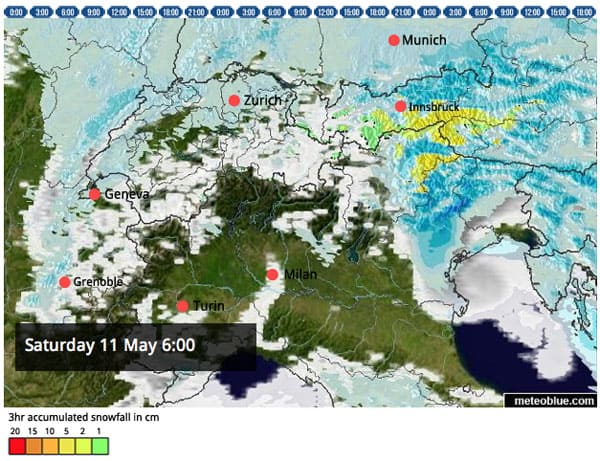 Welove2ski’s rain and snow forecast for Saturday morning, May 11

So as “winter” comes to a end on Sunday – with the closing of Val Thorens, Chamonix and Tignes – the glacier-skiing season is set for a strong start. Of course, there’s no telling yet how summer 2013 will unfold: and you may remember how grey and slushy the glaciers where looking by early August last year.  But for now, there’s good skiing to be had up there. The glacier in Tignes (which will reopen to the public on July 6) currently has 275cm of cover, and Hintertux (open all summer) up to 305cm. That’s a lot of snow.

Tignes today. The resort closes on Sunday: but the glacier will reopen to the public on July 6. Photo: © tignes.net 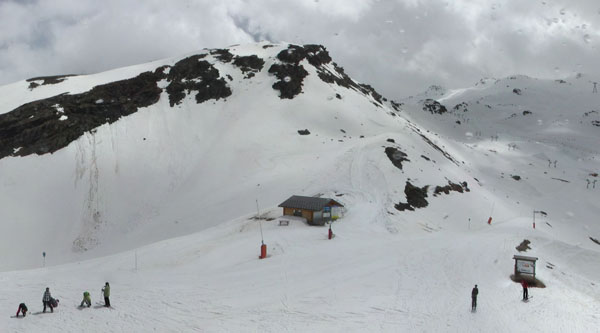 Val Thorens, which closes on Sunday and currently has up to 220cm of snow on its pistes. Photo: © valthorens.com 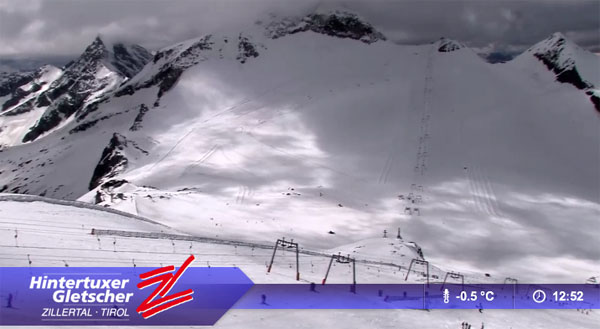 The Hintertux glacier – open all summer, and currently reporting up to 305cm of snow, on-piste. Photo: © tux.at 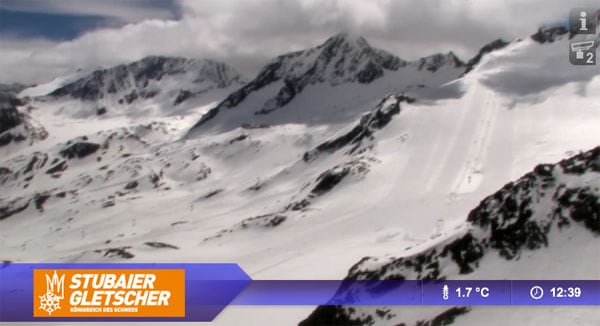 The Stubai glacier today. Open until July 5, and boasting up to 220cm of cover, on piste. Photo: © stubaier-gletscher.com

Meanwhile, over in Colorado, a meaty storm has swept from east to west across the Rockies. It’s brought heavy rain to the plains east of Denver, and a foot of snow overnight to Arapahoe Basin – which continues to have a memorable end to its season (remember the dump of April 22?). There, the lifts are due to keep spinning until June 2, and the latest snow report announces a settled snowpack of 172cm. 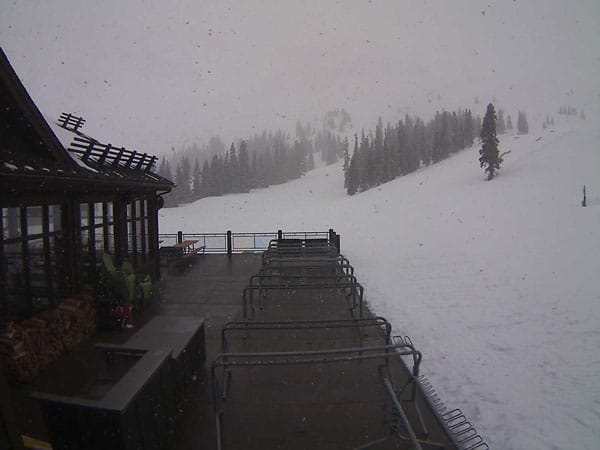 Arapahoe Basin this morning. The resort reports a foot of fresh snow higher up. Photo: © arapahoebasin.com