In Colorado, the race to open is on!

Each autumn, the high-altitude resorts of Loveland and Arapahoe Basin compete to be the first ski areas in the state to open for winter. Sometimes, the winner is also the first non-glacier ski area to open in North America, too: although lately other areas in Nevada, New England, Minnesota and elsewhere in Colorado have stolen their thunder. But either way, the moment they fire up their snow cannons and start to lay down cover on their trails is an exciting one. It feels like we’re taking another significant step towards winter.

Both resorts got going on the evening of Friday, September 27, and both made snow into Saturday morning.

Here’s how it was looking at Loveland on Saturday. 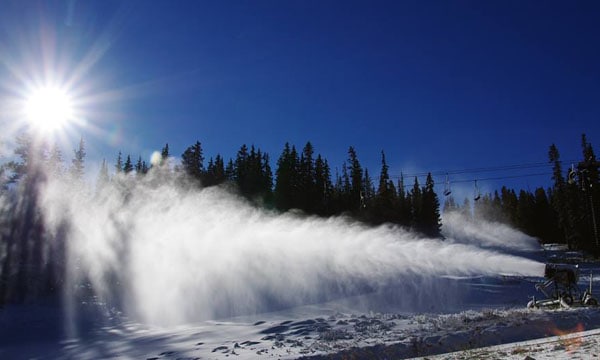 And this was the view at A-Basin. 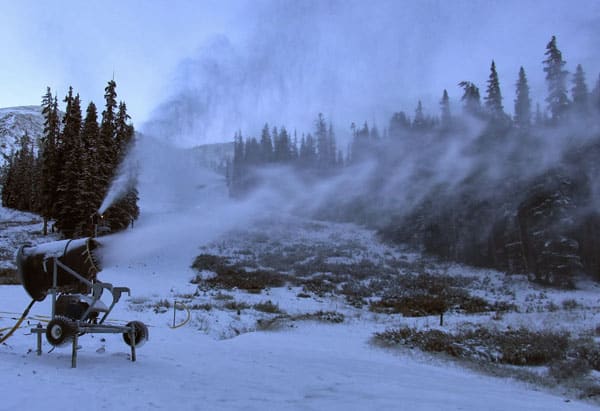 And if you just can’t get enough of snow cannons, then here’s some video, too!

It’s not unusual for the snow cannons to start at the end of September. And this year, the move came at the end of a week of natural snowfall in many mountain resorts of the west. California, Wyoming and Utah were among the states to see the white stuff, as well as Colorado. 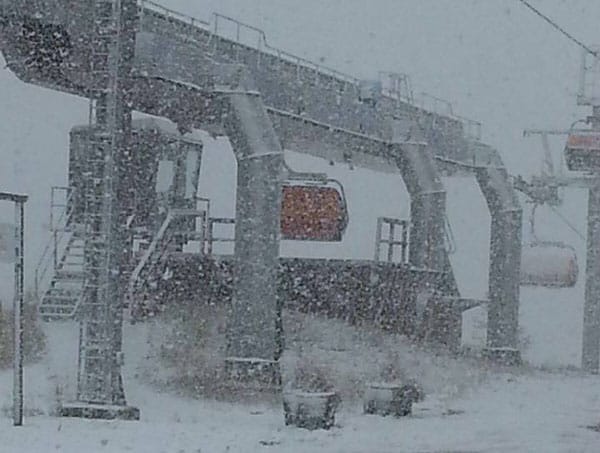 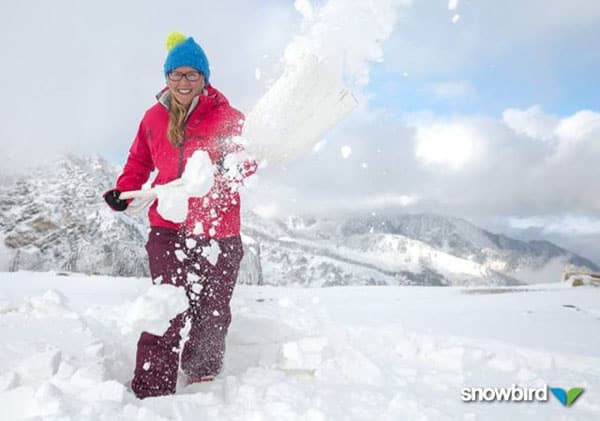 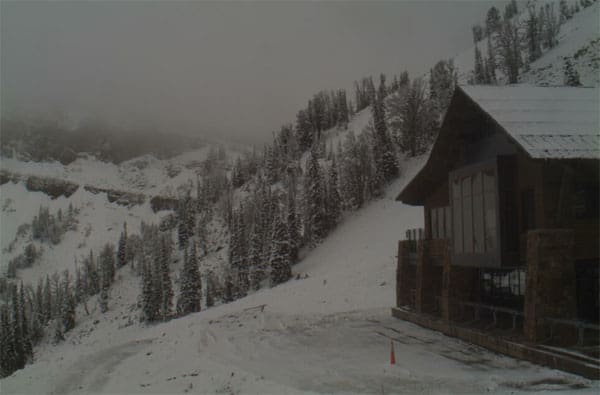 Breckenridge went all furry at the sight of its first snow, on September 23.

Will it last? In the short term, yes. After all, this was how it was looking at the top of the Whistler gondola yesterday afternoon. 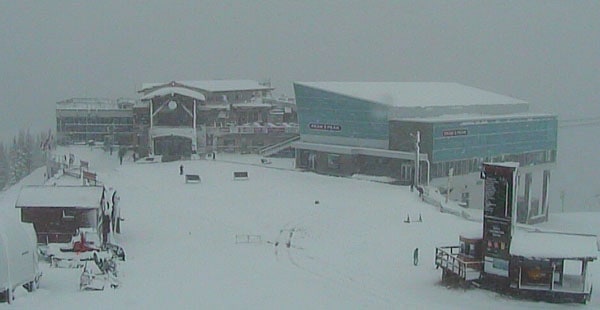 The top of the Whistler gondola, September 29. Snow is expected to continue at altitude until October 1. Photo: © whistlerblackcomb.com

Meanwhile, in Colorado, ace snow forecaster Joel Gratz reckons that after several dry, sunny days another storm will hit on Thursday night, and could deposit 15cm of snow in places. If conditions remain conducive to overnight snowmaking this week, and the storm does its bit, we’ll almost certainly see a few groomed trails opening in both A-Basin and Loveland at the weekend. By the way, an opening day on October 5 is slightly earlier than normal, but not significantly so. For example, in 2009, Loveland opened for skiing on October 7.

What we can’t do at the moment is count on an epic start to the mainstream ski season in Colorado – or anywhere else in North America for that matter. The signs are promising at the moment. But there’s always a chance that a mild spell could get in the way and slow things down. Still, the very least that can be said is that Colorado deserves a decent start to winter. By the usual snow standards of the state, the last two seasons have got off to a poor start. Fingers crossed they get one to rival the epic early season of 2010.

Remember the snow that fell right across the Alps on September 17? I’m afraid it was followed by a sharp thaw, and Indian Summer conditions – which sent the snowline scurrying skywards. There was rain at the weekend, with a snow on the very highest peaks, and conditions are due to stay mild for the rest of the week.

In other words, the weather’s normal for the time of year. 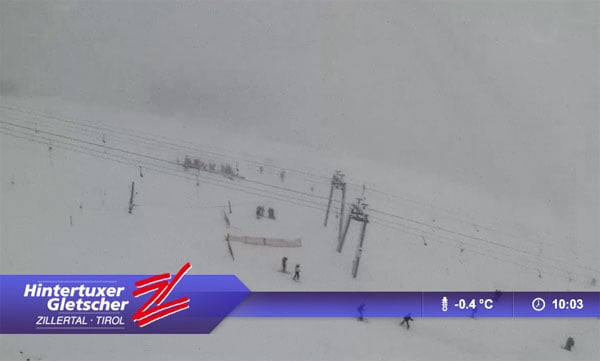 A mild and murky morning on the Hintertux glacier. Pre-season skiing is in full swing here. Photo: © tux.at

Thanks to the mid-September snow, many of the glacier ski areas are now open: check our country-by-country guide below for details.