The Deep Freeze Continues: But it’ll Turn Milder on Thursday 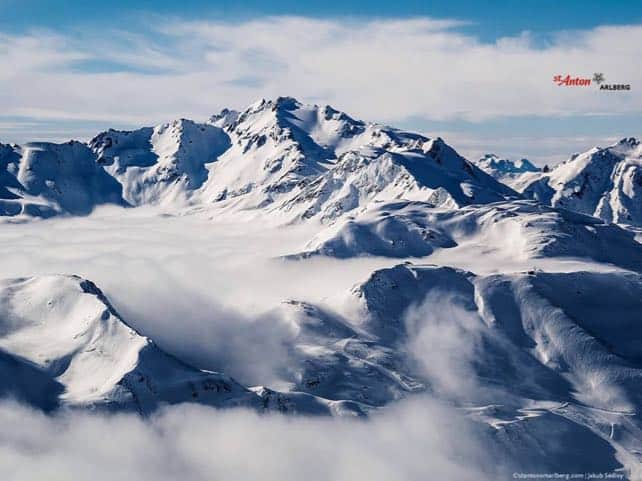 St Anton in the Tirol this morning: Photo: St Anton/Facebook

While the UK is battening down the hatches for a prolonged cold spell, the Alps are expecting rather more changeable weather this week.

It has certainly started chilly. In the Tirol today, the region’s avalanche forecasters were expecting a top temperature of -20C at 2000m, and at resort level in St Anton the high today was -12C. In France, Val d’Isere was expecting -10C at resort level and -17C up high.

Tomorrow and Wednesday will both be frigid too.

Then, on Thursday, the really cold air will edge north, and winds from the south and south-west will bring a milder airstream. We’re not talking about spring-like conditions, but we could see the daytime freezing point jump to around the 1500m mark, which means 0C at village level in many resorts. There’s likely to be snow in the western half of the Alps, with the area around Serre Chevalier in France getting as much as 30cm.

Here’s the forecast for Thursday, which will probably be the snowiest day of the week. 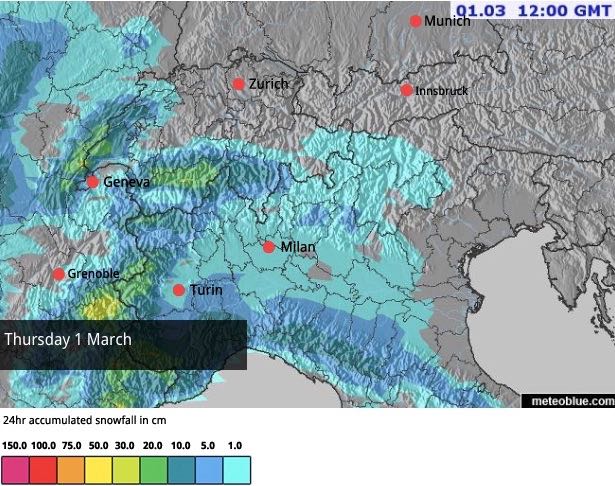 Thurday’s snow map for the Alps.

Elsewhere, as you can see from the map above, 5-20cm is more likely. So we’re not expecting really significant dumps this week.

The softest snow right now is to be found at the western end of the Italian Alps, which had moderate snowfall at the end of last week. It wasn’t as heavy as first expected: but on Saturday there was more than enough powder for those who knew where to find it. This was how it looked amongst the trees in Pila today. 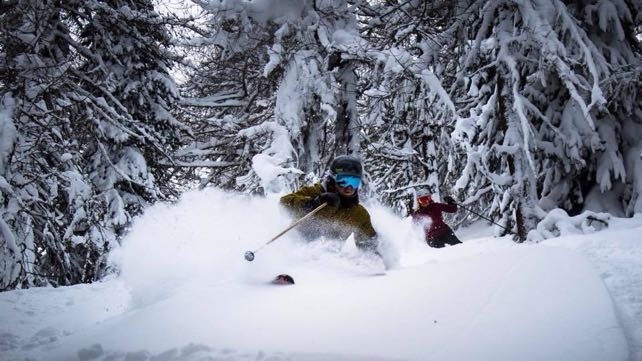 Pictured below was the view over the Monterosa ski area, showing a common phenomenon of the day: sunshine up high, and plenty of cloud lower down. 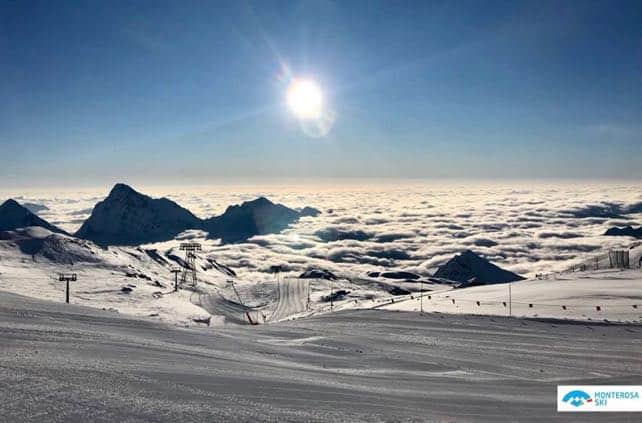 Pictured below was how it looked at lunchtime in Val d’Isere, on the Solaise. It’s a useful reminder, if anyone needs it, of why lunch is one of the best times to be out skiing, rather than sitting in a restaurant. 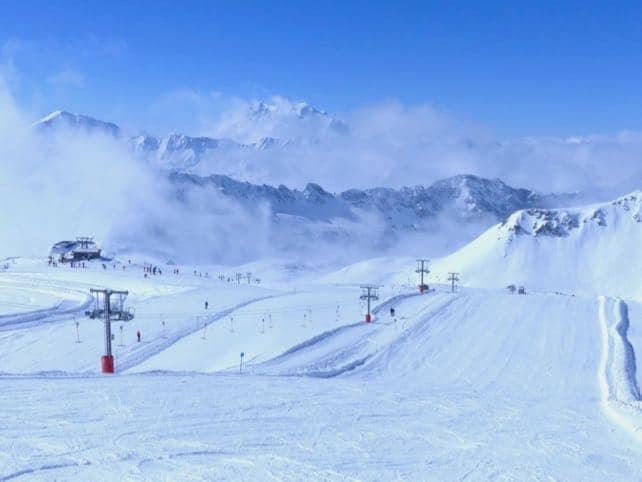 And this was a rather dramatic moment in the weather this morning in Soll, in the Tirol’s Skiwelt. 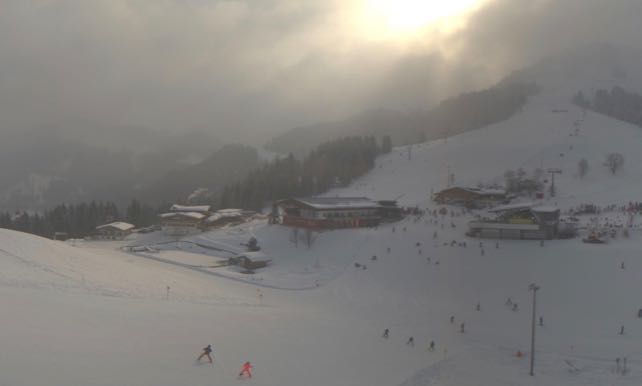 Generally speaking, the pistes are firm at the moment, apart from in western Italy where the heaviest weekend snow fell, and the cover is soft and squeaky. However, there’s top-to-bottom skiing on offer everywhere, and the last thing anybody needs to worry about at the moment is springtime slush.

Off-piste, conditions are varied, and the intense cold is making the snowpack unstable in places, even where there hasn’t been much new snow. Local knowledge is required to ski it safely – so it’s best to hire a guide.

By the way, it looks as though the cold air will have settled back over the Alps at the end of the week. Here’s the ECMWF’s latest forecast for Saturday March 3, which is the kind of map you might expect to see on January 3. Except of course, no-one really knows what to expect in January anymore – or any other month for that matter… 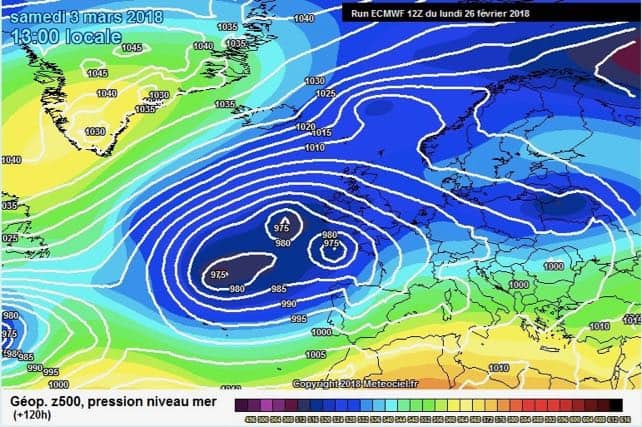 2 Responses to “The Deep Freeze Continues: But it’ll Turn Milder on Thursday”