Heavy Snow and Stormy Winds Expected in the Alps 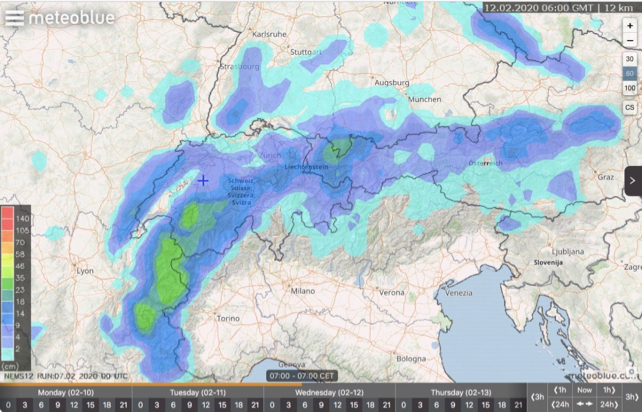 Meteoblue’s snow forecast for the 24hrs to 7am next Wednesday. Image: meteoblue.com

The Alps often see fresh snow in the run-up to February half-term – followed by sunshine once the holiday actually starts. Remember last February, for example?

This year it looks as though we’re getting an extreme version of that event.

Next week, starting on Monday, we’ll start to see snow fall over the northern Alps; from France all the way to Austria. It’ll be heavy on Tuesday night and again on Thursday and Friday.

France and western Switzerland will see the heaviest accumulations. 50cm is expected in many places, and it could be nearer a metre in some places. The snow will settle down to around the 1300m mark to begin with, and then it’s likely to fall to lower elevations at the end of the week.

See above for Meteoblue’s snow forecast for the 24 hours to 7am on Wednesday.

Meanwhile, below is the forecast for the 24 hours to 1pm on Friday. This is still a long way off, so the outlook may change before we hit Valentine’s Day. 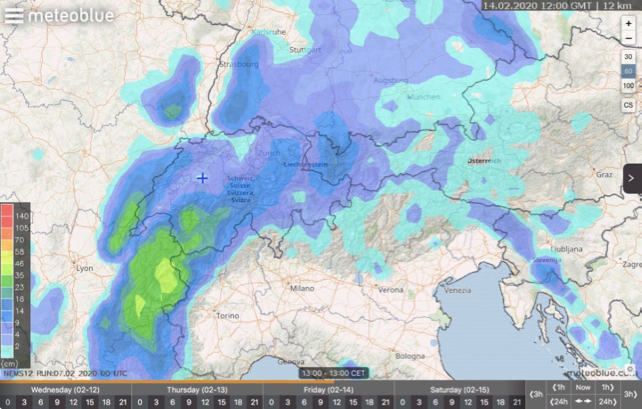 In some respects the forecast is good news. The resorts across the northern will be recharged with snow as we approach the big school holiday. However, these snowstorms will also be accompanying by strong, sometimes stormy winds. So expect occasional white-out conditions and lift closures in the higher resorts next week. Expect the avalanche risk to rocket as well, as unstable wind-slabs form and cornices get overloaded with drifting snow.

As ever during these stormy events, extreme caution will be needed if you’re planning to venture off-piste. The avalanche risk is likely to stay high for at least a couple of days afterwards as well.

Skies will probably clear on Saturday February 15. But then watch out for a rapid rise in temperature as warm air is pulled in from the south. This is will add to the instability of the snow in the short term, and it will affect its quality. However, if the sun’s out I don’t think many families will be complaining too bitterly about mild temperatures. 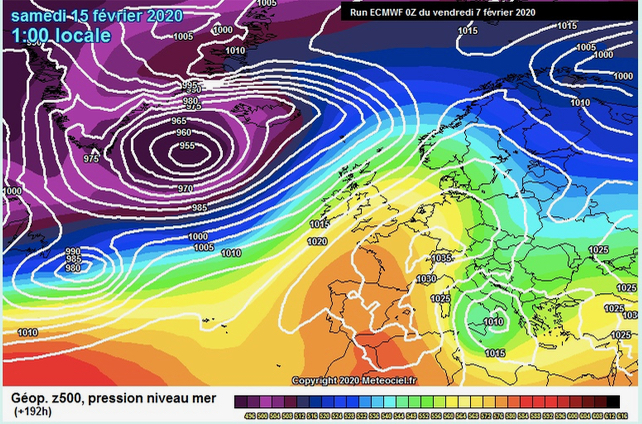 The mid-range forecast for February 15 from the ECMWF – suggesting high pressure may settle over the Alps in time for half term. Image: meteociel.fr