Severe Avalanche Risk in the Eastern Alps: But Skies Will Clear by Wednesday 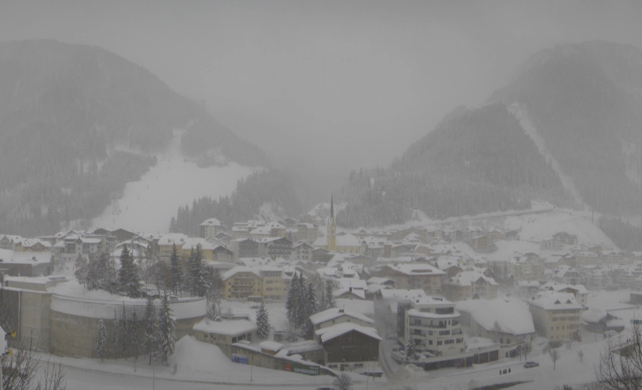 Ischgl on Monday morning: temporarily cut off, thanks to the avalanche risk to roads. Photo: ischgl.com

After yet more snow in Austria the avalanche risk became severe in many areas on Sunday night and Monday morning.

At the time of writing, the danger level in the Tirol now stands at 5/5 north of Innsbruck, in the Arlberg, in the Paznaun Valley and in the Zillertal, south of Mayrhofen.

Road closures are common. For example, Ischgl is currently cut off because of the avalanche threat to the B188 road, and so is St Anton.

In the latter, a handful of low-altitude lifts are open this morning, but the ski area is all but closed. Saturday saw a grim avalanche accident on the Langer Zug slope in neighbouring Lech, which killed three German skiers. The fourth member of their party is still missing.

Parts of eastern and central Switzerland have seen heavy snow too, with 50-100cm common in the last three days. Here too, the avalanche risk is currently 5/5 across a broad swathe of land that includes Andermatt and Davos.

Clearly, these are tense times, and there’s no immediate let-up in sight. According to forecaster Meteoblue heavy snow will continue in Austria, Switzerland and the French Alps today, before it begins to clear from the west overnight. Most parts of Austria will see more snow tomorrow, but it will be lighter.

In the east, skies will finally clear on Wednesday, and heavy falls are not expected again until the weekend, at least. Once the snow stops, the avalanche risk should become less critical. But thanks to all the wind-slabs that have formed during this latest storm, any skiing away from avalanche-controlled slopes will be risky for a time. Skiing with a qualified local guide is essential if you’re tempted to go hunting for powder.

The photo, below, was taken in the Skiwelt on Saturday when the clouds lifted for a time. Expect more of the same on Wednesday. At the very least, the piste skiing is going to be superb. 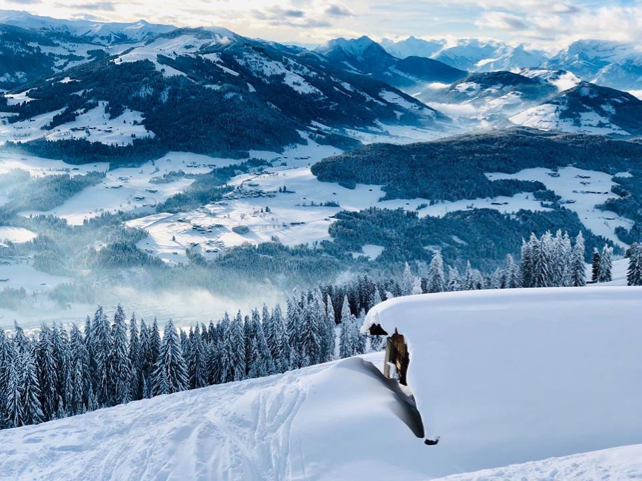 Meanwhile, in parts of the French Alps, the avalanche situation is only slightly less severe, even though the start of 2019 has been significantly less snowy than in the east.

After moderate snow last week the big change came at the weekend, which saw a proper dump. The Chamonix Valley, for example, had 70cm of the white stuff on Saturday and Sunday, and the Val d’Isere-Tignes area about 65cm. It’s sitting on a granular, unstable layer of snow and spontaneous avalanches are likely. The risk in both areas is currently 4/5 – but will ease up once the weather quietens. Some big skiing days lie ahead…

Here’s how it looked in Tignes this morning. 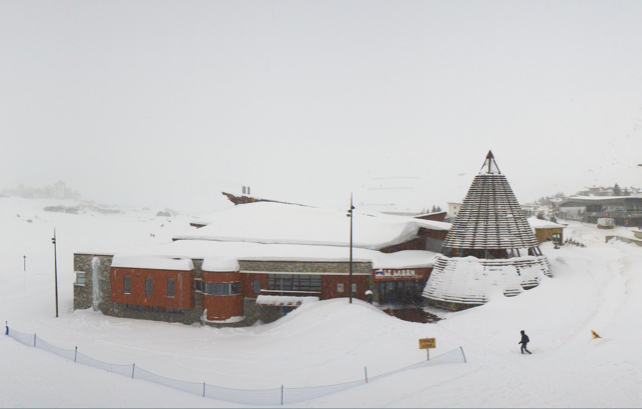 The snow has fallen down to 800m at times, and so conditions in the lower resorts have been transformed. However, it will warm up this week, with the daytime freezing point hitting 1800m for a time, so low-lying pistes may be hard-packed first thing in the morning. If you’re planning to ski them, give them a chance to soften in the sunlight first.

It’s worth noting that some of the weekend’s snow made it into Italy – but here snow depths are generally thin once you get away from the groomed pistes. Here’s how it’s looking above Canazei in the Dolomites this morning. 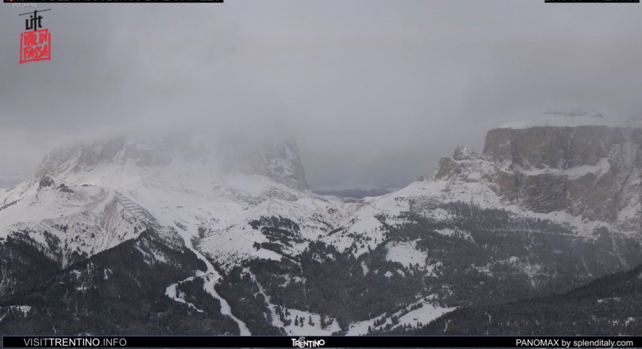 No Responses to “Severe Avalanche Risk in the Eastern Alps: But Skies Will Clear by Wednesday”